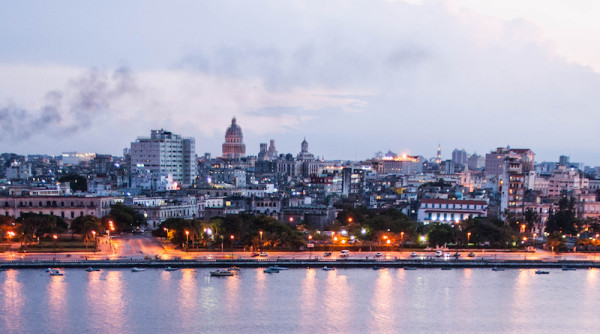 The world's largest airship is unveiled in the U.K., a cocaine-smuggling flight attendant, American hotel companies planning to change the landscape of Cuban resorts and more—this week in travel news.

An airship renaissance could be at hand. CNN reports that designer and manufacturer Hybrid Air Vehicles has unveiled its new, record breaking airship—the Airlander 10. At 302 feet long, the Airlander 10 is capable of speeds up to 91mph, has a maximum altitude of 16,000 feet and can stay aloft for five days at a time. It is environmentally friendly, has low engine noise levels and can take off vertically.

Originally designed for military use, Hybrid Air Vehicles envisions a future in which Airlander 10 has civilian uses as well. An even larger, more powerful ship—Airlander 50—is in the works.

USA Today reports that Brussels Airport will remain closed until at least Saturday following Tuesday's bombing. Brussels Airlines will be operating flights out of alternate airports in Antwerp and Liege. The flights that are scheduled to run are Intra-European only; Brussels Airways has not yet announced plans to restart long-haul flights.

A flight attendant ran after being selected for random screening at LAX. CNN reports she left luggage behind that contained almost 70 pounds of what DEA officials believe to be cocaine.

The case is renewing calls for 100% screening of all airport passengers and employees. The suspect is still on the loose.

U.S. hotel chains are preparing to enter the Cuban market. The New York Times reports that Starwood Hotels and Resorts plans to start managing two hotels in Havana later this year. The entry of American brands is expected to help raise standards and increase options for travelers.

Booking.com is getting in on the burgeoning U.S./Cuba relations as well. They plan to list Cuban hotel rooms in Havana within the next few weeks after reaching an agreement with a dozen Cuban hotels. They plan to list in other locations such as Cayo Santa María and Baracoa later this year.

Alaska Airlines announced on Wednesday that it is in the process of testing electronic bag tags. The tag will allow frequent fliers to register checked luggage during check-in via the Alaska Airlines mobile app—before even arriving at the airport. 500 frequent fliers will test out the new technology this summer. The tags have a two year lifespan and never need to be recharged.

Hopefully more airlines will catch on. This is the kind of innovation that could help with those long lines at the airport.

The results are in. SkyTrax's annual rating of the world's top 100 airports were announced on Wednesday. For the fourth year in a row, Singapore Changi Airport came in at number one. Denver International Airport was the first U.S. airport on the list; it came in at number 28.