The peanuts and water are free on United, but it doesn’t almost matter anymore. With legacy carriers nickeling and diming everyone these days and budget airlines pushing fares up in response to rising fuel prices, the difference isn’t so big these days.

There used to be a big difference. Aside from actually serving edible morsels called “food” and letting passengers check in their personal belongings, traditional airlines were the safe choices. And budget airlines actually used to be kind of scary. Putting personal preferences aside, let’s see how the little ones have fared against their competitors. The major ones include Frontier, JetBlue, Southwest, Virgin America, Spirit and a handful of smaller ones are the ones stacking up against the big guys these days.

But you can’t consider what’s going on unless you know what the traditional legacy carriers are doing. Let’s consider United snackboxes, now the only way to satisfy the hunger nearest you. Unless you plan on making a meal out of several pretzel bags, the average food-for-purchase averages around $7 which you can pay for with credit card. Random people on the Internet say the tapas aren’t bad< , but I’m still an advocate of bringing your own food on a flight. But we haven’t even gotten to the baggage issue yet.

The big airlines, United, Delta, American and US Airways all charge for baggage, which easily packs on another $50 roundtrip. Airfarewatchdog has a pretty up-to-date baggage fee list, and they warn you that “if you’re a heavy packer, you’ll want to fly with Airtran, Alaska, Frontier and Southwest.” I would even suggest JetBlue as well. And I’m also pretty sure I didn’t see any legacy carrier in that list. 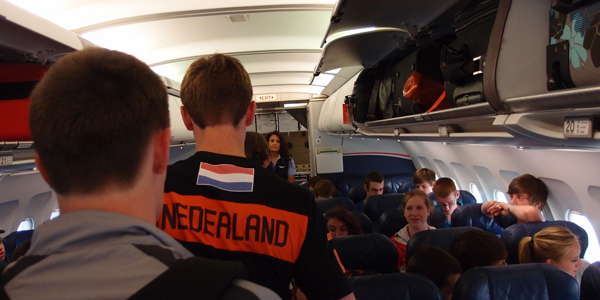 Meanwhile, JetBlue, a “budget airline,” offers the first checked bag free. There’s even an army of Terra Blue potato chips to assuage your hunger, according to my sister. Meanwhile, Southwest doesn’t charge for checked bags at all despite its crazy free-for-all, pick-your-own seat, throw-your-hair-around-and-get-wild boarding process. (It’s actually not that wild. I’m making it sound more exciting that it actually is.)

(Note: We will not address Spirit Airlines in this article, ‘cause they’re “special” and the fact that I used quotes should indicate what I think about them. Though Spirit fares tend to be low, they make up all that extra money by charging for carry-on baggage. It costs $30 to check a bag one-way, all the way up to almost $100.)

Volaris is a perennial favorite of mine of how a low-cost carrier should work. The budget Mexican airline primarily serves the U.S. West Coast and Mexico, as well as domestic Mexico flights. Generally, you wouldn’t want to throw the words “Mexican” and “budget” together, but flights are often $100 to $200 cheaper than similar routes with Alaska and United. They are basically the JetBlue of America, minus emergency-sliding flight attendants and toddler booting.

Let me explain my point of view. Though the primary hub operates out of Toluca, just outside of Mexico City, the airline offers an extremely cheap shuttle bus into the city. But no worries if you want to go to Mexico City direct: they serve the main airport too. When returning, it’s also possible to check-in at the Mexico City shuttle station where they drive you straight to the gate. But we haven’t even gotten to my favorite part yet. (If you’re wondering, the planes are new and clean.) During the flight, a Krispy Kreme donut is served. Okay, now that’s just cheap pandering. Pure win. While English support can be limited at times, service is generally satisfactory making Volaris one of my favorite budget North American airlines. 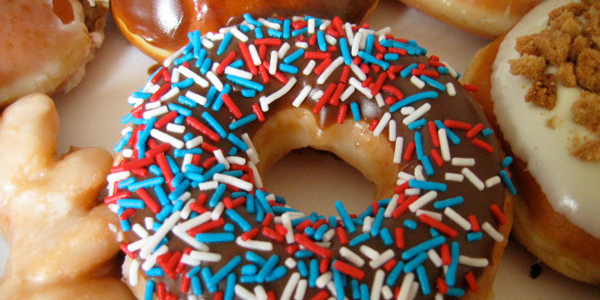 Who can say no to an airline that gives you a Krispy Kreme donut?

Halfway on the other side of the world, AirAsia remains the king of the budget airlines. The caveat is that everything operates out of their Kuala Lumpur, Malaysia-based hub and all meals and drinks need to be purchased. You used to be able to score relatively cheap flights on the airline if you looked hard enough (as low as $5 USD a flight on some routings during special sales), but things have definitely changed in the past few years making the airline look less attractive. You can thank rising fuel costs and crazy inflation throughout the region for that.

In comparison, traditional carriers in Asia have a tendency to dwarf all other airlines, making even United look like they’re trying to play grown-up with Mommy’s high heels. Asian carriers, more often than not, tend to pull the full stops when it comes to service: fresh hot towels, seafood salads and delightful, perfectly-cooked hot entrees. All of which is usually finished off with Haagen Daaz and wines flowing like Dionysus himself was on the flight. This actually exists, I kid you not. And surprisingly, the difference in price between the two is not that different.

To test my theory that there’s absolutely no reason that there is little to distinguish between legacy carriers and budget airlines, I ran a random search from Hong Kong to Melbourne, Australia. To fly on AirAsia exclusively cost a whopping $886*– just a whopping $17 short of flying on the 4-star, fully-featured and very reputable Malaysia Airlines. (AirAsia was the second cheapest fare; China Eastern airlines beat the price at $464. However, I am not a fan of mainland Chinese carriers, which are often plagued with numerous delays and shitty service.) Though they’re not quite Singapore or Emirates, there’s no doubt Malaysia is above average. Skytrax is generally pretty reliable in ranking airlines, if you’re curious. 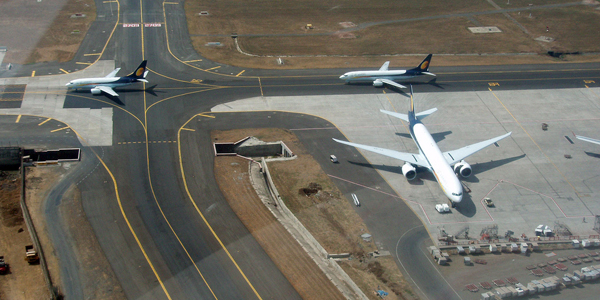 As long as the airport isn’t hours away, please.

Then there’s Europe, where travel is often better done by land. By vilifying Ryanair for a second, using budget airlines can be a disadvantage for the price-conscious consumer. Many discount airlines try to lower their airport fees, so they tend to use smaller and distant airports. While you may save on the fare, you won’t save on the transportation to get to the airport. For instance, Ryanair’s Paris Beauvais Airport (BVA) is over 50 miles (80 kilometers) outside the city center. The bus is about €14 if you book in advance, obviously much more if you use a taxi. What if your cheapo flight is at 6 am all the way out of town? Transportation costs go up if there’s no public transport available.

So what’s the point? There’s very little difference in picking a big carrier or a little carrier sometimes. A name is just that: a name, and it can’t guarantee you anything. All you really want to do is get from point A to point B at the end of the day, so save yourself the headache and go with the best option for you.

*All prices are quoted in USD unless otherwise noted.