Map Happy » Transit » Flights » Airports » Are Airport Lounges Worth It?

It’s easy to fall in the trap to think because most North American lounges suck, all lounges are like that. But when I’m gunning for status, I’m not gunning for free upgrades or checked baggage. I’m gunning for lounge access.

Airport lounges are often touted as the ultimate relaxation area, a place where all the goodies are free and unlimited, whether that’s the Wi-Fi, the wine or both. Unfortunately, there are a few barriers to entry otherwise they couldn’t otherwise retain their allure and mystique. In reality, not all lounges are created equal and there are some that definitely aren’t worth the hassle. Ultimately, whether lounge access is worth it for you will be determined by your travel patterns and needs.

If you’re more of a domestic traveler, I’d pass on making it a priority; but if you’ve always got a few international itineraries in your bag like I do, then it’s probably worth going out of your way to get lounge access of some sort. Though there are exceptions like the flagship Star Alliance lounge in LAX and the Virgin Atlantic Clubhouse in JFK, most domestic lounges can’t hold a candle to lounges abroad. That’s because North American lounges tend to generally fall somewhere from average to below average along the spectrum. But don’t underestimate the good life or the power of a shower on a 17-hour flight.

If you’re already traveling a shit ton, some of the nicer lounges like the ones in Europe and Asia aren’t that much harder to gain access to. That said, we’ve got a breakdown so you can make an evaluation for yourself.

Wi-Fi and beer. What more can you ask for? (Karl Baron / Flickr)

Some credit cards offer lounge access or discounted lounge access through Priority Pass, one of the most popular paid lounge subscriptions out there. Other lounges allow one-time or one-day access for an extra fee; for instance, Air Canada offers Maple Leaf Lounge access on select fares from $25 to 50 USD. I remember stumbling into a Doha lounge for about $75 a couple of years back out of desperation and exhaustion instead of shelling out for a cheap hotel — but I can’t say it was a much better place to sleep than by the gates.

Though the amenities can be fairly decent, for the most part, if you can pay to get in, these lounges just aren’t quite representative of the top tier of lounges. If you compute the cost of buying everything you want at an airport whether it is Wi-Fi, food, snacks, water and alcoholic beverages, these lounges generally tend to be poor value. It’s often cheaper just to go a la carte.

Then there’s the lounges that only allow you in based on airline/alliance status or the class you’re flying in. These tend to be the swankiest from Cathay Pacific’s The Wing lounge at HKIA to Singapore’s Changi business class lounges. These lounges stand out as some of the crème de la crème in my mind; I’m hardly joking when I’m saying that it’s Disneyland but for adults. But you can’t buy your way into these, at least not cheaply. That’s why you’ve got to suck it up to gain status or face paying the high premiums of a business-class ticket.

Thankfully, most airlines are part of an alliance so you’ve got access to other partner airlines. United has access to Star Alliance, arguably the biggest alliance out of the bunch which includes Thai, Singapore and Lufthansa, all great airlines. American also has access to OneWorld, a small but highly respected group of airlines that includes British Airways and Cathay Pacific.

If you’re gaining access through status, the entrance cost of the lounge is generally paid by the airline you’re flying on. The rules can be somewhat weird if you’re based on a program in the States—most United elites can’t access clubs at home unless they’re on an international itinerary—but for the most part, they’re pretty consistent. I usually encourage other travelers to gain lounge access through this method because the other benefits that accompany status often make it more than worth it.

What kind of amenities should I be expecting? 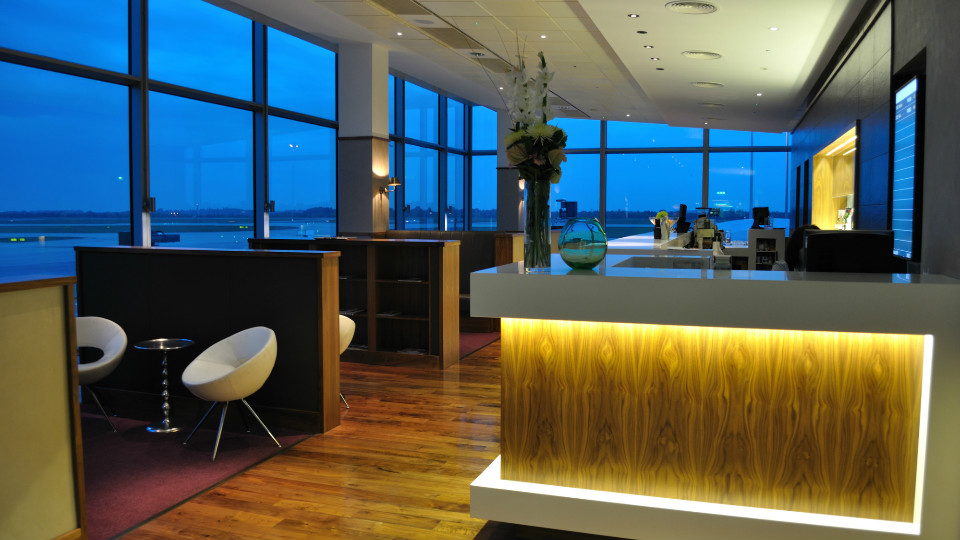 Aside from providing a quiet place to sit, most domestic (North American) lounges like to serve up some juice, crackers and a few nibbles. They’ll even throw in free Wi-Fi to make you feel like a bonafide productive citizen of the world. But as far as I’m concerned, I’ve even had trouble tracking down the free Milanos in some of the United Clubs in recent years.

If I enjoy sitting in a particular lounge, I’ll often rock up to an airport a few hours early just to unwind, relax and work if I can. But for a domestic flight, I’ll try to get to the airport as late as possible for my flight. The lounges just aren’t worth it.

The bigger and more international-minded lounges tend to splash out a more, offering a buffet selection of hot food and beverages, which can be served buffet style or order-to-cook. I once treated myself to a full three courses in Turkish Airlines’ Istanbul lounge before topping it off with coffee and dessert before I boarded for my flight. Vino and spirits are often included, if that’s how you choose to unwind.

Some lounges also offer business services, showers and/or a specific zoned-off rest area for those in transit. Though it may sound indulgent, it’s actually these specific amenities that can make you feel a gazillion tons better by the time you step off a 30-something hour flight. Besides, there’s nothing like free last-minute printing during a layover when you just happen to realize you never printed out the confirmation for your Turkey visa.

Of course, the sky’s the limit for some. You can join in on a movie, play some Xbox and even drop off the kids in la la land while you roam around. Or god, forbid, jump in for a massage. If I’m going to lose the entire day in transit anyways, there’s no reason not to head to the airport early so you can kick back a little bit with a glass of Scotch before you’re taken for a mind bender.

You get better customer service in lounges.

Most lounges staff an agent or two at the desk who can help you with your flight if you run into a problem. This is usually limited to the airline that’s operating the lounge; if you’re flying on Air New Zealand and bumming in a United lounge, you’re SOL. If you’re on a United flight then the sky’s the limit. The best thing about it is that customer service agents in the lounge are rarely busy and the wait is often super short. For example, if an entire flight has been canceled, you can bet every traditional form of assistance is going to be busy reaccommodating 300 people. But the lounge? You could be in and out in under five minutes with a new flight in hand.

I met a fellow passenger once who paid the annual fee for the United Club membership solely just so he could have a dedicated customer service line. It was worth it to him and though I could see the logic in it I personally draw the line paying for something that should be available for free. Excellent customer service shouldn’t have to come at a premium… but it’s worth thinking about.