Dive into Turkey, with everything you need to know in a quick glance. This is only a taster of the hot mess of West and East you’re about to encounter.

Turkey is literally the only country in the world that straddles two continents, Europe and Asia. It’s such a conglomeration of Greek, Christian, Ottoman and Muslim culture that you could practically argue it’s the birthplace of civilization. Still, it’s a huge place so make sure you give the country its due. Two weeks is just barely enough to tease the western side of the country, like I found out the hard way.

Even if you’re in it for the Istanbul shopping, the Mediterranean-like beaches, Cappadocia hot air ballooning or studying the history of practically all religion, there’s something for everyone here. With copious amounts of Turkish tea and künefe, I hope.

This series covers the need-to-knows like the visa situation or what that dollar is worth so you can get the ball rolling. Where you eat, sleep and play is up to you because we just couldn’t take the best part of planning away from you. 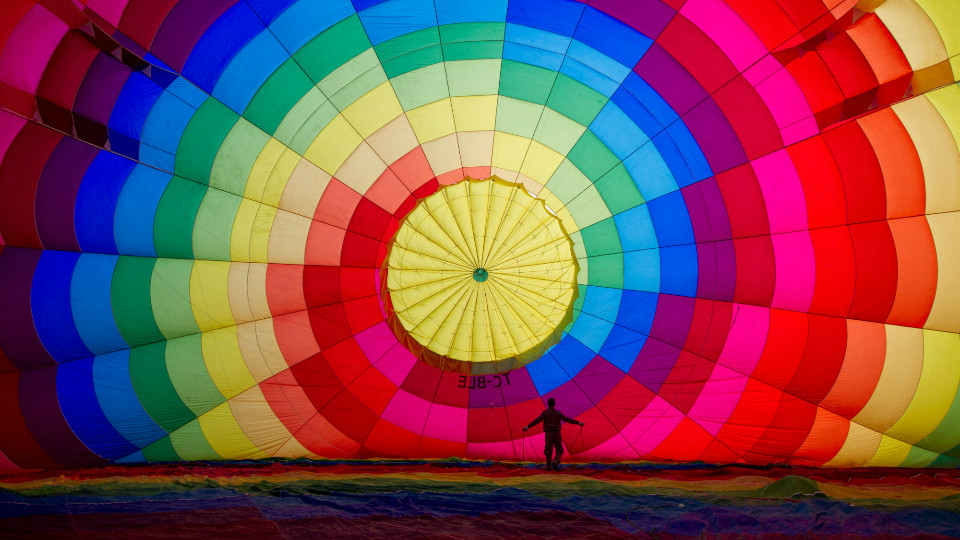 Everyone speaks Turkish more or less. Though there are people that speak English, it is actually not as common as you’d think. Expect this situation to get worse the further east you travel and especially in smaller regions outside of Istanbul, like Cappadocia and the areas near Georgia or Armenia.

The country’s major international airport is Istanbul Atatürk Airport (IST). It’s located on the outskirts of the city but the city is so large that it could take you anywhere from a 30-minute to a 90-minute ride to your destination. Istanbul’s traffic is notoriously bad and, yes, it’s the only city I’ve ever seen that’s actually comparable to Los Angeles traffic at its worst. You can get to wherever you’re headed the metro, the Havataş (the express bus system to Taksim) or by taxi. If you’re grabbing a taxi, make sure to get the approximate cost from the hotel or hostel because some drivers do like to overcharge. Sabiha Gökçen Airport (SAW) is the capital’s regional airport.

The cost of a visa for Americans is US$20 / €15. In a weird twist of fate, Canadians must pay US$60 / €45. At this current point, because of the exchange rate, I’d suggest paying in Euros if possible because it’s cheaper. This gives you a multiple-entry visa good for 90 days to enter and tour the country.

It’s recommended you apply and pay online ahead of time—payable in Visa and Mastercard—before you enter the country. Otherwise, it may be possible to buy a visa from an automatic machine before immigration at IST but this is not advisable.

Turkey is large and vast. This is not a place where I’d suggest you wing your itinerary without a bit of challenge here and there — it may not be particularly easy to get where you want to go from where you’re at. For instance, getting from Cappadocia to Mount Nemrut is not an easy task without a car and, even then, involves a fair amount of driving time.

If you’re heading short distances between well-traveled routes, bus will suffice for the most part. However, due to distances and time constraints, I’d suggest most travelers who want to see and get a decent chunk of Turkey fly using Pegasus, Turkish Airlines or another budget airline. Skyscanner is a fairly inclusive airfare search that includes the bulk of them.

In Turkey, the two commonly accepted denominations are the Turkish lira and the Euro. It is often a lot easier and cheaper to pay for things in lira but as the country further modernizes and integrates with the EU, expect to see prices in Euro. Credit and cash are both accepted but cash is, and will always be, king.

Just round up to the nearest whole dollar. There is not a big tipping culture. 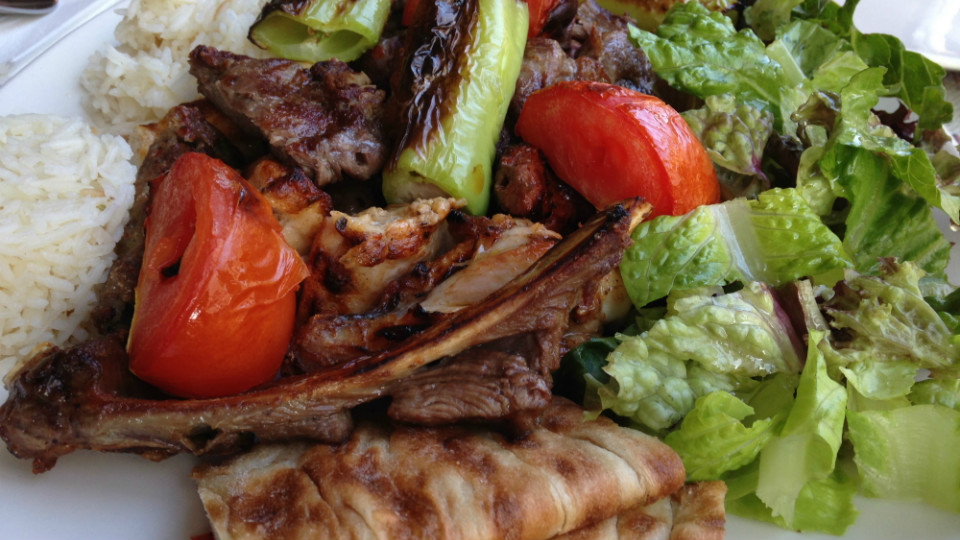 I hope you like mezzes because there’s lots of them in Turkey. Whether it’s waking up and having some olives, bread, butter, honey, jam, tomato, cucumber and the absolutely prerequisite Turkish tea (çay), it’s a staple of Turkish life.

Turkish food is full of meats and kebabs, whether it’s in the form of köfte (meatballs) or dürüm (wraps). Eggplant (patlıcan) beans, tomato, garlic and cucumber in a slew of spices are the most commonly used ingredients in Turkish cooking. If you’re craving something comfortable, we’d suggest getting some mercimek çorbası, a lentil soup that’s a staple in homes and restaurants.

For desserts, try baklava or künefe, a dish made out of goat’s cheese stuffed in a pastry, doused in sugar and then covered with pistachios. It’s divine and you won’t regret it, as my gut didn’t the entire time I was there. There’s also Turkish delights, lokum, that dessert best known for its role in The Lion, the Witch and the Wardrobe. If it’s good enough for Narnia, it’s good enough for me.

If for some reason you get sick of the tea—god forbid—Turkish coffee is an alternative to washing down all the food.

Not recommended, though it can be safe, if not great-tasting. It depends heavily on the region. Suggestion would be to go with bottled water.

Though many people consider Turkey to be the melting pot of the East and the West and the country has played host to a wide range of cultures from the Greeks, Christians, Ottomans and more, Turkey is still very primarily Muslim. However, Turkey likes to consider itself as one of the most secular nations out of the Middle Eastern countries.

Females might want to be mindful of their attire, such as showing bare shoulders or midriffs, in churches and mosques like the Blue Mosque or in more conservative parts of the country. You might want to consider bringing a scarf just in case. 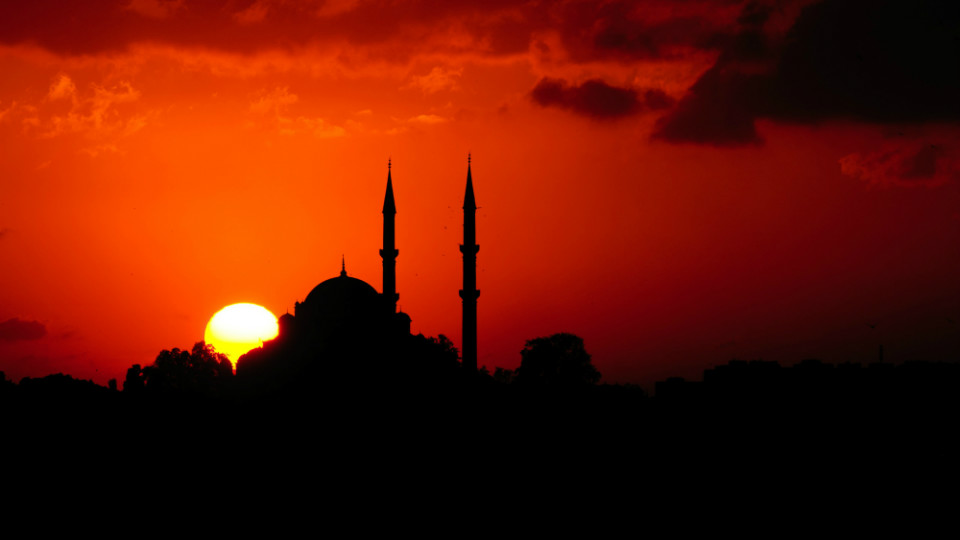 The country code is +90. The big network providers are TurkCell, Vodafone and Avea. Prepaid SIM cards can cost anywhere from 20-50 lira though more current rates can be found on each network provider’s site.

Dial 112 for an ambulance, dial 110 for a fire and dial for police. In rural areas, dial 156 for gendarme, a military unit for rural security. These calls are made without charge. Turkey is not immune to petty crime so just be cognizant of your belongings though I wouldn’t be overly paranoid about it. Drive defensively and don’t flash wealth or expensive items.

If you’re traveling in Eastern Turkey, Wikivoyage recommends you carry a form of identification or your passport with you at all times just in case you run into the military. It goes on to clarify:

If you intend to travel to Eastern or Southeastern Anatolia, stay ahead of the news. Although it offers many beautiful sights, the situation is far from secure due to ethnic strife and protests, sometimes resulting in violence. The region is far from a war zone, but take precaution when visiting this volatile place. The real risk of threat is not very big though, if you stick on major routes and follow common sense rules (such as avoiding demonstrations).