Essentially, fifth freedom flights are normal flights that operate between two different countries with the difference being that the airline is based in a totally different country than the origin or destination. An example of this would be a British Airways flight from New York to Toronto or even a New Zealand flight from Los Angeles to London. Think of it as an airline from Country A that flies from Country B to Country C. The main advantage of these flights? They’re either usually on better airlines and on better aircraft than a normal flight.

Everyone knows it. North American airlines generally suck all around. It’s no myth that Asian and European airlines, on a whole, perform their jobs a better. If I’m personally given a choice, I fly the foreign airline, even if it’s one I’ve never heard of, for the sole purpose of avoiding an American airline. (One British friend of mine took United recently to the States for the first time from London. “I’m firing my travel agent,” she quipped.)

The nice thing about fifth freedom flights is that they’re often appendages to existing, long-haul routes. Let’s take United as an example, though I’ll explain later why this route doesn’t qualify. Its Los Angeles to Sydney flight is the main flight for delivering the majority of its customers to the land of kangaroos. From there, passengers need to switch to a connecting airline if they’re going anywhere else. The second-most traffic in the immediate region is to Melbourne, Australia’s second most-populous city. For that reason alone, there’s usually enough commercial viability to justify a Sydney-Melbourne leg immediately after the long-haul flight.

That means not only do you usually get to fly on a much better airline—depending on who you pick, of course—the planes are often a lot newer, nicer and bigger all-around with state-of-the-art in-flight-entertainment systems. Not to mention, the flight crews on these long-haul flights tend to be more experienced and well-trained. 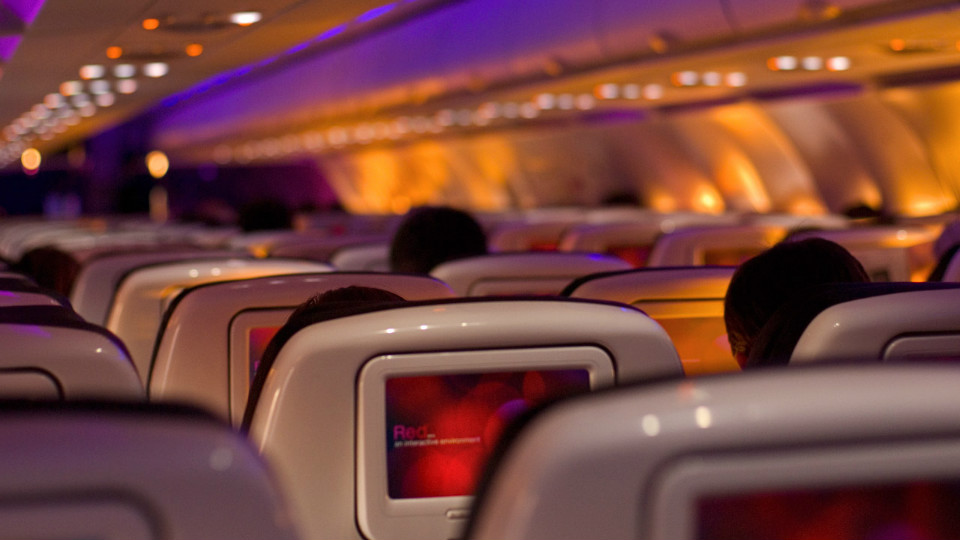 Buckle up for some proper IFE. (Sathish J / Flickr)

(I’m going to get nostalgic for a minute: I remember taking one such “big plane” as a kid and asking my mother how come there were all these movies in the back of each seat. I had never seen one on a domestic flight before. She explained the plane was most likely going to fly an international route.)

Unfortunately, fifth freedom flights aren’t the easiest things to search for. Some interesting ones other travel bloggers have found include Ethiopian Airlines from Los Angeles to Dublin, LAN from Auckland to Sydney, Singapore Airlines from New York to Frankfurt, Korean Air from Los Angeles to Sao Paulo and Cathay Pacific from New York to Vancouver. Emirates even has a whole slew of them, according to the Australian-based Centre for Aviation. I’ve inadvertently also ended up on a few, though I didn’t know what they were at the time.

Compared against local options, they are sometimes the better choice. For example, The Travel Codex explains:

Earlier this year, I needed a random one-way segment from Hanoi to Bangkok… The cheapest ticket was on AirAsia but for $5 more, I could buy a ticket on Qatar Airways. Hmm, an A320 on a low-cost carrier that will charge me for everything or a Boeing 777 on “the world’s five-star airline?” Easy decision.

Easy decision for me, too.

Can I take one between two domestic cities?

So now that I’ve got you dreaming about hopping a Qantas flight between New York and Los Angeles, I’ve got to burst your bubble. The answer is no.

In aviatiationese, this is called “cabotage” and it’s a rule that “prohibits foreign aircraft from one country traveling into another country and picking up foreign nationals or citizens of the other foreign country and providing transportation to and between points within that foreign country.” So that United example I provided earlier? United can’t pick up passengers in Sydney: It can only provide transportation to Melbourne for the passengers it originally picked up in the United States.

What does “fifth freedom” refer to?

The freedoms of the air are essentially a “set of commercial aviation rights granting a country’s airlines the privilege to enter and land in another country’s airspace,” according to Wikipedia. This is governed by the Chicago Convention on International Civil Aviation, which was established in 1944 to regulate international airspace.

There are several freedoms—nine to be exact—but unsurprisingly the rule that we’re dealing with here is the fifth freedom. The fifth freedom lets an airline carry revenue traffic between foreign countries as a part of a connection to the airline’s own country. For instance, let’s think about the Singapore Airlines flight from Singapore to New York really quick. There’s also a direct flight from Frankfurt to Singapore, so why not have a flight from New York to Frankfurt?

Back in the day, before aircraft technology was able to serve more nonstops, fifth freedom flights were pretty much essential for long-haul flights. These days, they’re just nice.