There used to be a point in time where I used to joke around that if I had to fly to Australia one more time, I would just finally move there. It is a really long way from anywhere, no matter which way you slice it.

By the time I added up all the time I spent there over multiple visits, I had almost spent a solid three or four months just bumming around the country. (There was a boy involved.) Though it can be an expensive place to be—depending on how the exchange rate is currently faring—life is generally good in Oz. I’ve always likened it to California but with far less people and far more kangaroos.

It still boggles my mind the vast majority of Australia’s population is in the southeast, Sydney and Melbourne. (From an American standpoint, it really isn’t even that big population-wise at all.) There’s pockets of civilization scattered there and about around the coast but it’s basically Uluru and lots of desert in the big fat middle. But that discounts great attractions like the tropical north, the ridiculous Whitsunday Islands and the western side of the country.

Most people will find Australians are a friendly, down-to-earth sort with a culture that falls somewhere between its Commonwealth roots and America’s openness. So whether you’re honey tasting in picturesque Tasmania or dining in front of the Opera House by the waterfront, there’s plenty to enjoy. This is a place where people take their coffee, music and design seriously. I always like to think Australians are the original hipsters.

Things don’t move as fast in Oz as they do, say as Hong Kong or New York but that’s a good thing. It’s about stopping and smelling the roses here. 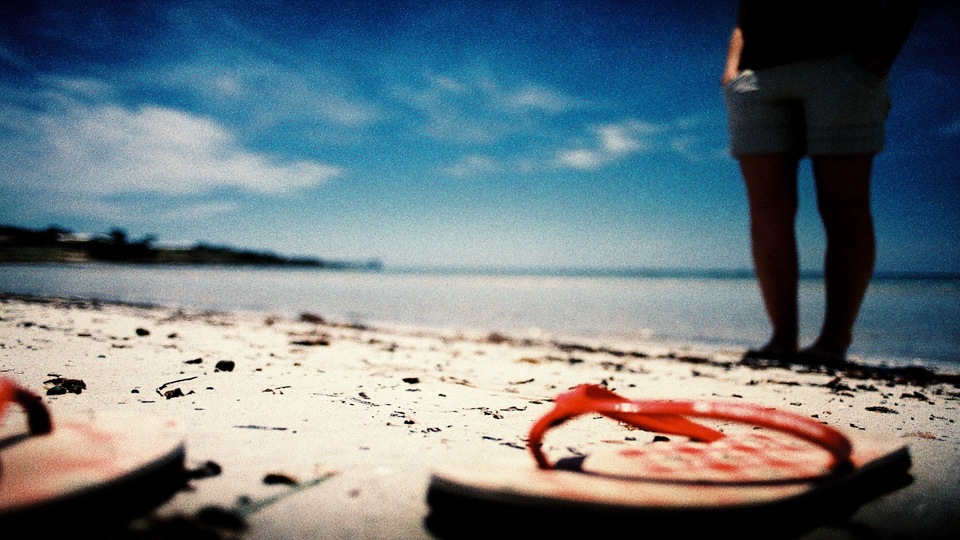 Everyone speaks Commonwealth English. This means “servillettes” instead of “napkins,” “biscuits” instead of “cookies” and “aubergine” instead of “eggplant.” Spelling also follows British English, so don’t be surprised if you read about a five-metre, three-storey building instead of a five-meter, three-story building in the local paper. Pretty most, if not all, people will understand American idioms and phrasing due to the pervasiveness of American culture and TV.

The country’s major international airport is Sydney (Kingsford Smith) Airport (SYD). Even if you’re connecting to Melbourne or anywhere else, expect to pass through Sydney first.

The cost of a visa for Americans, otherwise known as the Electronic Travel Authority, is AUD$20 / $17.56 USD. This gives you a multiple-entry visa good for 90 days to enter and tour the country during each visit. The visa is valid up to one year. If you’re transiting through Australia for less than 72 hours, there is no cost but you still must apply for the transit visa (subclass 771).

It’s recommended you apply and pay online ahead of time—payable in Visa, Mastercard, American Express, Diner’s International and JCB—before you enter the country.

This country is just as big as the United States. Within some cities, such as Sydney and Melbourne, it’s possible to get around without a car. However, to get out of the city for day trips and to see a little bit of the ‘burbs, you will most definitely need a car. It’s more than possible to rent one through companies such as Redspot, Avis, Aries, Hertz, Budget, Europcar, Thrifty and No Birds. Thanks to a large backpacking community, it’s also relatively cost-efficient to get a secondhand car if you plan on being in the country for an extended amount of time. Be sure to read up on laws regarding insurance if you go down that route.

Generally, driver’s licenses are valid for three months after arrival if in English; if not you might want to consider bringing along an International Driving Permit. You’ll also want to take special care driving on the opposite side of the road if you’re used to driving on the right. Beware of kangaroos in more desolate areas (see Safety).

Cross-country travel is best done flying for those on short visits. For instance, it is said that it is quicker to fly from Singapore to Perth than it is to Perth to Sydney. There are daily flights between Melbourne and Sydney for relatively cheap (~$100) roundtrip with some advance notice. Looking into a flight pass might be worth it if you plan on doing an extensive tour of the country. 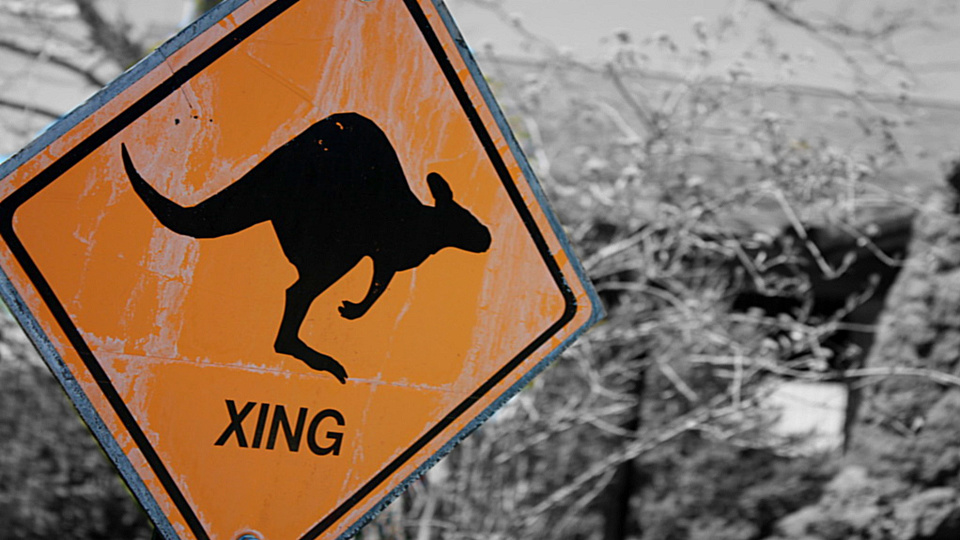 The Australian dollar rules supreme here. Don’t expect prices to be similar to the cost of things in the U.S.; because the majority of goods are imported, the cost of most goods is relatively high compared to the country’s American cousin. (And you thought you were going shopping!)

Expect to spend around $20 per person at a sit down meal at a normal, mid-range Australian restaurant or cafe, sans drink. Luckily for most Australians, the minimum wage ($16.87 AUD per hour) is relatively high to account for the high cost of living.

Credit and cash are both accepted.

No one tips in Australia. Salaries and wages are often high enough that most people don’t feel tipping is justified, including for waitstaff. However, if you’re in a fine dining establishment and the service has gone above and beyond, it is acceptable to tip about 10 percent or so.

Strangely, Oz remains a relatively agricultural country. On the bright side, this means that Aussies has some of the best and freshest produce you’ll see around. Most people still primarily shop at farmer’s markets instead of supermarkets as a part of daily life where, in some cases, goods are significantly cheaper.

Eating out can be expensive. Cafe meals will cost around $10-15 per person; midrange restaurant meals can cost about $20-25 per person. The price grows exponentially from there on out. If you want to cheap it out, its time to develop a love for meat pies. To find out where everyone goes to eat, opt for Urbanspoon instead of Yelp.

Foodies will love this country. For example, The Good Food Guide gets published each year for the biggest metropolises, which is akin to the country’s own personal Michelin food guide. Instead of three stars, only the best restaurants are awarded Three Hats. Sydney, Melbourne and Brisbane publish their own rankings for their city. The guides are available for purchase but it’s easy to find the list by Googling. 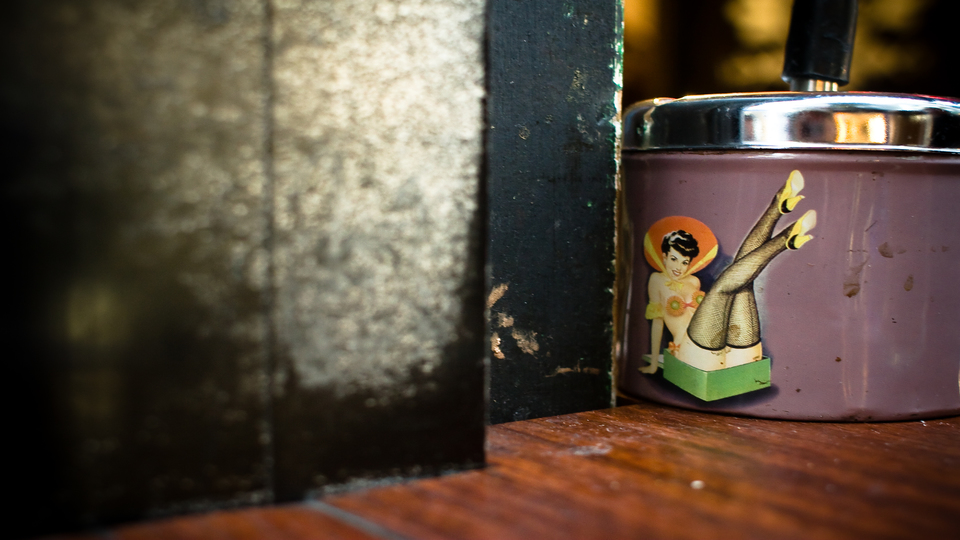 Cafés open in the early morning and close sometime just after lunchtime and early afternoon, around 2-4 p.m. at the very latest. Don’t expect to sitting there until midnight à la Starbucks. Por qué? Because that’s when its time to start heading over to the pubs.

Plan on eating dinner early if you’re eating out. Though it’s (barely) possible to find establishments open later (hint: go to Chinatown), most restaurants close by 7 or 8 p.m. That’s because, as a culture, most Australians still eat dinner at home together for the most part. Crazily enough, the stats show 77 percent of Australian families still eat dinner together five or six times a week.

People start going out around 10 p.m. for the most part.

Some of the cleanest water ever.

The country code is +61. The big three cellular phone providers are Telstra, Optus and Vodafone. The most well-regarded is Telstra, which is also the most expensive.

Safe as a button from people. However, Australia is known as having some of the most dangerous creatures on earth including some of the most dangerous spiders, jellyfish, crocodiles and other assorted things that-go-bump-in-the-night on earth. (Specifically, the Huntsman spider, the Sydney Funnel Web spider, the Red Back spider, box jellyfish, saltwater crocodiles and blue ring octopus.)

Have you ever seen a large, 6’2 Australian man cower in fear over a spider? I have.

Kangaroos are known to be a menace further out in the open road in less inhabited areas, often running out just as a car drives along, creating dangerous driving accidents. In some cases, they’ve been known to obliterate a vehicle and bounce away. (I say this with a straight face.)

Australian-type plug. Same as Argentina. It must be a Southern Hemisphere thing.