Colombia used to be considered too dangerous for the average tourist to touch. But then something happened: Things calmed down and the country started popping up on every top destinations list a few years ago.

Today, a mention of an upcoming trip there to an older generation might raise some eyebrows, but the country’s infamous drug trafficking and guerilla violence activity has subsided substantially. Still not sure? The country is pretty much free of travel advisories and is just as safe as the next country—and with its salsa-crazed and aguardiente-fueled population, a lot more fun. Besides you wouldn’t want to miss Colombia’s beaches, mountainous coffee country and buzzing cosmopolitan cities. From tropical Cartagena to the dry Andes mountain ranges, there’s something for everyone here depending on what mood you’re in.

Some might argue that the knockout attraction are Colombians themselves, known for being some of the most genuinely friendly and respectful people out there. Everyone told me that before I left but it took me a visit to really get it. And when you’re invited with (actual) open arms to stay at someone’s country home with their family a half-hour after meeting them, I bet you’ll get what everyone means, too. 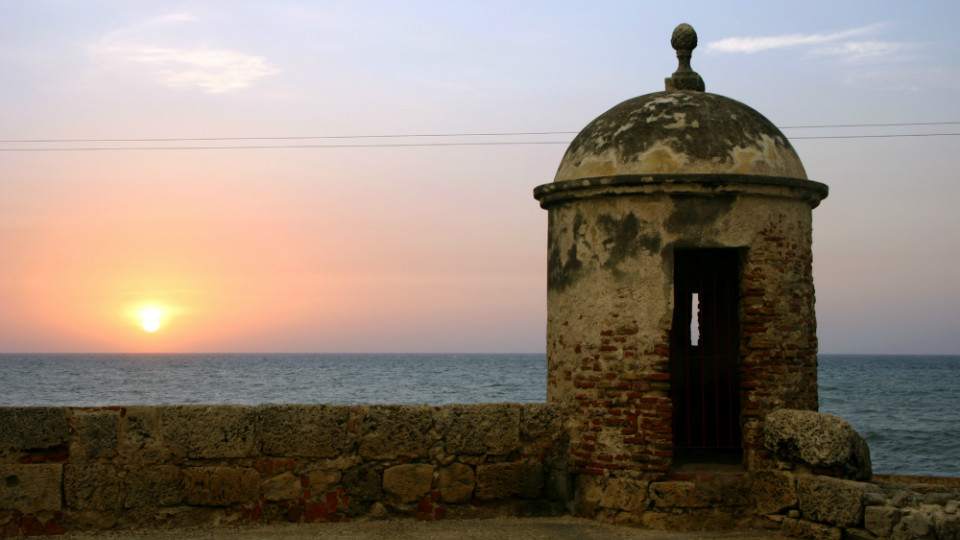 The Spanish spoken in Colombia is considered to be the most neutral accent of all the Spanish spoken in Latin America. So, if you’re looking to learn the language here is a good place to do it. It should be noted Colombians are known for their “proper” Spanish and this includes their penchant to use the usted and ustedes form in its proper format. There’s no slangy Mexican Spanish here; leave that at home.

It is rare to find someone who speaks English outside the hospitality sector, so make sure you’ve got a good grip on your Spanish before you go.

The major international airport here is in the capital city of Bogotá and has the illustrious name of El Dorado International Airport (BOG), the same name of that mythical golden city. From Miami it is also possible to reach other parts of the country directly, even if Bogotá is the most popular entrypoint.

No visa is required for most visitors staying less than 90 days.

If Bogotá is your first stop, there are a variety of ways to get around town including taxis, buses and Bogotá own public transportation system, Transmilenio. If you are staying in La Candelaria, expect a 30-minute taxi ride to your accomodation. If you’re using public transport, it will take you about an hour. Traffic is a huge problem in Bogotá, though it’s been alleviated somewhat in recent years thanks to the current administration’s emphasis on developing public transportation.

Don’t be fooled, though, Colombia is a relatively large country that spans long distances despite how nice it looks on the map! The quickest, easiest way to get around the country is with operators like Avianca and LAN. (It should be noted that some airlines may only take Colombian or American credit cards when paying for a flight. It is not uncommon for foreigners running into issues when paying for flights in Colombia.)

If a route is not served by air, it is more than likely bus travel can step in as a replacement, as we’ve mentioned is the case in much of South America. Just make sure you’ve bought your ticket and confirmed the schedule ahead of time, as schedules do and often shift by season.

The major currency is the Colombian peso (COP). Major credit cards are accepted at most places, though in rural parts, like most of the world, this will gradually change the further and further you get out into the countryside.

Most travelers should be aware though that certain ATMs from local banks may have issues dispensing cash. If your card is declined, just be aware that it might not be your bank but an issue with Colombian banks. Some ATMs pose no issue, however, so sometimes its worth it to load up before heading out.

In places like restaurants and hotels 10% tips are appreciated and also expected. Most people don’t tip in bars. 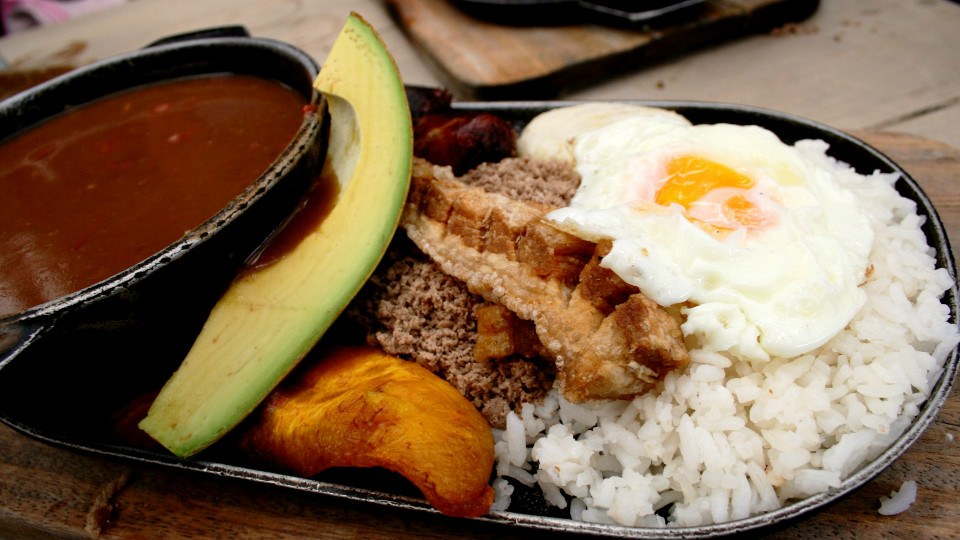 Due to Colombia’s range of climates, the fruits in this tropical country are plentiful and lip-smacking delicious. Consume it in any form you fancy; right from the fruits themselves or in juices abd smoothies from stands, which can be found anywhere, but are especially common along the coast.

For beverages, there’s of course Colombian coffee from the everpresent Juan Valdez—a Starbucks doppelgänger—to national home favorites such as Sello Rojo. For a different type of kick, everyone drinks aguardiente, which literally translates to”fire water.” Colombians are known for how much they love to party and drink but they also (generally speaking, of course) hold their liquor well.

Lunch is the big-deal meal here and it usually happens between 12 and 2 pm. Dinner is around 7 or 8 pm, and people go out for the night around 10 pm. (Keep in mind while it may be easy to eat out in the “big city,” residents in small and medium towns may err on the side of eating at home.)

The water is potable but you’re safest consuming bottled water out in the rural areas.

The country code is +57. The main mobile operators are Claro Colombia, Movistar and Colombia Movíl (TIGO). 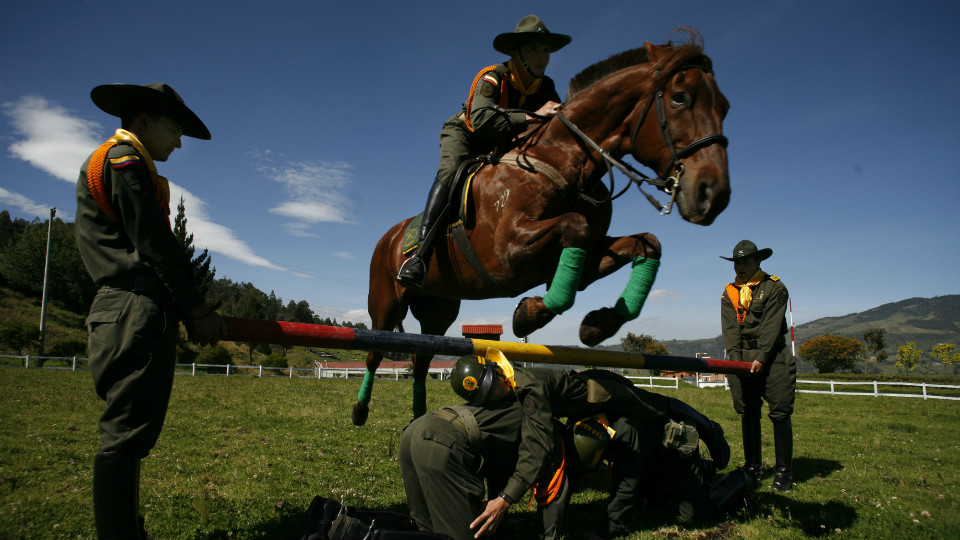 They do take their job seriously in their offtime. (Policía Nacional de los colombianos / Flickr)

Between drug-related crime and guerrilla activity Colombia was considered a no-go place for some time. Really only up until a handful of years ago did the world take note that things had changed. Today, the country bustles with tourists, even in a city like Medellín, which prior, for all intents and purposes, run by a drug cartel. (I didn’t make it to the city, by the way, and I regret that, because everyone raves about it.)

Of course, nothing has disappeared entirely. There still are drugs as there are anywhere in the world and rebel groups still are active in Colombia, though they really only operate out in rural regions. By and large, the country is considered safe to visit. One famous statistic notes that Bogotá might even be safer than Washington, D.C.

Most people should be fine with the same plugs as in the U.S.