I would have liked to know what I was getting into beforehand. Before I was standing the entire time for a train ride, without any AC. There are definitely a couple of things to be aware of, well, to make it a pleasant journey.

Riding with a Eurail pass is not just like riding on any train. I wish I had figured that out before I spent a solid three months running around Europe with it, though. Just make sure you’re aware of these things when going along for the ride.(For a brief overview of the Eurail pass, check this post out.)

To ride certain trains, like the high-speed TGV in France or Le Frecce in Italy, seat reservations are mandatory. For others they’re only recommended. Not all trains have seat reservations; the best way to figure that out is through Eurail’s Rail Planner App. Just so it’s clear: To make a seat reservation, Eurail pass holders will also need a ticket or confirmation of the train reservation in addition to the pass.

Reservations are especially important during the high season, which is from May to August, because trains fill up and there may not be a train without an open seat. During low season it’s possible to get by without one. (It’s also possible to reserve at the station right before boarding but those doing so run the risk of being turned away for a full train.) 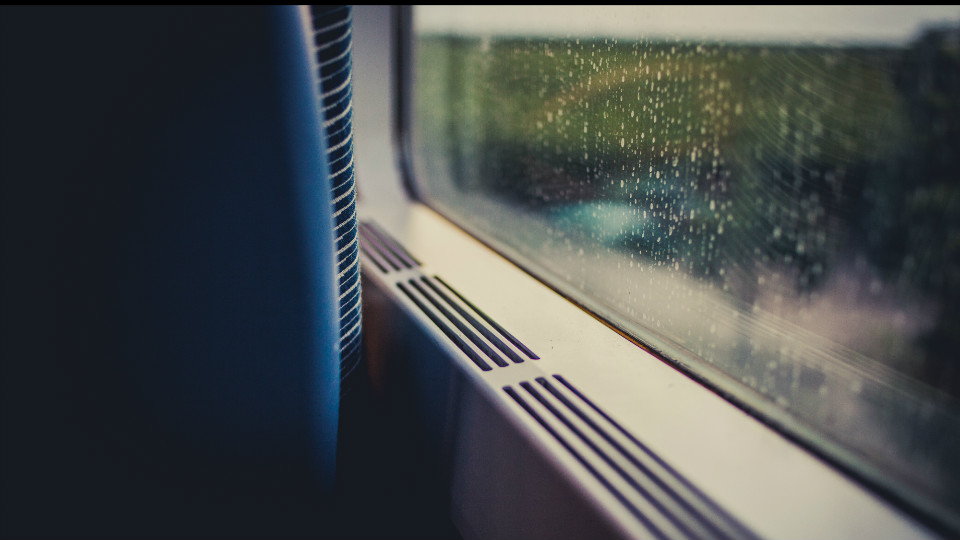 There are often several ways to reserve a seat, though. The best way to do it is online or to pop into the train station a day ahead of time for the most part. For e-tickets, this can be done through Rail Europe or the country’s own rail website. There’s usually no need to print reservations out—despite what the website suggests—since I found pulling it up on my phone was often good enough to make it on (just make sure it has enough juice!)

Interestingly enough, reservations by phone for all countries are handled by Germany’s Deutsche Bahn but they generally require time for shipping or will need to be picked up at a major train station. Eurail does also has its own reservation service that, with a complete itinerary, will book all your reservations at once. But the convenience isn’t cheap. In addition to the seat fee, they tack on another €8 ($8.79 USD) per train ride. No thanks.

The Eurail’s Rail Planner App should become your new best friend. Heart necklaces optional. The best part is it functions offline so it’s possible to check station timetables, plan journeys, and see any required connections. It even shows if a train requires a seat reservation along with some quick facts about each country. I’m not exaggerating when I say I used this app daily while traveling in Europe. 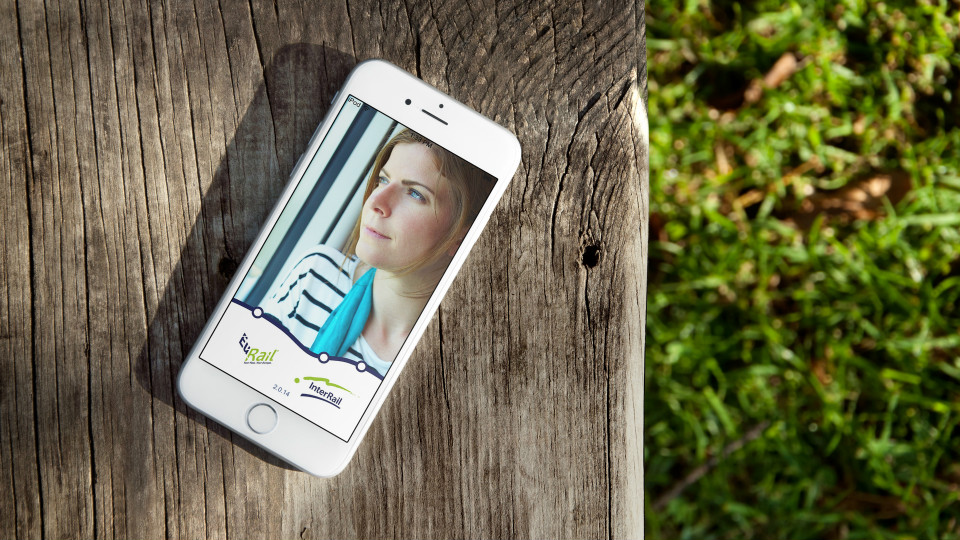 On a busy route, say Prague to Berlin, I found I was lucky just to get on the train sometimes let alone find a seat. It didn’t happen often but standing sometimes was the only option. And then there was the time I sat on the floor of a packed train with no air conditioning or working windows for four hours in the middle of August. Luckily, it’s pretty easy to make new friends when you’re all in the same boat — or train.

So if you haven’t figured it out: All European trains are heated in the winter but not all have air conditioning. Most of the times opening a window is just fine. In that one instance, the windows were jammed. To avoid this hassle completely, just wait for the next train or switch up the route. (My trick was to try taking a train to a town nearby my destination and connecting from there.)

But OBVIOUSLY that’s not an issue for trains that accept seat reservations. Just get one to guarantee that time will be spent more comfortably. See above.

Some trains sell food on board but I rode quite a few that didn’t and these were mostly regional trains. I found that newer and long-distance trains were more likely to offer nourishment on board. It is possible, however, to find out if the train serves food. In the Rail Planner App, check for a restaurant icon (a fork and knife) next to the train number. For details on whether it’s just snacks or full meals, the country’s own rail site or Rail Europe should offer additional route and amenity information. The app doesn’t have this information.

The majority of passengers bring food with them, so food is totally allowed. I always packed some snacks and water. Every train station I came across, with the exception of small towns, had food for purchase. Like with airports, it often cost more than it would to buy from a local shop but I found the variety to be surprisingly good. (This is Europe, after all.)

Wi-Fi access completely depends on the train. I didn’t have Wi-Fi access on trains very often but it’s available at many train stations, so I made the most of pre-boarding texts and emails. Usually, if Wi-Fi is available, it comes at a cost so I can’t speak to how well it works (in general, though, transportation Wi-Fi is never great).

Sleep is absolutely possible on the trains and sometimes necessary. It’s basically like sleeping on a plane and the rules about staying in reserved seats—when reservations are necessary—are pretty lax.

Another option for spreading out more is finding an overnight train. A Eurail pass is good on these but they come with an added reservation cost. I’d say if the ride is going to take longer than seven hours, an overnight train is a good idea. Sure, it’s more expensive but it also saves waking hours to visit a new city.

Generally, here are specific cities overnight trains run between and reservations are always required for any spot on these trains, whether it’s a seat or cabin. Cabins are more expensive to reserve and vary from single occupancy up to six people. A train from Vienna to Hamburg, for instance, costs 9€ ($10 USD) to reserve a seat and 124€ ($139 USD) to reserve a single sleeper with a private bathroom. The cheaper accommodation usually books quickly.

Train crews will often collect Eurail pass, reservation and passport when boarding an overnighter. Don’t freak out! I did at first but they need them for border crossings. (Also, don’t switch around in these either because the train crew won’t be able to find you and wake you up at the right stop.)

I never felt unsafe on the trains but theft is a real, ongoing concern. I wouldn’t say it’s rampant but it does happen. On one train ride, I saw a very rehearsed robbery happen. Someone dropped candy on the floor and when the man in front of me bent down to get it, the guy who dropped the candy stole his bag. None of us even realized what was happening until it was over. After that, I was always cautious. My personal rule of thumb is to keep everything important on me or in a bag I can keep under my arms or feet while I sleep.

It seems like everyone is planning to travel Eastern Europe these days but it hasn’t quite caught up to its Western counterpart in terms of transportation. There are Eurail passes that cover these countries but that doesn’t mean there are reliable trains running to every destination. I had this happen in Croatia: From Dubrovnik to Split—both popular destinations—there is no train and the only option was to pony up for a six-hour bus ride.

Greece takes some careful planning as well. The mainland trains have some disruptions, but at least there’s the option to track popular routes online. Also consider geography: Popular islands like Santorini, Crete and Mykonos all require ferries which come discounted but aren’t fully covered in the normal Greece pass. For total coverage on the ferries, a separate pass is needed. But the prolific history of Athens and Crete’s natural beauty definitely made the full-price ferries I paid for worth it. 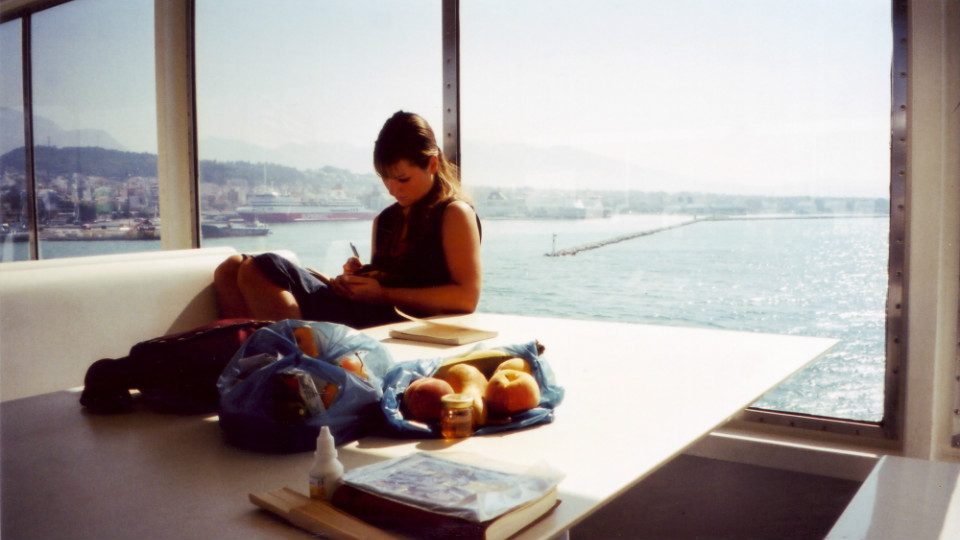 Eurail often warns travelers to plan ahead for train travel in France because it isn’t always easy for Eurail pass holders to get reservations. The high-speed TGV trains require reservations. Intercité domestic trains highly recommend them, lest you get to exercise your legs standing the entire time. For trains with reserved seats, most only hold a certain number of seats for Eurail pass holders. It wasn’t much of an issue for me because I was fine being flexible and was so when needed. The regional trains, called TER, are reservation-free and got me where I wanted to go (okay, a little more slowly) when the high-speed trains were booked up.

For train strikes, just suck it up. Everyone is dealing with the same issue and there’s no way to anticipate this—unless you’re reading the news—and even that wouldn’t help much. It may interfere with travel plans but there are definitely worse places to be stuck.

Flexibility and changes to plans

There’s always another route to take. If you miss a train or if it’s full, regroup and find another one. Maybe it’s a longer route or means having to connect somewhere but it usually ends up being fine. For last minute changes, I always used the Rail Planner App because it shows all options from any nearby station. You won’t lose out on travel days when plans change, either, because they only get counted when you board the train. Happy railing!