There are lots of things that can get you kicked off an Amtrak train. One of those things is a gerbil.

Recently, I was riding Amtrak from Boston to New York after spending the week at my parents' in Massachusetts. Traveling with me was my elderly pet gerbil Eloise because... well, she just was. I've often brought her on trains and buses, never realizing she might not be welcomed.

Unbeknownst to me, I was about to be harshly punished for being an adult with a small pet.

When my seatmate left the train in Providence, R.I., I picked up Eloise's little plastic carrying case off the ground and put it on the chair beside me, long enough to snap a picture of her munching on a cashew to text my mother (because, again, I'm an adult).

That's when an Amtrak worker proceeded to walk by and tell me animals are not permitted on Amtrak trains, no exceptions, and that we—me and El, that is—had to get off at the next stop. (Note: This is prior to the Internet’s discovery that gerbils caused the Black Death.)

I was in shock; my eyes welled up. I begged him to let us stay on, offering to put my gerb into my carry-on. I'd even personally ask everyone in the car if they minded li'l El being there and began to protest about how I'd get to New York if they kicked me off. He said I'd have to figure that out, and that he could "lose [his] job" if we stayed. Oh, and if I cried, he wouldn't help me at all.

Several minutes and one habit-wearing nun later (really, it's a long story), in below-freezing weather, my gerb and I were escorted off the train in Kingston, R.I. — approximately 180 miles from NYC. We were given no alternatives, no sympathy and maybe worst of all, no refund. 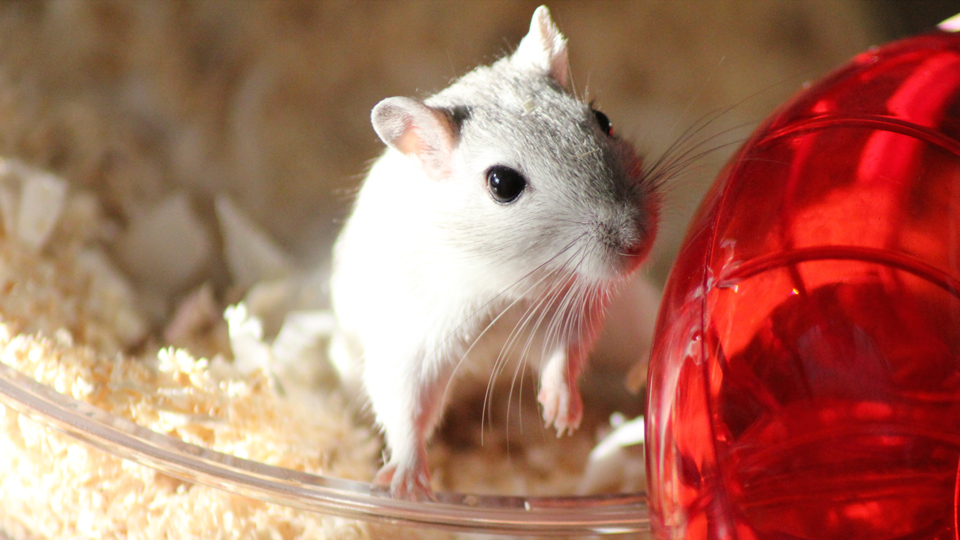 This is a cautionary tale but it really got me wondering: What else can get you kicked off an Amtrak train mid-route? As it turns out... a lot. According to its list of 'Prohibited Items,' Amtrak contraband includes:

Animals, including "comfort" animals. After the fact, a friend of mine suggested that I should've said Eloise was a service animal who helped ease my "anxiety problems." That wouldn't have worked either, as animals used for emotional support are not allowed on Amtrak, ever. (However, service animals are allowed onboard with restrictions.)

Archery equipment. Sorry, Robin Hood. Your bow and arrows are not Amtrak-approved.

Batteries with acid that can spill or leak. Well, technically all batteries have the ability to spill or leak so I guess just don't bring batteries on Amtrak.

Canisters, tanks or other devices containing propellants. Unless you need oxygen.

Corrosive or dangerous chemicals or materials. Leave your bleach, tear gas, stun guns and tasers at home. Or just... elsewhere.

Incendiaries. Those are things that explode.

Martial-arts and self-defense items. You can work on earning your yellow belt when you arrive at your destination.

Perishables. But small amounts of food are allowed — unless, of course, that food is a cashew meant to be eaten by a gerbil.

Oversized and overweight items. No big, heavy things on Amtrak.

Bicycles. Though, getting kicked off an Amtrak because of a bicycle might not be the worse thing, since maybe you could just bike to your destination. Problem solved!

Also, you're apparently not allowed to put anything that is not another human being on an Amtrak seat. Following my "incident," several passengers in my car offered me their support by telling me Mr. Amtrak Man had threatened to kick them off the train if they didn't remove various non-gerbil items from the chairs next to them.

After waiting around the Kingston station for an hour, I took a 50-minute bus heading back north to Providence, and an hour later, I caught a bus to New York — arriving in the city five hours later than anticipated.

Oh, and while I was waiting in Rhode Island, it seems my former train had "technical difficulties" and was forced to remain at the station for longer than normal. Now that's what I call KARMA. HA! 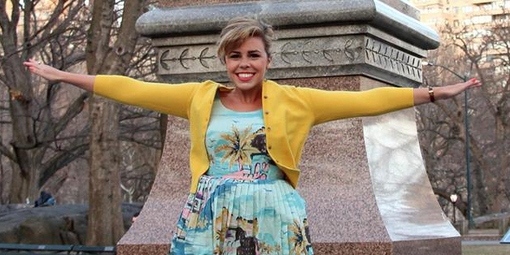 Nora Crotty is a writer living in New York City. Prior to New York, she spent time living in Boston, Dublin, and London. She has contributed to Elle.com, Fashionista, XoJane, and Miss Vogue Australia. Nora enjoys whales, house plants, travel, liquid liner, and the Kennedys. She was once fired from her favorite hometown pizza place for making salads too slowly, and resorted to ordering under pseudonyms from that day on.