This one literally requires a trick of the needle. Ignore the fact there are often legitimate governmental regulations on why sometimes passengers can’t be picked up at the airport.

My mother and stepfather, for example, are always complaining that they live in Marina Del Rey, Calif. a mere 10-, 15-minute drive from LAX but are often forced to get a cab for $30 plus from the airport. That’s because an UberX in the opposite direction (to the airport) normally only costs $10. But sometimes the smallest hacks are the most effective ones.

TravelMore offer this quick tip on how to skirt the airport issue entirely:

Since Uber allows you to drag the pin to determine your pickup location, as you can see below, I simply dragged the pin to the area directly outside of ORD and dropped it to see if it would then allow me to request an UberX ride. To my surprise, it worked!

Within seconds, an UberX driver responded and once he was in route, I simply called him and told him I was actually at ORD and to pick me up there. Some drivers may not want to pick you up at the airport, so if that is the case, simply cancel the ride (free to cancel within 5 minutes) and then drop the pin again. 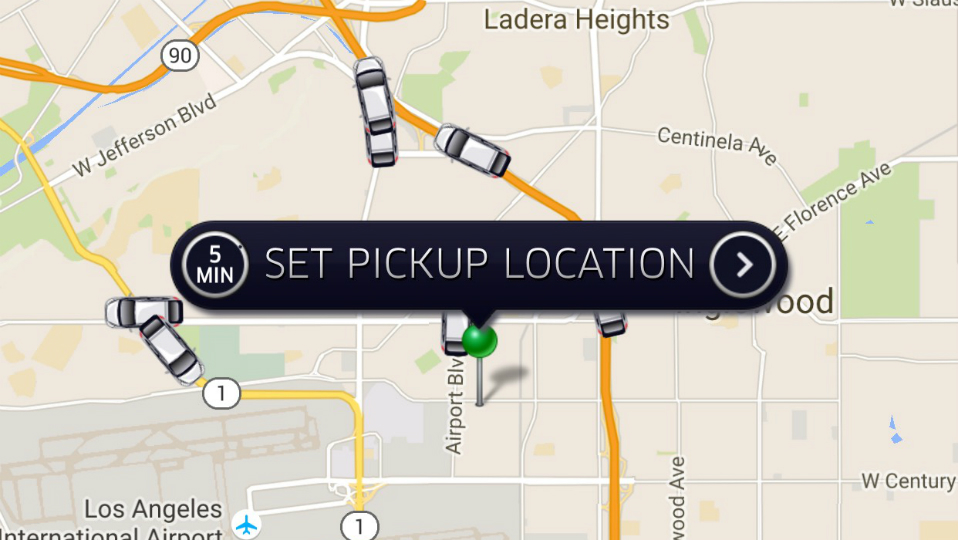 Just move the needle just outside to the airport.

Apparently that’s all there is to it. Of course, I don’t know if airport pricing gets enforced for this type of stuff—Uber enables flat pricing for some airport rides—but at least it’s a quicker way of getting picked up. Or paying less than what it would cost to get a taxi in some markets.