This sponsored post is brought to you by KAYAK.

This is an easy one to write and that’s because long before KAYAK approached me about writing this post, KAYAK Explore was already a favorite tool in my repertoire, even if anyone barely knew about it. I even remember covering this for Lifehacker back in the day when it first launched! God.

Luckily, not too much has changed. (Seriously, that’s a good thing. If it ain’t broke…) KAYAK Explore is an open-ended search that looks for flights based on budget, weather, geography, flight time and activities. The best part is that travelers can be as flexible or as picky as they want. Compared to most normal search parameters—which pretty much asks for a specific time period and destination—KAYAK Explore is heaven-sent.

Since taking a break is usually code for me to jump on a plane almost anywhere, I usually like to keep it within a budget so I can save for the next trip after that. Plus, I guess it helps that I’ll go almost anywhere. 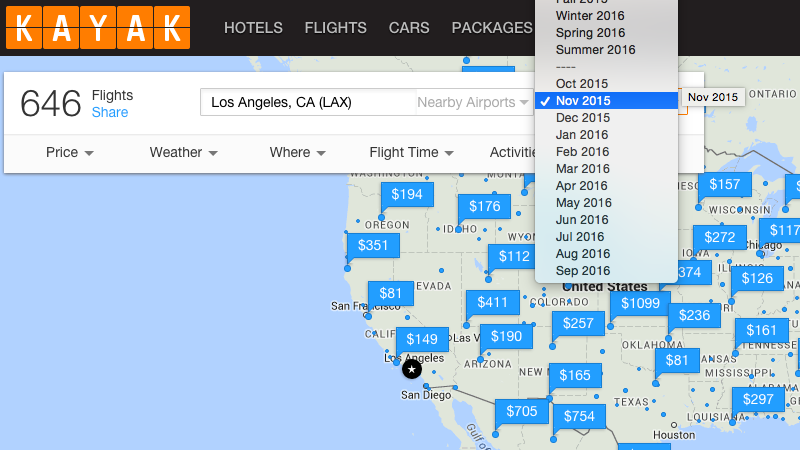 That said, KAYAK Exploredoes need a few parameters, and at the very least, it needs an airport to search from. I’ll be back in Los Angeles come November and I was looking for a quickie break right around then. Sometimes I default to some place I’ve already been but I’m feeling slightly adventurous this time. You know, like, as long it’s under $400. 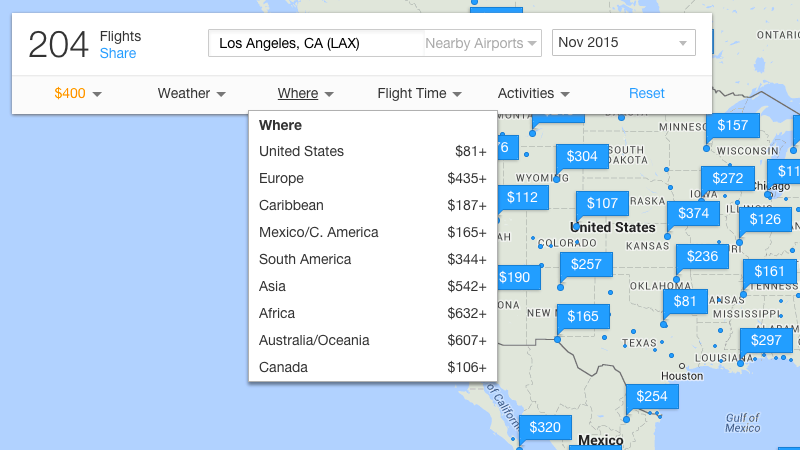 If a price is clicked, KAYAK will return the specific dates, number of connections and the airlines. Of course, most people are on a schedule but I’m not, which solves my problem. Often I’ll search by price first, followed by destination and then by airline. (And I won’t touch Spirit airlines with a 30,000-foot pole.) 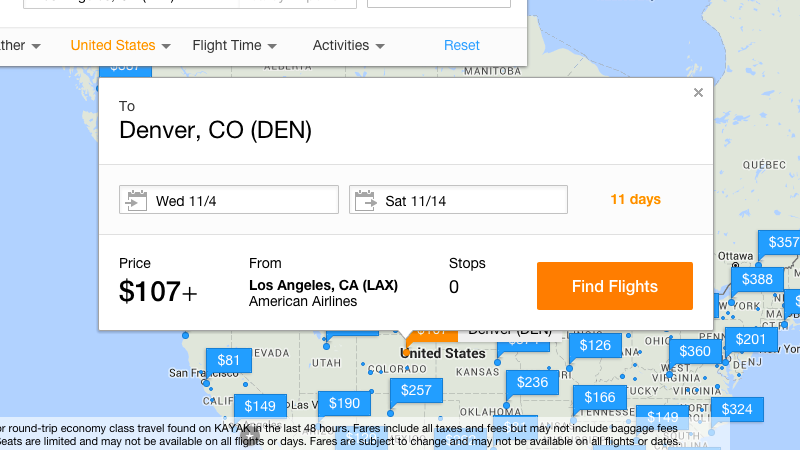 The winner for me? Denver for $107 on American Airlines. There’s definitely people there I need to catch up with. Travel problem solved.