For twenty years, travelers have enjoyed practically borderless travel within most of Europe due to the Schengen Agreement. That might be all about to change.

This week, Denmark announced new border restrictions with neighboring Germany and Sweden. With terror threats on the rise and the influx of immigrants arriving in Europe every day, the European Union is tightening security measures and imposing more rules, something most travelers are not used to.

The EU has allowed document-free, unrestricted travel between all its member countries and a few non-members, in what is known as the Schengen Area (after the small town in Luxembourg where the agreement was signed). Basically 26 countries, most of which are EU members, have virtually no internal border control, no passport stamping, and no security checks.

The Schengen Area became a reality in 1995, and helped to promote the EU’s four freedoms: goods, services, money and people. No passport or border checks meant that EU citizens as well as international travelers could freely visit Schengen countries without constantly stopping for a security check. Clear customs once, and you’re good to go. This makes it easier for backpackers, students studying abroad, and casual travelers to see more of the continent. It certainly frees up space in your passport (but also sadly removed that prized souvenir, the passport stamp for each country visited).

But the refugee crisis and massive influx of immigrants, mostly from Syria, Afghanistan, and North Africa, have put a strain on the Schengen countries. More than a million people entered Germany alone between January through November in 2015, and hundreds of thousands more are entering other countries, mostly through Greece via Turkey or Italy via the Mediterranean.

The International Organization for Migration, which provides assistance to refugees and advises governments on how to deal with migration, reported that by the end of December, over one million people had crossed into Europe illegally with 800,000 refugees traveling from Turkey to Greece. Over half were from Syria.

In response, the European Commission has proposed amending the Schengen rules to introduce border controls at Europe’s “external borders,” meaning countries not in the EU (like Turkey) that share a border with EU countries like Greece, will check against other databases to monitor who is going in and out of the Eurozone. 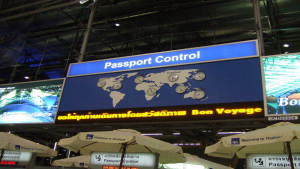 The migrant crisis has led six countries in the Schengen zone to enforce border checks. Denmark, Sweden, Austria, Germany, France and Norway, the only non-member, have imposed new security measures at the border; some of these include ID checks for train passengers, particularly between Denmark and Sweden.

What does this mean for your semester abroad or your European jaunt this summer? Not much that you’ll notice at present. According to the European Commission, member states are allowed to temporarily introduce border checks, and these are limited in time. Countries can only impose border checks for 30 days at a time, for up to six months. Countries with last-minute security concerns can impose checks for 10 days, then extend it to 20 days at a time for up to two months, according to the Commission rules.

If that still seems confusing, just make sure to bring your passport and other travel documents when crossing borders, even within the Schengen zone, as the list of countries imposing checks will most likely change sooner rather than later. 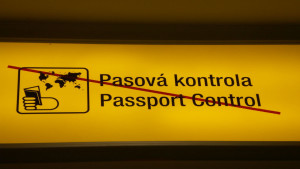 The recent waves of refugees and immigrants into Europe are causing countries to reconsider their normally relaxed border control in the Schengen zone.