I didn’t think it was possible to get sick of castles. Then I lived in the Czech Republic.

With a long, complex past on the European stage, a rich artistic history and seemingly endless architectural marvel (oldest still-operating astronomical clock, anyone?), there are many reasons to visit the Czech Republic. And the cheap beer.

With the Koruna on the rise, it certainly ain’t as affordable a trip as it used to be. But trust me—the Czech Republic is worth it.

Czech is the official language of the Czech Republic. Fancy that. It’s a West Slavic language most closely related to Slovak and Polish.

Just over a quarter of Czechs speak English fluently. It can be a bit challenging to get around not knowing any Czech, but it’s far from impossible. And the more touristy the area, the easier it becomes.

The Czech Koruna has been on the rise in recent years, so don’t expect anything (aside from the beer) to be as cheap as it used to be. Still, compared with the domination of the Euro elsewhere, meals, transit and attractions are relatively inexpensive.

Pro tip: they’re planning to switch to the Euro by 2019. Get there before this happens.

The Czech Republic adheres to the Schengen Agreement and is part of the Visa Waver Program. U.S. Citizens can travel for up to 90 days without a visa. For longer stays, apply for a visa at the Embassy of the Czech Republic. 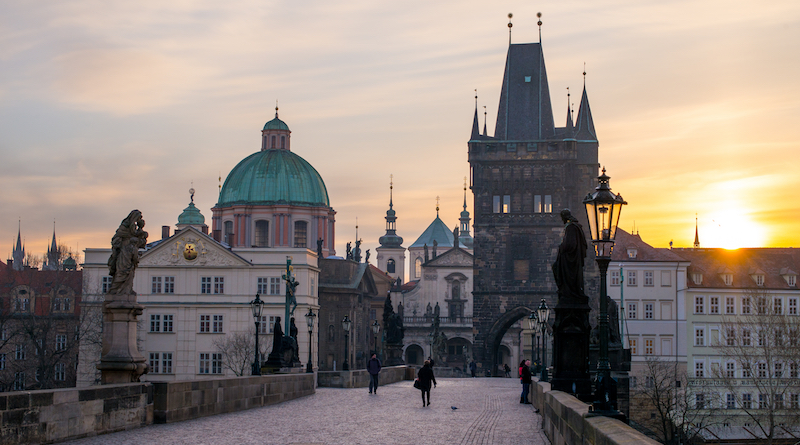 The main point of entry to the Czech Republic is through Válclav Havel Airport (PRG) 20 miles outside of Prague. About 2.3 of the Czech Republic’s 10.5 million residents live in the Prague Metropolitan Region. Founded in 885AD, Prague is the largest draw of tourism in the country. It alone saw over 6 million visitors in 2014.

The second largest city is Brno in the south. It was founded in 1000 AD. With a population of 810,000 in the metro area, it is serviced by Brno-Tuřany Airport (BRQ).

Other notable cities include Ostrava in the east and Plzeň (best known for being the birthplace of pilsner) in the west.

Traveling around the Czech Republic is fairly simple.

Prague has an extensive system of above-ground trams and a fairly reliable metro system—though most of the main tourist attractions are all within walking distance of each other. Aside from a cab or a bus from the airport, most casual visitors to Prague won’t need to use public transit.

Busses and trains regularly run between Prague and the other major cities of the Czech Republic. Everything is connected. The toughest part is trying to decipher Czech schedule boards.

Pro tip: If you do end up using public transit, make sure to actually pay for a pass. Getting stopped by the transit police is the opposite of fun (and they’re much less likely to speak fluent English than those in the service industry).

I live for Prague-style beef goulash. I ate it at least once a day, every day, for a month and a half. Meat, dumplings, onions and spices. Who could ask for more?

Contemporary Czech food is heavy on the meat and gravy, though vegetarians can find ways to work around this—especially in the realm of soups and bramboráky (fried potato and cabbage pancakes). A lot of what you’ll get on “traditional” menus is hearty, savory food that would make any pub-goer feel at home.

For a lighter bite, get some palačinky. They’re my personal favorite Czech dessert (like crêpes but without all the waiting) when prepared on the sweet side.

The main drink in the Czech Republic is beer. All the beer. Get some pilsner; it’s cheap (we’re talking 30-40 CZK maximum for 0.5L), and it does the trick.

Foreign visitors are generally expected to tip somewhere between 10 and 15 percent in major cities and tourist areas. It’s less common in the countryside, where rounding the bill up to the nearest 10 will do. 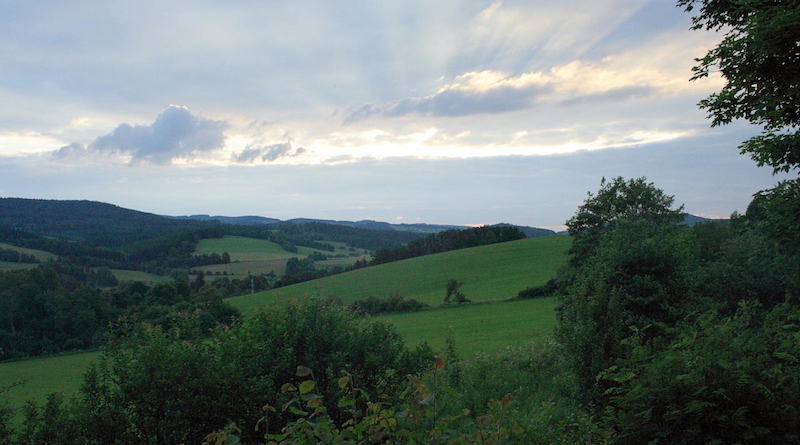 Judge service by promptness, accuracy and quality of the meal. A false air of friendliness on the part of the service staff is not a requirement in the Czech Republic.

Czechs generally work by the 40-hour/5-day work week with a half-hour lunch like many in the U.S. Meals are taken around the same time as well.

The one difference is nightlife. Expect partying, especially on the weekend, to end a bit later than in most U.S. cities. The timeline is similar to New York City, but with a later start. Things don’t really heat up in most places until 1am. Clubs and bars close between 4-5am.

Tap water is perfectly fine to drink. There’s no need to buy bottles. Beer is cheaper there, anyway.

The country code for the Czech Republic is +420. The main mobile operators are Telefónica O2, T-Mobile, Vodafone and U:fon. Cell service is pretty consistent throughout the country, but expect 3G coverage to get spotty on occasion in the countryside.

Also, your best bet for free Wi-Fi is at Starbucks. (There are 12, all in Prague.)

Dial 112 for general emergencies. It’s not the only emergency number in the Czech Republic, but it’s answered in English, German, Polish and French—so it’s the best bet for visitors.

Other emergency numbers are 150 for fire, 155 for rescue/ambulance, and 158 for police.