Map Happy » Trip Planning » Technology » The Preferred Camera for Most Travelers Is…….

Special memories doesn’t warrant special gear, it may seem. Or, perhaps, technology has caught up so much most devices are finally good enough.

In a poll of over 550 readers, Map Happy found 42% of readers preferred using their smartphone camera to take pictures more than anything else (of course, we got the millennial, Instagramin’ crowd, so take that as you will). The second most popular option (22%) was to mix it up with a variety of devices depending on the occasion.

After smartphone cameras, DSLR were the most preferred, followed by point-and-shoots. Mirrorless cameras, which are often touted as DSLR replacements in a point-and-shoot form, were the least popular option at 10%. 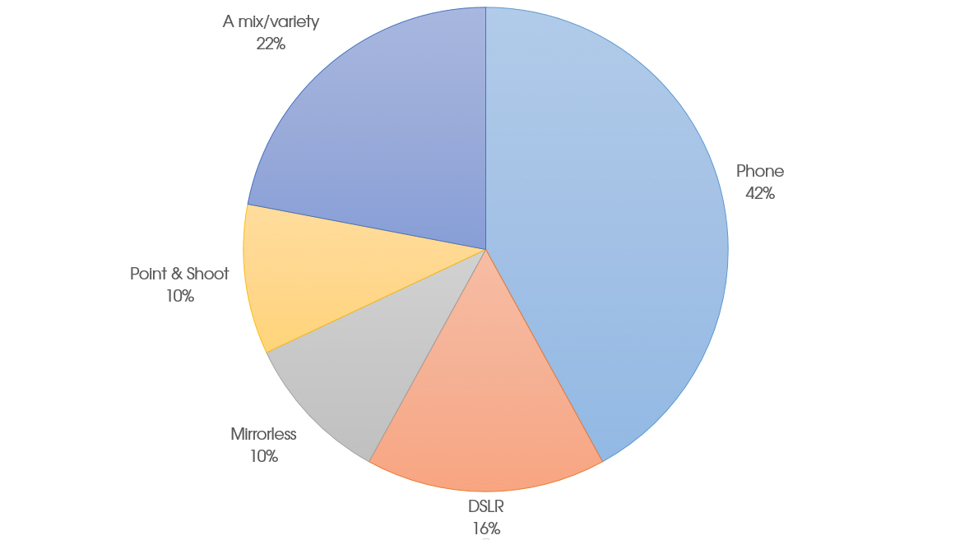 Phones are the most popular, followed by DSLRs.

Apparently everyone says your phone is good enough.