It’s been one year we’ve been running around in the Allbirds Tree Runners, and as much as it’s our go-to shoe (I mean, I'm wearing them right now), it is not completely perfect.

Look, traveling requires being on your feet a lot. Enter Allbirds, Silicon Valley’s newest shoe darling.1 Allbirds prides itself on using with natural materials like merino wool, eucalyptus tree fiber and sugar cane for the ultimate shoe experience. It's also the hottest thing since sliced bread, except you can't actually eat it.

Updated: November 16, 2022The Tree Runners are still the best year-round sneakers, faring best in the winter. At this date, we are on our second pair: In our experience, they last a solid year or two before needing to be replaced. The Tree Breezers (a women's ballet flat, read our take on it) is also a decent summer alternative for the ladies.

The Tree Runners retail for $105, making them a worthwhile investment. Essentially, they are the perfect casual, comfortable shoe. Its only failing is its inability to hold up in more rugged terrain, for those times that you actually want to embark on an occasional hike.

(Though if the hike is more like a “stroll in the park,” that is fine. But if climbing over boulders and stuff like that is involved, it’s time to look at a different shoe for the job. The recently released Mizzle collection, which debuted in the past month, is slightly more water-resistant and provides more terrestrial grip, but honestly, we don't really like the look of these!)

Thanks to a critical Asian upbringing that shames most Tiger Moms, glossing over the details isn't really in our DNA. Basically, if we were to give the shoe a grade for the report card, we’d give this one an A-. How that grade fares depends on the culture you were raised in. 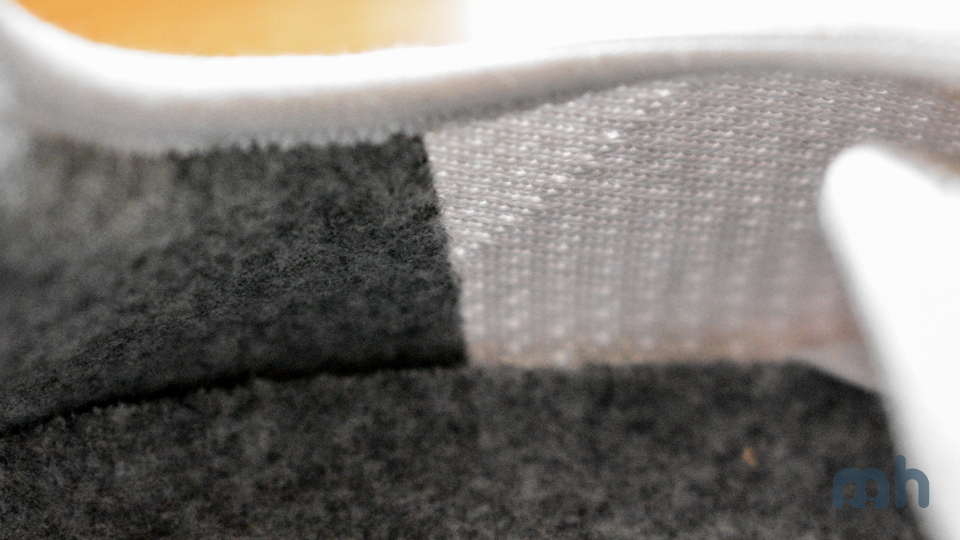 Light and breathable, but a bit porous.

Our team chose to specifically review the Tree Runners, made out of tree fiber, for a few different reasons. Though the wool shoes are the original, merino wool has a tendency of being uncomfortable in the summer because of its heat retention properties.

The loungers also didn’t make sense, because… lounging is the antithesis of traveling.

The main thing we were looking for was a shoe that could be used in most environments—sans extreme climates like the Arctic (though it was actually held up fine in Iceland) —and lightweight enough for city trekking and light to medium hikes.

The one thing we do love about New Zealand companies is that they know the outdoors. After all, we wouldn’t expect less from a country where sheep outnumber people six to one. 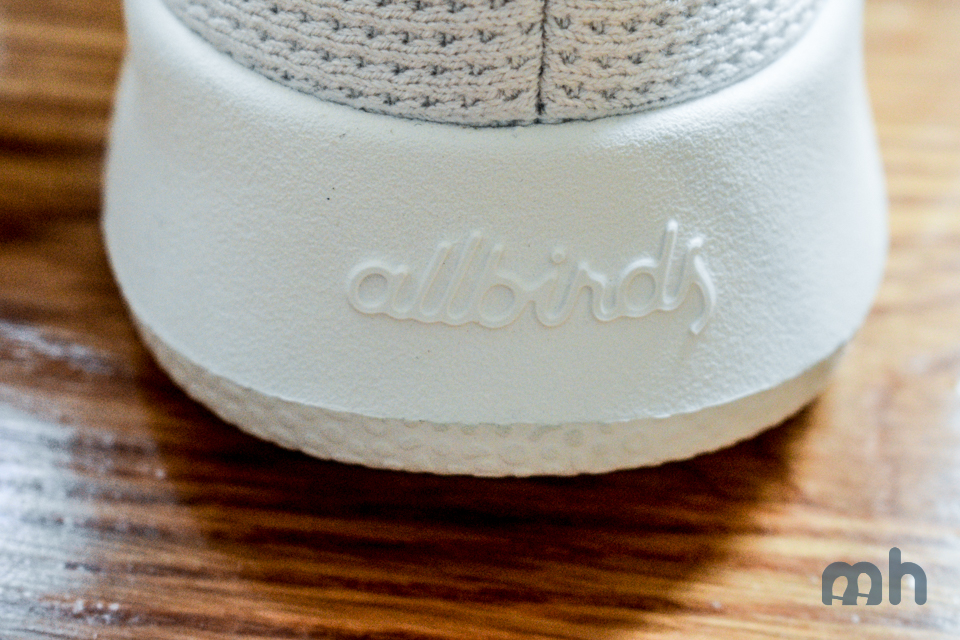 Hitting the road with them.

The Tree Runners needed more care than we expected

The company is focused on using sustainable materials, and the Tree Runners fit the bill for the socially conscious. Largely composed of eucalyptus tree fiber, the laces are made out of recycled polyester. (To extend on the eco-friendly theme, the eyelets are made with a bio-based polyurethane.)

But it is also about function. The eucalyptus tree fiber keeps the shoes cool enough to wear in most temperatures, but I did often find myself wishing I had worn another shoe once the thermometer crept past 85°F (29.4°C) after a few hours.

Cold weather was rarely an issue, though these aren’t shoes that fare well in snow and moisture (see notes below).

It is not a far assumption that the wool version is considerably warmer; this was confirmed by a company spokesperson. 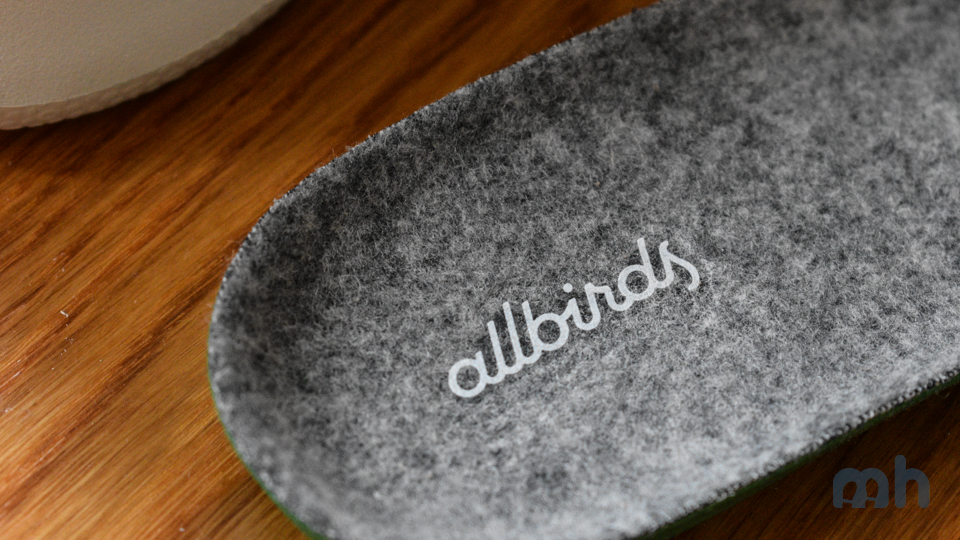 Walking on a cloud, for real.

But, the soles is where the Allbirds really shines, since they’re composed of merino wool, staying true to that wooly mammoth theme. Since we’re on our feet all the time, it’s often hard to stay comfortable after long periods of walking—even Rothy’s become uncomfortable after several hours—but the Allbirds absolutely shine in this regard.

I hate being sockless—I won’t even sleep sockless!—but these are fine to wear sockless.

(The merino wool soles also helps significantly with odor, an issue that loves rearing its stinky head in all of our shoes. The Allbirds are consistently the freshest smelling shoes we have in the repertoire! Considering how many seaweed-covered rocks that were climbed in them, I consider this a feat.) 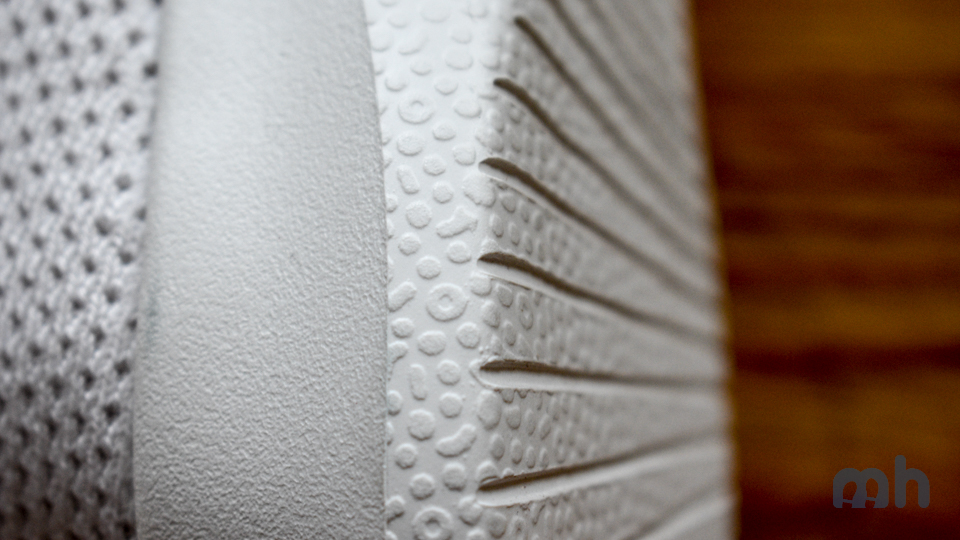 It’s nice that Allbirds doesn’t charge a fortune for replacing the soles and laces (at $15 and $10, respectively). The current soles are finally showing signs of wear, butt seem like they might last another year. The shoelaces, on the other hand, have been destroyed for quite some time, with completely frayed tips. (I'm not a big fan, but 3 replacement pairs at $10 is reasonable.)

After a year of solid use, it looks like the Allbirds have been around the block some. Other long-term owners we talked to reported pushing the shoes past three years, but according to them, "I was really pushing it."

This sort of belies the fact that when it comes to care, the Allbirds Tree Runners are slightly more high-maintenance than anticipated.2

Perhaps, this is something unique to the lighter-colored shoes (ours came in Stone, a slightly off-white color that has been replaced by the Chalk color), but the Allbirds do pick up a significant amount of dirt.

It’s not a great look after trekking through mud, snow and even enduring the odd coffee spill (this happens more often than I’d like to admit). 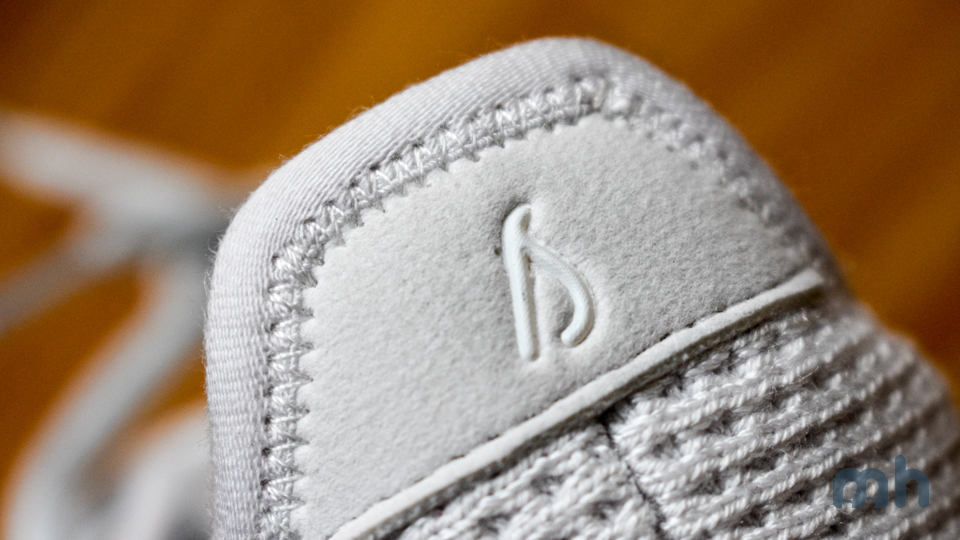 From other long-term owners, it seems our evaluations are fairly correct. However, it is our understanding that in the year that we've owned this, Allbirds have made significant reinforcements and updates to the Tree Runners. These include reinforcing the heel, the mid-to-upper sole, and doubling down on the stitching.

Recently, at the store, we felt the difference between the original and the version that we owned. They were still equally as comfortable, but felt slightly more durable.

On average, the shoe usually called for a wash every one to three months, depending on how much traction was endured and how harsh the environmental conditions were. Stains generally require immediate attention, proving frustrating.

The fibers have a tendency to absorb dirt, and can leave a faint outline of muddy treks past if the shoes aren’t treated in short order.

Often, this meant the shoes would have to be pretreated with Dr. Bronner’s before a proper cycle later. The shoes hold up fine once in the washing machine, though the company recommends the soles are removed beforehand (we did leave them in once by accident; no one died).

One thing: The shoes do take a full night to 24 hours to properly air dry. We recommend washing the shoes more than a day in advance if you've got plans to wear them soon.

The breathable, lightweight fiber is also somewhat prone to getting snagged in the machine. Going forward, its recommended to toss the shoes in its own washing bag to prevent tears, though this didn't really happen until about a year into owning the product. 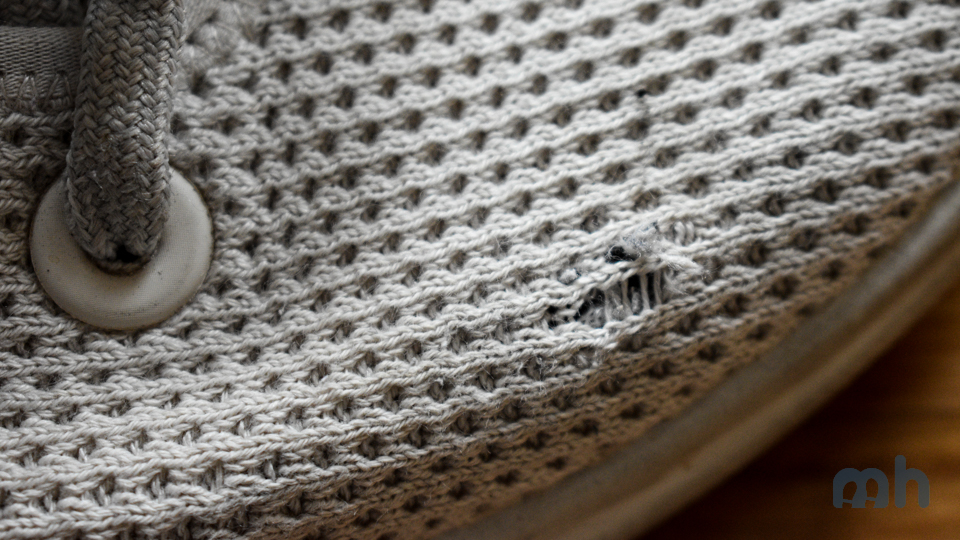 Getting snagged in the washing machine.

(There are no bonus points for being machine washable in our book. People have been washing their shoes in washing machines for a long time; its only recently millennials have rediscovered this fact. #truth)

If we were hardcore, the shoe would embark on an epic European two-week-long walking journey. But we live in New York, which is likely the same thing, making us qualified for a thorough opinion.

For context, we have averaged 275,000 steps, or 96.6 (read that! almost 100) miles on foot per month for the past year. (In short, that means hitting 10,000 steps every day.)3 By our estimates, that's almost the same amount of ground covered in that European trek, but more like on a normal human being basis, over the course of a year.

Since we’re not wearing the shoe every day–maybe half the time?—it means we have put the shoe through at least 580 miles on at least two different continents, all four seasons, and a multitude of terrain. It's still serious ground time, all considered.

One of the things that should be fairly obvious by now: The Allbirds Tree Runners is not a beach shoe. It can certainly trek on sand at low tide, but expect to throw in the shoe in the wash afterwards. Generally, it doesn’t hold up in moisture well, unless you like that soggy shoe feeling. So forget using it for rain, snow, or wet conditions.

The Tree Runners hold up in best dry, everyday urban conditions. So if you're an urban millennial like me, go for it. Just don't expect them to service you on that hike!

(Unfortunately, I do like hikes, and also traveling with as few pairs of shoes as possible.)

The Allbirds Tree Runners retail for $105, making it a worthwhile investment. It is the most comfortable, casual shoe we have owned thus far, and great for most environments.

However, for occasional hikes, it does not perform well. It is also surprisingly hard to keep clean, and doesn’t hold up well in high-moisture environments.