There is no such thing as a free trip. Hold the presses!

Everything comes at a cost—someone has to bankroll it. In the case of the Chase Sapphire Reserve, one of the most popular credit cards (if not the hottest credit card out there) makes at least $368 in profit per cardholder each year.

All those benefits? It is bankrolled by other cardholders that never pay off their balances in full, which unsurprisingly, are a good portion of the American population.

Owning the right credit card can save boatloads of money on travel but the caveat is all about how it’s used. Given America’s consumer history with debt (hello, 2008 financial crisis), I’ve never been optimistic about promoting travel hacking through credit cards. Credit cards should be used like makeup is used: to amplify and enhance, not replace or create.

But for a minute, let’s go out on a limb here, and venture that the Chase Sapphire Reserve card is one of the more “generous” travel credit cards out there. The benefits have been covered ad nauseam, but what does Chase (or any banking institution, really) get in return?

It’s easy to be facetious or glib about it, but the fact of the matter is, it is also shockingly surprising how unaware people are about how the financial system works (you at least wouldn’t know it from the average American’s fiscal habits). Credit cards essentially make a profit off cardholders not paying their balances in full, accruing a significant portion of profits through interest. 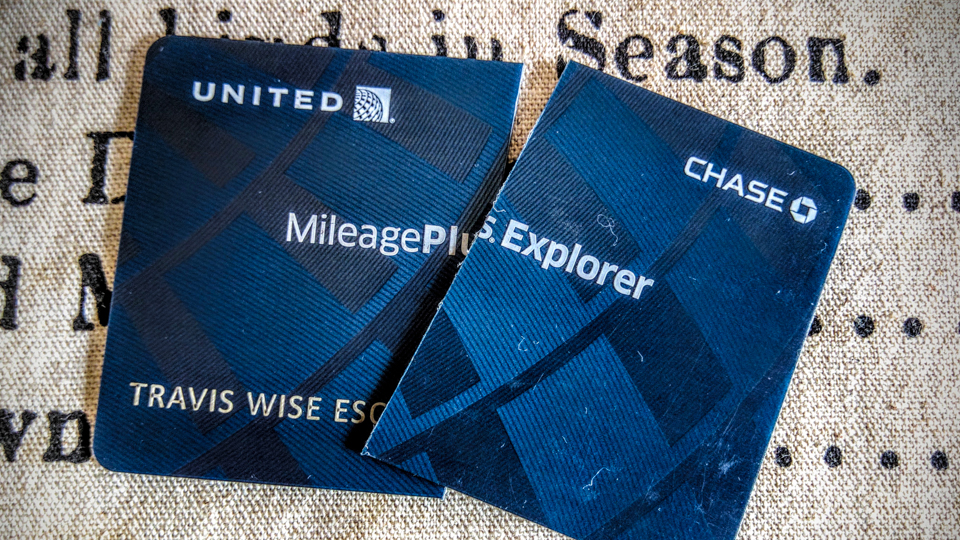 To give you a better idea, the Federal Reserve prepares an annual report on this every year called the “Report to Congress on the Profitability of Credit Card Operations of Depository Institutions.” In 2016, the Fed reported that there are approximately 610 million credit cards in the U.S. alone1. This averages out to about two credit cards per person, but in truth, it’s a lot more than that, because this number is based on the U.S. population census and not everyone is actually old enough to carry a credit card.

These 600 million+ credit cards are responsible for $2.9 trillion in transactions conducted in 2015, and $938 billion of that is actually an outstanding balance. Meaning 32% of all transactions is ripe for interest charges.

Furthermore, this TIME article reports only 35% of credit card users really pay off their bill in full every month, meaning 65% of America carries a balance. The average American has $5,284 in debt, with an average of $1,678 per account.

Let those numbers sink in for a little bit.

How we calculated everything.

Here’s a quick summary of the key numbers that figure strongly into the calculation.

Let’s also consider the benefits Chase Sapphire Reserve cardholders receive. Overall, Chase estimates that each cardholder nets $700 worth of benefits from the Sapphire Reserve. This includes 50,000 mileage sign-up bonus (valued at $750; I actually peg this at $700), $300 in travel credits and $100 in Global Entry membership (a questionable benefit for reasons I’ll explain shortly). Priority Pass benefits are negligible. This is all offset by the $450 annual fee.

In reality, if we use the commonly accepted value throughout the points and miles community, 50,000 points are worth $700 at best, with $300 in travel credits. Since Sapphire Reserve cardholders are more likely than other cardholders to have Global Entry, this is also an arguable benefit. Offset by the annual fee, the real street value of the Sapphire Reserve’s benefits are $350.

The main benefits are all one-time costs to Chase; the only real recurring cost is the $300 travel credits, so theoretically, Chase is making $150 every subsequent year off per card (remember that annual fee?). Including interest profit ($218.03), this adds up to $368.01 per year per person in profit for the bank, including those that pay off their balances in full.

These numbers may be estimates, but they are definitely conservative.

Look, at the end of the day, we are not privy to actual balance numbers, percentage of cardholders that have revolving debt, nor the amount of transactions or fees charged in conjunction with the card.

Remember, the numbers used are primarily based off interest income and don’t include cash advance fees, balance transfer fees, and all that other stuff credit cards nickel consumers on. It’s also worth noting interest compounds, so if someone isn’t paying off the minimum, it’s possible for that interest income to be higher.

There’s still definitely a benefit to owning a travel credit card, especially if you can reach break even but here’s one thing to keep in mind: I’m sure 95% of the people reading this article are thinking they won’t be part of that 65% that ends up carrying a balance. People always think they are the exception, not the rule.

The Chase Sapphire Reserve, one of the most popular credit cards makes at least $368 in profit per cardholder each year. Those benefits? Bankrolled by those that don't pay their balances.