This sponsored post is brought to you by the Japan National Tourism Organization.

The beauty to Japan is that there is always more than what meets the eye. It’s a country that can be experienced completely differently each time, multiple times. The second and third times will never and can be identical to the first time.

Perhaps part of Japan’s charm lays in its inaccessibility. Getting lost in translation and tangled in a deep web is part of the drill, and how deep it goes no one quite ever knows. Even if you hate the movie, it always holds a little bit true.

From shopping in Tokyo (take it from personal experience, it’s f*cking great) to bathing naked in the mountains of Kotohira, Japan is a country that becomes what you make of it. It is the ultimate Rorschach test.

For the first-timer, there is like quite no experience of filling in the unknown gaps of Tokyo the first time around. Even the typical paths, bustling Tokyo, maritime Osaka and well-tread Kyoto are amazing places to discover in their own right, leaving its visitors wondering what more else the country offers.

There’s a reason why Japan is oft one of those places that you not only visit, but twice, or maybe thrice.

Outside the usual suspects, there’s a wealth of land to explore. The country contains 47 prefectures, and besides Hokkaido, Nara and Okinawa, there are other regions to explore like Hiroshima, Miyazaki, and Kagoshima. Nothing like delinge deep into the Okayama mountains and sail along the Naruto Strait to see the tides lap at each other, ferociously, bringing to surface what lays beneath the calm.

For all of the country’s efficiency and cleanliness, there are of course downsides. Japan has struggled with it economy for decades, and there’s a rigidity and, dare I say it, a level of repression not evident in other cultures. Flamboyance is not in the cultural lexicon. For better or for worse, the search for balance may be the eternal quest, as evidenced by its religious devotion to Shintoism and Buddhism.

Maybe there’s a double-edged sword here, and this is what perhaps contributes to the ferocity and pride in everything that the Japanese do, unparalleled by the rest of the world. It can take a lifetime to figure it out, but be sure to leave me in the nearest Muji while you do so. 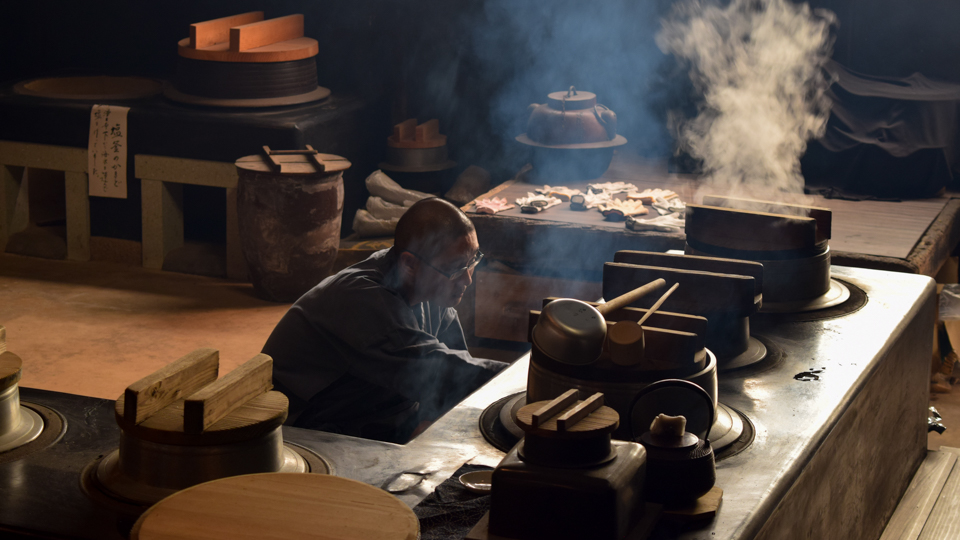 Japanese is the official language and travelers used to relying on their English to sail by are out of luck in this country. As frequented as Japan is by tourists, Japan is a rather culturally insular country compared to many other destinations in the world. Of course, that doesn’t mean there are no English speakers around to help, but expect most people’s knowledge to be fairly limited. This is further and further emphasized outside the city centers. Basically, it’d be wise to brush up on a few key phrases.

Even for the most intrepid travelers, the Japanese countryside is a region that might be better done with a small tour, translator or a with a friend that has a passing knowledge of the language. (But that should definitely not stop anyone.)

Having everything in kanji doesn’t help. The bright shining side is that for those with a fundamental grasp on the Chinese language, it’s possible to surmise what is going on. Other than that, expect to guess, point and gesture throughout Japan.

(The bright side, as told me by a Japanese native, is that most Japanese simply assume most tourists and foreigners are lost, and will go out of their way to assist those in need.) 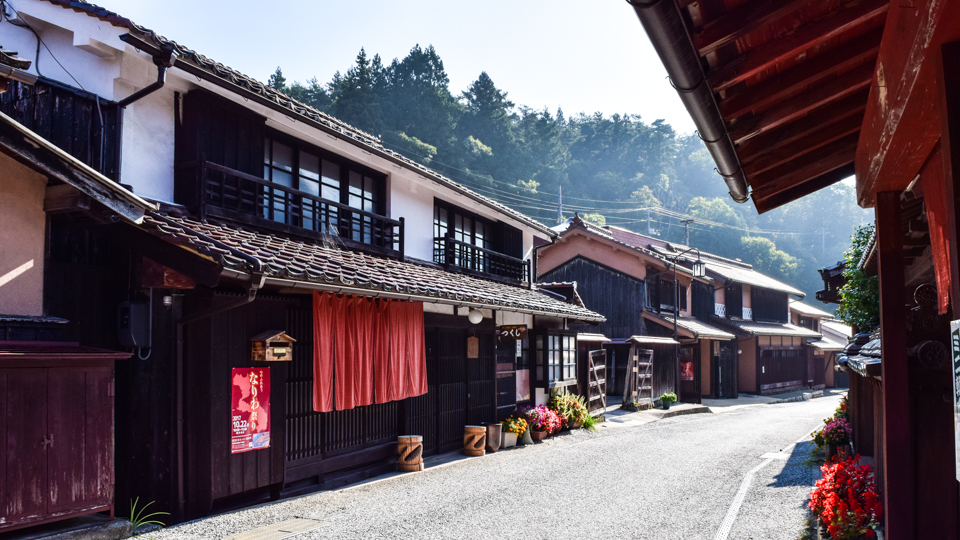 The main gateway city to Japan, surprise, is through Tokyo. However, though Narita International Airport (NRT) has served as the main point of entry in years past, that has been slowly changing as more airlines begin moving to Haneda or Tokyo International Airport (HND). In fact, expect Haneda to become more of a focal point for both international and domestic flights out.

Most importantly, Haneda is much closer to Tokyo city center and is cheaper to access by public transit than Narita’s airport. (Narita is technically in another prefecture, which is kind of like another suburb.) Those transiting between the two airports should allow themselves plenty of time, as the distance between them is significant. Three hours is not enough time to transit between the airports, so keep that in mind when travel planning, since it will easily take an hour to ninety minutes simply to move between airports.

Getting into the city is not a straightforward affair, either: Tokyo can be as large as Los Angeles is, so it really depends on what area you’re coming from and which ones you’re going to. Depending on where you are headed, easily allot good 30 to 60 minutes to arrive at the final destination.

The Keikyū line, a private transport line (the JR or Tokyo subway pass does not include this), connects Haneda airport to most of the city, and will get you to most major subway lines. In general, expect it to cost anywhere from 300 to 500 yen ($2.74 to $4.56 USD). For the most part, this option will be the happy medium between cost and convenience. The other option is to use the Monorail, which will connect travelers to the JR line.

To get into the city from Narita, consider the Narita Express if possible, which is covered by the JR pass. The easiest option is the airport limousine bus if staying at major hotels but costs approximately ¥3,000 ($27.37 USD).

Taxis are by and far the most expensive option for traversing the city, and expect to put aside hundreds of dollars for this privilege.

For Americans, visitors are permitted to stay up to 90 days. Down the canal in Kurashiki. (Erica Ho / Map Happy)

Japan has always been fairly known for being expensive, but in truth, there’s generally no price difference between it and most developed countries, save except for one thing: the cost of transport. That’s where they get you.

Flying can be a great way to see the country, but most travelers will find that the Japan Rail Pass (JR Pass) is a much better deal when all is said and done simply because one round-trip flight to anywhere outside Tokyo will often come close to the cost of the JR pass alone.

Important: The JR Pass must be purchased before entering the country. Most of the best deals must be secured before leaving the country and are only available to foreign residents. In fact, these are deals that aren’t allowed to Japan nationals.

Side benefit? It also includes the Shinkansen, the bullet train, which is part of an integral Japan experience. It even covers one of the major Tokyo metro lines, the JR Yamanote.

The JAL Explorer Pass, available to foreign residents, can offer great value regional flights if not using the JR Pass. (Unlike the JR Pass, it does not have to be “purchased” beforehand and offers fixed prices on flight routes at ¥/5400, ¥7560, and ¥10800 respectively [$49.27/$68.98/$98.55 USD]. It is definitely recommended to search through normal search engines and through the JAL site to get the best deal.)

This country can also be a great place to do a road trip. Hiring a car can end up being the same cost as using the bus system (super complicated — seeing a common theme here?) if there are at least two or three people to split the cost.

Hey, if we are going to talk about money, let’s at least talk about shopping because there is *literally no better place to shop.* From some of the best ¥100 ($0.91 USD) chains around to designer jeans, everything is literally crafted to perfection. And god, secondhand shops.

But I think I got a little sidetracked here. The main form of payment is the Japanese yen (JPY). Though card is accepted here, expect most smaller shops to prefer cash. Also, this is Asia, so I don’t know what you’re expecting here. Cash, cash, cash.

The general rule of thumb is that unless the establishment is a large chain, most boutique stores will prefer cash. In fact, most hostels will only accept cash. This shouldn’t apply to large hotels, hotel chains, and Airbnbs. In general, cards will be accepted for larger purchases.

The discount is applied at point of sale, which is basically the best and most efficient process ever and I don’t know why more countries don’t do this. Many stores across the country participate in this program, which makes it awwwweesssome. 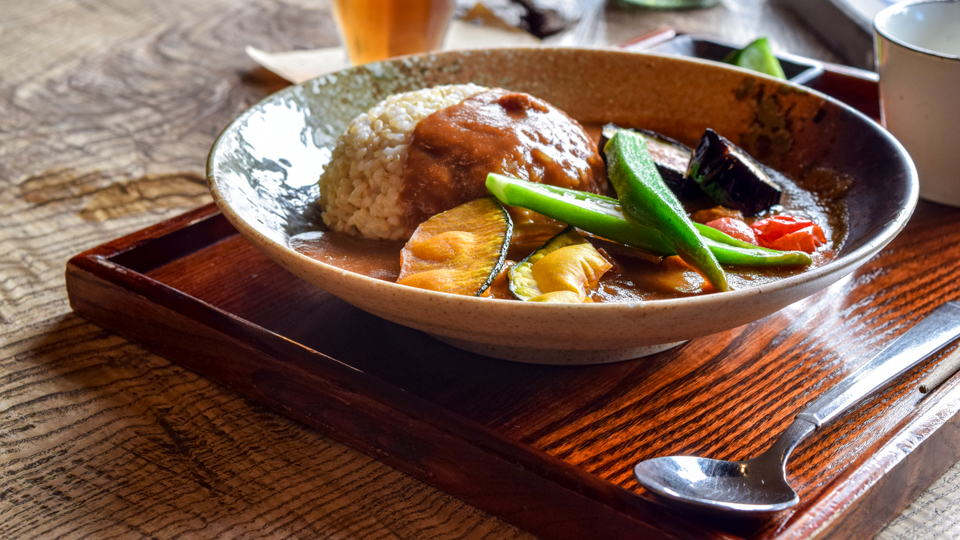 Look, there is more to Japan than sushi. I just don’t know what it is.

In terms of sushi, food snobs should rejoice. The freshest fish on the planet is flown daily from the shores of Japan to London, New York and other major cities around the world where it is later resold and consumed at astronomical prices. Even for the uninitiated, there is often a clear difference. For a more qualitative comparison, what would be considered above average by American standards is often considered average by Japanese standards.

In that respect, the Tsukji fish market is pretty much the Eiffel Tower of Tokyo and a designated Shrine to the Fish Gods. Famed for its early morning tuna auction, this is the place to watch bicycle-sized tunas sell for hundreds of thousands of dollars. Perhaps the one word to know here is omakase, which is the chef’s selection.

It should be noted though that those who do not have a predilection toward seafood may have issues, though it is more than possible to find non-fishy stuff to eat. Curry, katsu, ramen, green tea desserts are just some of the things on offer, and the list goes on and on. Noodle lovers should have a field day, from udon to soba.

(Noodle snobs should explore the Shikoku region which specializes in Sanuki udon, a type of rice noodle characterized by its square shape and flat edges. There was some deep regret in not being able to sample the local wares here.)

But there must be something to wash it all down, correct? The national drink of choice is sake, a fermented Japanese rice wine. Though there are many places to partake, in October, the Saijo Sake Matsuri festival is held annually featuring close to a thousand kinds of sake from all over the country. Saijo, located 40 minutes outside Hiroshima, right off the JR Sanyo Honsen Line, is one of Japan’s most famous brewing districts. (Alcohol is also now included in Japan’s duty-free shopping.)

Drink aficionados should also check out umeshu, a Japanese plum wine similar to a cordial, but often steeped in fruits and mixed in with sugar. It generally has a slightly sweet and sour taste, depending on how ripened the fruits used are. (Okay, it’s a little bit of a girly drink, but it’s great.)

Eat everything. That’s an official mandate.

Come on, this is Japan.

It also used to be that Japanese mobile phones didn’t always work seamlessly with other mobile phones in the past due to different bands and frequencies (the 2100 band is the one that’s important here). However, that, is slowly changing.

If not, SoftBank and NTT DoCoMo are major network providers that may provide SIM card access to travelers. To go real old-school, renting a Pocket Wi-Fi is available for $26 for 15 days.

Japan, Japan, who art thou the safest of them all?

Americans may rejoice in the fact that for once, the U.S.-style plug reigns supreme in Japan.