WhatsApp’s CEO Jay Koum is leaving Facebook. He’s essentially willing to step away from $1 billion1 over privacy issues, so maybe look its time to look into what WhatsApp has on you.

It’s a big deal because WhatsApp records some 1.5 billion monthly users, or 19.7% of the world’s population these days, no joke. That’s 1.5 billion phone numbers stored somewhere on Facebook’s databases.

Since there’s not much we can do about getting rid of WhatsApp in our lives, let’s at least check the privacy features set in our phones (don’t expect much, since Facebook owns WhatsApp, but at least we can all do the best we can?).

To get to the guts of it all, we’ll be providing how to navigate to these specific settings in iOS () and Android (). It’s always a good idea to review settings that probably need an update from time to time.

Great for stalking a significant other’s activity, or torturing yourself over what a previous flame is doing. Seriously, not healthy. Turn that off.

There are three settings to pay attention to: Everyone, My Contacts, and Nobody. In general, the default is Everyone. The first two settings will allow the user to see everyone else’s Last Seen. The last setting, Nobody, will let the user see no one else. It’s a tit-for-tat measure that may be worth curating.

Please note it is also possible to do this separately for individual Whatsapp features, like the Profile photo, About, Status and Live Location. 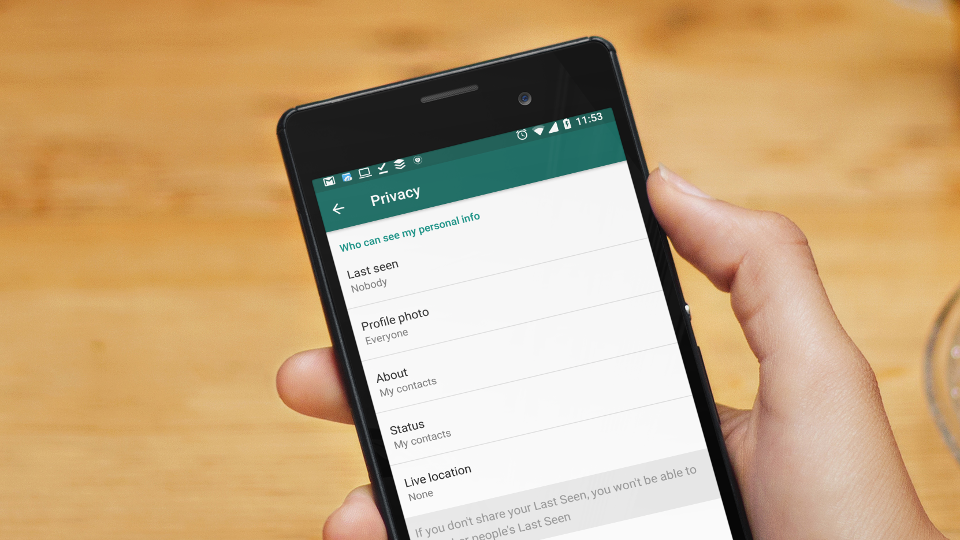 This section of WhatsApp settings logs how many things like messages, bytes, status updates, and calls have been sent and received. It’s kinda like the stalkerbase, but without all the details, because I really don’t need to know all the details, nor does anyone I know.

Primarily used for accessing WhatsApp settings and porting to another app, this is a great feature to check on occasion just to see what information the company has. Note, this doesn’t include messages, which are often backed up separately.

This feature is also not included in the iOS version of the app.

The information isn’t around forever, though, since users have a few weeks to download it (in our case, just under one month).

Luckily, the information, which is exported to a ZIP, and contains a HTML and JSON file isn’t as nightmarish as what this New York Times reporter found on the information that Facebook collected.

The most personal information that WhatsApp seems to collect here after network and device registrations is a profile photo, blocked contacts, group names, and contact numbers. However, the messages aren’t stored. This makes somewhat sense, since its not exactly even easy to switch WhatsApp between devices.