The Mobile Passport app, which is basically like the cheap man’s version of Global Entry, has been around since late 2014, though it really feels like people are becoming more and more aware of it the last few years. On the surface, it seems similar to Global Entry in the sense that it offers expedited customs clearance, though the main difference is that the app is free and all you have to do is download it.

I mean, some travelers have even reported faster results with the Mobile Passport app, even.

But the main disadvantage for the Mobile Passport App is that it doesn’t include TSA PreCheck like Global Entry does, which is a significant advantage for traveling domestically.

But, every coin has its own side. Global Entry costs $100 (for five years), requires a comprehensive online application in addition to a personal interview with a customs officer at an airport, and can take up to a month (or longer) to receive the benefits. But it also includes the chance to apply for the APEC card.

In our opinion, stick to the the Mobile Passport App if international travel is all you do. If it’s a mixed bag thrown in with domestic, Global Entry still yields PreCheck benefits. It’s a lot more hassle, but it saves a lot more time passing through domestic security.

As a girl that has to take out two phones, three cameras, a drone, a tablet, and in general, tons of photo and video gear every time passing through a scanner, trust us, we know. 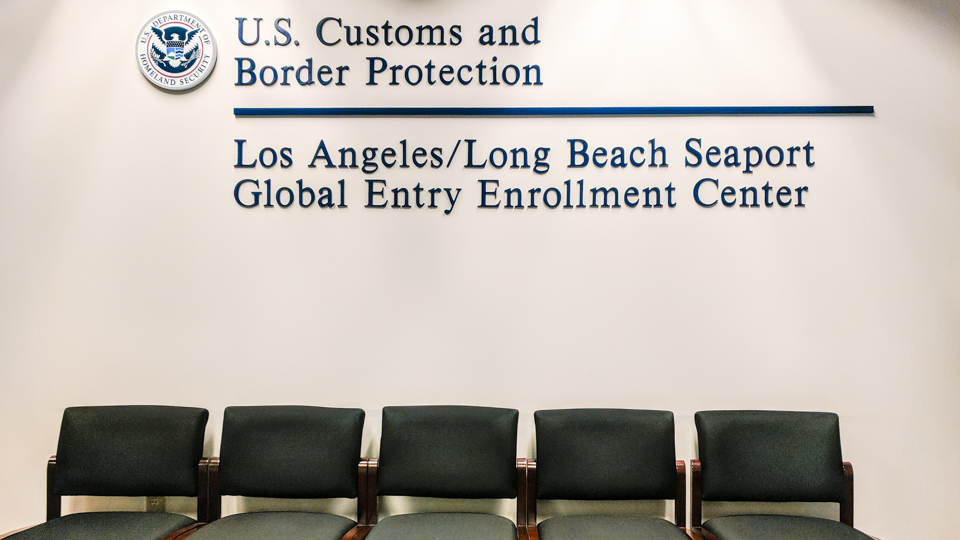 Nothing not like being able to renew Global Entry during the government shutdown.

God affects us all in mysterious ways.

At any rate, we thought this would be a good opportunity to see how the Mobile Passport App fared in action at one of the busiest airports of entry, John F. Kennedy International Airport (JFK). (It is available at 3 cruise ports and 26 airports.)

For the record, though it’s possible to prefill out most of the customs questions on the phone, its best not to submit it until landing at the airport. The receipt provided is only good for 4 hours through the app1, so most travelers will have to wait until the plane lands, and the cell phone reconnects to the network before submitting.

This can be done during while the aircraft taxis, but it’s worth noting some terminals have no reception or cell service for security reasons at all.

Based on other possible connectivity issues, we made it a point to download the app and set up a profile before leaving for Lisbon Portela Airport (LIS). It wasn’t until arrival at JFK that we submitted our customs form/receipt, by keeping the app active on our phone, even if we were in airplane mode most of the time.

Here are screenshots of the process (some we were not allowed to take):

In this particular case, there was one customs officer processing both for Global Entry and Mobile Passport users. This line processed fairly quickly: under 5 minutes, mostly only because the couple ahead of us in line seemed disoriented  and unsure of what they were doing. (Patience is definitely not a strong suit when leaving the airport.)

On the other side, the normal immigration line filled up quickly. The Mobile Passport App is still the best option if none of the travelers are Global Entry members.

At any rate, we spent more time waiting for our baggage to arrive at our carousel than anything else.

Stick to the the Mobile Passport App if international travel is all you do.

If it’s a mixed bag thrown in with domestic, opt for Global Entry for the PreCheck benefits. It’s a lot more hassle, but it will save a lot more time passing through domestic security.

Otherwise, the Mobile Passport app really is that great.