Before we get into the nuts and bolts of travel insurance *gasp, can you hear the excitement* that requires countless hours of reading delightful fine print, let’s start with the basic stuff.

The bright side is that it’s there to save your ass, like anybody who got sick, repatriated or had to cancel any upcoming plans in the last three months know fully well at this point. Going forward, travel insurance will likely be more akin to buying car insurance… pretty much obligatory for any sane person traveling in the middle of a pandemic, and if they don’t, well, you should probably *not* marry them.

Yes, we know it is hard to predict the future, and that there are many things to look out for in a policy, but aside from basic trip cancellation and interruption insurance, the most important piece may be a very specific type of coverage, called cancel for any reason insurance. (Pandemics are usually excluded from policies; it must be listed specifically as a covered incident.)

For a long time, understandably, this was the least known type of coverage. It allows travelers to recoup up to 75% of their travel expenses for any unspecified reason, though there are a few additional things to know about it. Outside a normal pandemic, it’s particularly handy when you’re not sure if a visa will get approved.

For those that have been using their credit card as the primary form of travel insurance, overall, credit card coverage can be limited in scope as the credit card have been slowly removing benefits. It also often requires a higher threshold (aka a lot more discomfort and pain at the airport!) before reimbursements kicks in. However, it’s kinda nice that it’s basically free and doesn’t come at any additional cost for most folks. For a while, credit card travel insurance has seemed to cut the mustard, but there’s no denying that the bar has been raised these days. 1

First things first, though. If you don’t have a cursory understanding of basic travel insurance, TravelInsurance.com has a basic list of the most common types of coverage in most policies. It doesn’t require a pandemic for travel insurance; there are 90 million things that could happen and have happened.

Sick dog in the family? Wife giving you an ultimatum? Cancel for any reason insurance covers that.

Getting deeper into cancel for any reason (CFAR) insurance

Cancel for any reason (CFAR) coverage often must be purchased fairly soon after a trip is booked; in most cases, this means 14 to 21 days. It is not something you can decide you want four months into a seven-month planning process. It is something you have to know you want from the onset.

It is usually sold on top of the standard travel insurance, for additional coverage.2

Jill Gonzalez, a WalletHub analyst interviewed for CNBC, estimates that the cost for including CFAR coverage on a policy is about 15% of the total cost of a trip on the highest end. Typically, a policy hovers around 10%, if not just under, while CFAR adds an additional 50% on top of the premium. 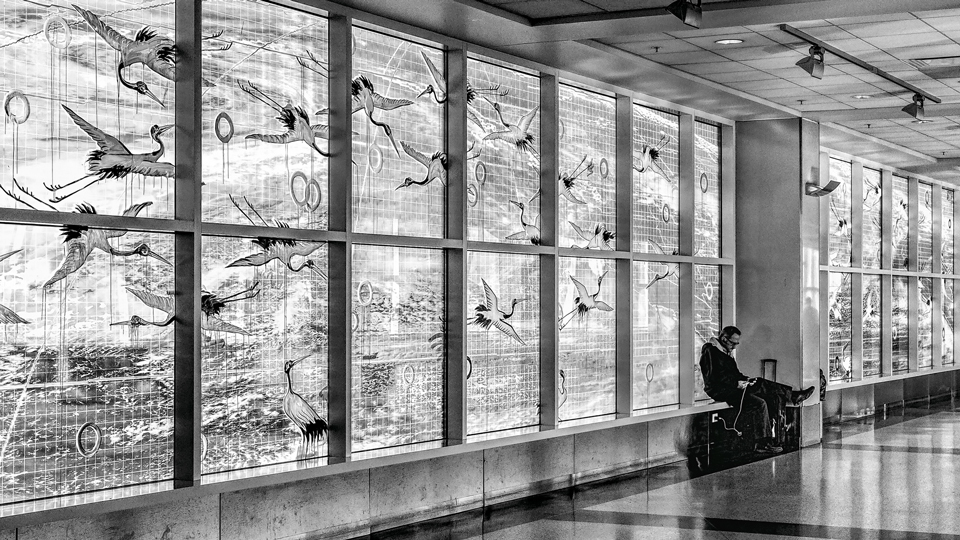 One of travel’s greatest joys, getting stuck at the airport (Sheila Sund / Flickr)

However, unlike standard coverage, CFAR covers up to 50-75% of prepaid and non-refundable expenses if the trip must be canceled for any reason. Standard coverage typically covers 100% of the full cost. Typically, if you have both, it’s smart to use the standard insurance to cover what is possible first, and then use CFAR for any extenuating circumstances or expense to fully maximize the benefits.

Insurance companies also have per-person limits for CFAR, and the trip must be canceled within a certain number of days before the trip commences (usually two days). Read the fine print.

Here’s the gist of standard travel insurance versus CFAR coverage summed up.

Please do keep in mind that these are general guidelines, and the time-frames and percentages established are dependent on the specific policy.

Cancel for any reason (CFAR) coverage depends on the state (and country?) that the traveler lives in. For instance, for a long time, CFAR insurance was not offered to New York residents, but thanks due to a recent deluge of complaints, policymakers have begun offering it, according to Reuters.

In short, it’s not completely out of line to expect it to become more prevalent; however, there is a good chance for CFAR premiums to rise as demand soars.

More often than not, there are four main things to be aware of while comparing different policies:

Stay safe, and travel on!

There are four main things to be aware of while comparing different CFAR policies: