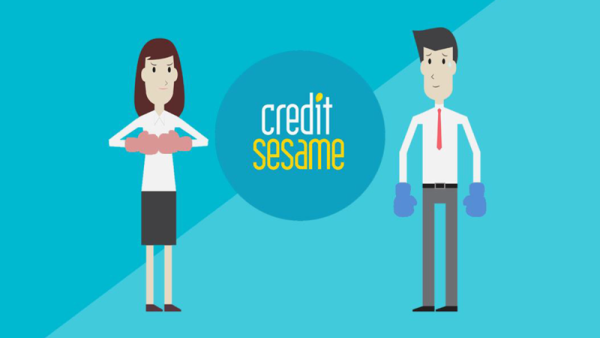 This sponsored post is brought to you by Credit Sesame.

Credit Sesame recently put together a study that compared the credit profiles of men and women. We wondered which gender has better credit and why.

The analysis was gathered from a subset of our 7 million Credit Sesame members across the nation, and we analyzed the Credit Sesame reviews, overall debt loads, credit limits, collection accounts, and where these men and women reside.

Some highlights from the data

Men have higher credit scores than women overall. One possible explanation is that men make more money. Nearly one in five, or 18% of women in this analysis, reported earning $75,000 or more annually, compared with 23% of men.

Age is a factor

The credit discrepancy widens with age. Though men have higher credit scores across all age groups, the gap is largest among those 65 and older, where men maintain a 15 point advantage.

Men carry more credit card debt than women, with an average balance of $3,854. But because their credit limits are higher, they are using less of their available credit. 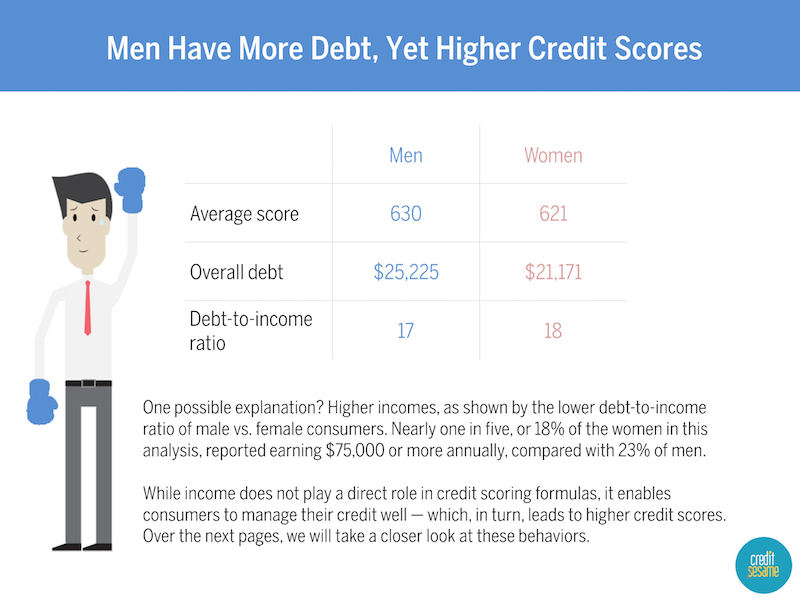 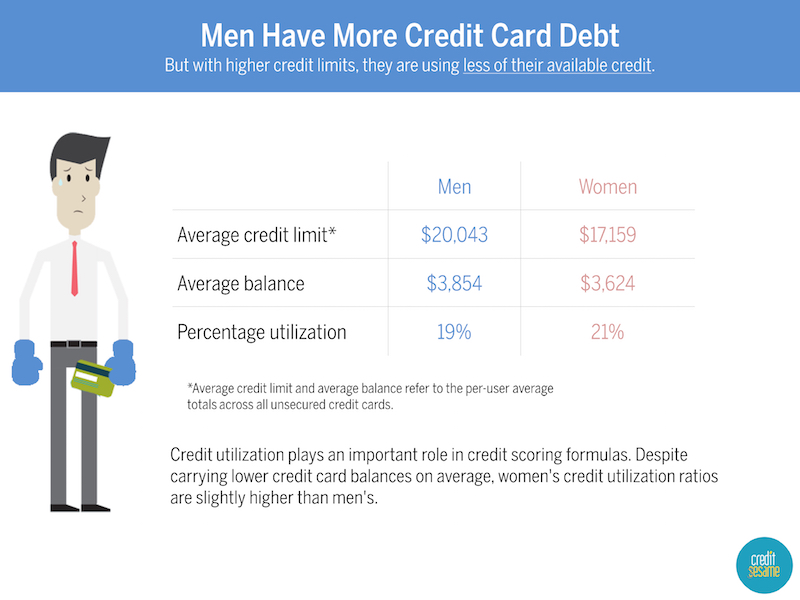 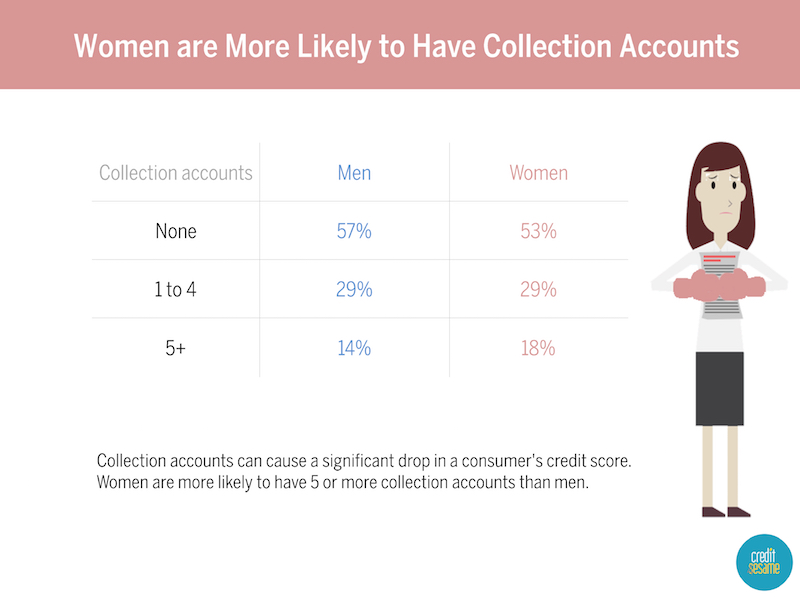 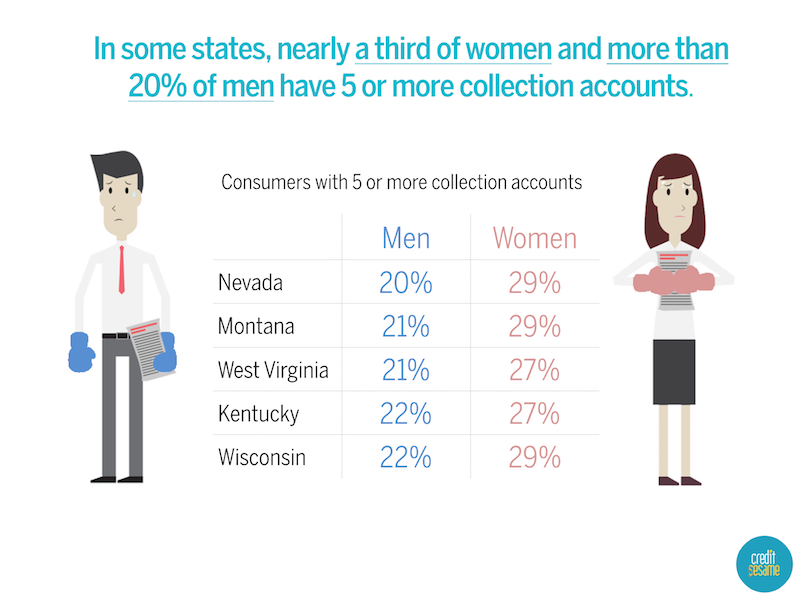 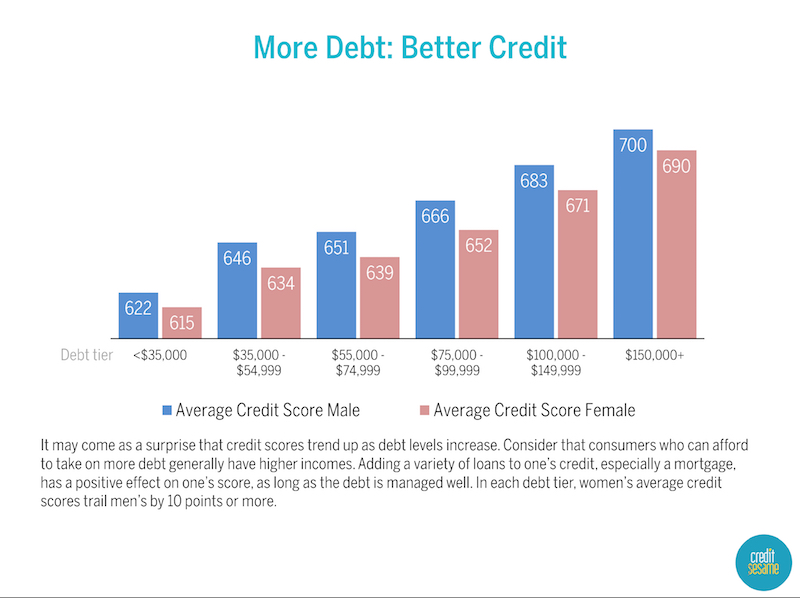 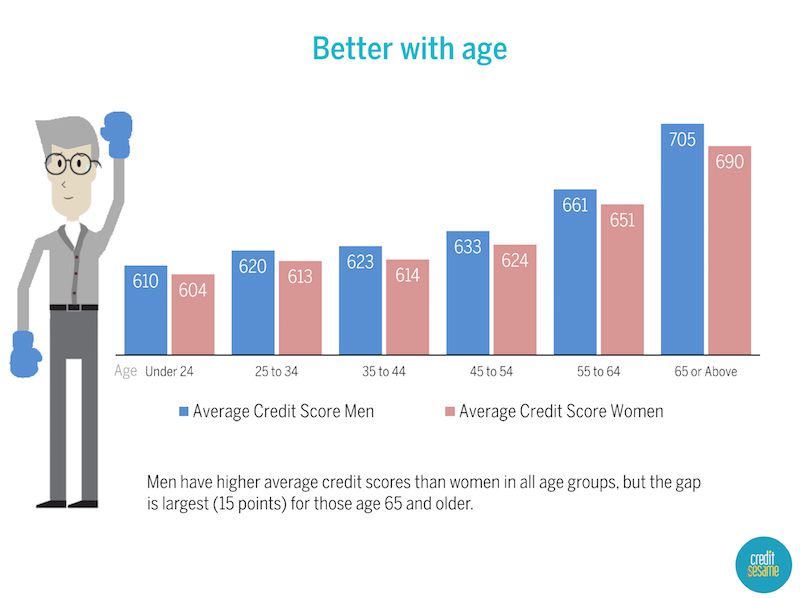 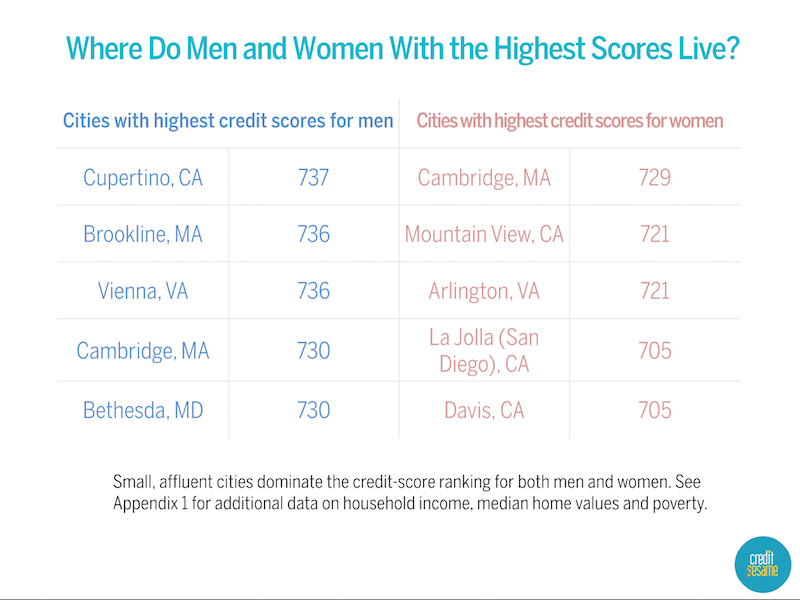 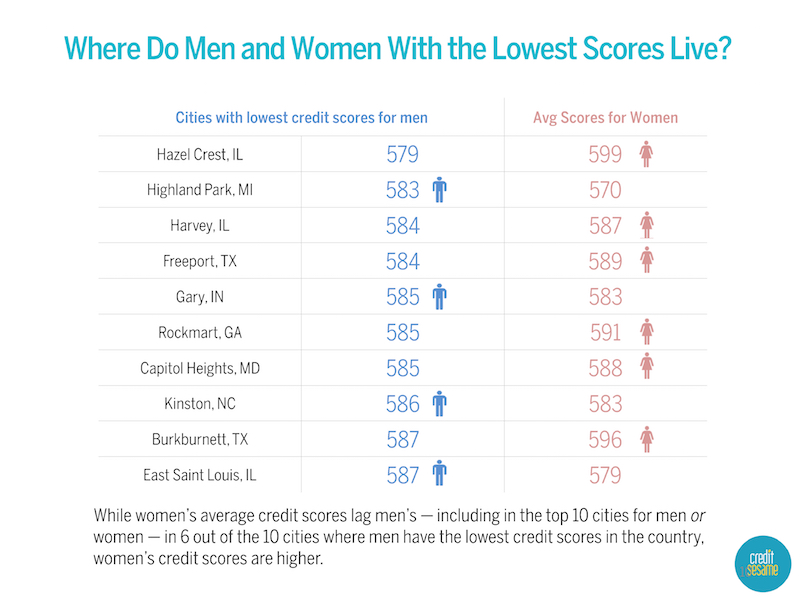 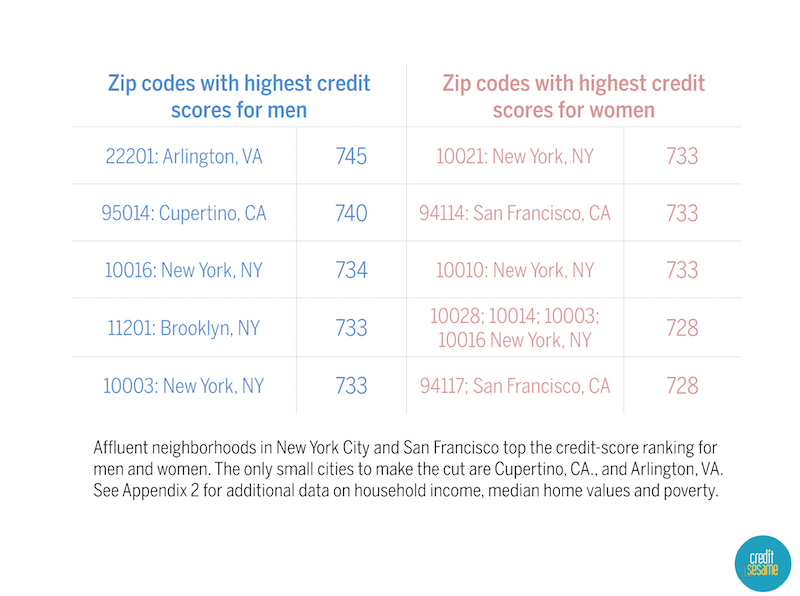