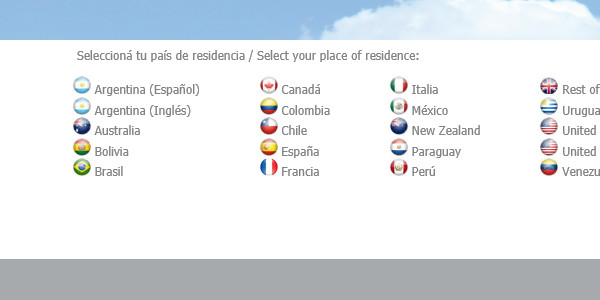 The quest for plane tickets can drive us to jump through all sorts of proverbial hoops, like hiding our location and changing our language until we find—ta da!—that cheap golden ticket.

But sometimes the tickets aren’t necessarily supposed to be ours for the taking. In certain countries, domestic flights are subsidized by the government. And so, for these airlines and routes, the lowest fares online often are strictly for residents. There might be no issue buying the ticket online, but that residency rule can be enforced right at check-in and require full fare at the desk. Meaning that that cheap plane ticket might not end up being the cheapest ticket after all.

I learned this through a friend’s unfortunate experience in Argentina. She booked a domestic flight with the lowest-priced tickets she cound find, which were on Aerolineas Argentinas, the country’s government airline. There was no issue with ticketing. However, when she showed up at the airport to check in, the airline agent double-checked the fare—privileged for residents, she was about to find out—and asked for her official proof of residency document. Being a tourist, of course, she didn’t have one. She wanted to fly right then, so she wasn't left with much choice and coughed up the price differential right there for the ticket.

Was that ticket still the cheapest in the end? Maybe, maybe not. But it definitely would have been less stressful to have known from the beginning instead paying more than $100 more a little over an hour before the flight at the airport. (And a $100+ difference is substantial no matter where you are!)

These resident plane fare subsidies exist in much of South America, including Argentina and Peru. Spain also has something similar, referred to as the Spanish residency discount. If you're buying a plane ticket abroad, it's a good idea to figure out if it's a resident ticket or a point-of-sale ticket. These are two drastically different type of tickets, and the latter is completely kosher. Just in case, here are some hints as to whether the lowest fare listed for a domestic flight could be for residents only:

To expand on that last bullet point: When I use an airline's site in its native language, or, like with LAN, enter my "country" where I want to buy tickets (rather then my country of residence), most websites often assume I am a resident. Sometimes this comes with other pitfalls; for instance, Mexico lumps in the cost of its Forma Migratoria Múltiple, a visa, in foreign flights for nonresidents. That becomes payable if you managed to avoid paying for it in your plane ticket.

Worth noting: Longtime Buenos Aires blogger A Gringo In Buenos Aires has authored an oft-referred to piece a handful of years ago about how to hack this and fly at the resident rate. It involves some masterful packing (hand luggage only) and avoiding ticketing agents at all costs — but it can and has been done. Proceed at your own risk.