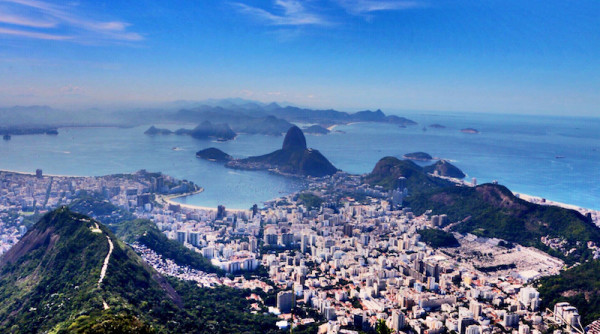 Fulfilling an online plea to “come to Brazil!” just got a whole lot easier. But some other countries, not so much.

Reuters reported that Brazil will allow temporary visa-free travel for citizens of the United States, Canada, Japan and Australia. This waiver lasts from June 1 to Sept. 18, 2016 for visits up to 90 days. The change comes in time for the Rio Summer Olympic Games, which run August 5 through 21. The move appears to be a play for greater attendance at the games as well as for a boost in tourism revenue to aid with their current recession.

Travel visas usually must be obtained in advance of travel from a Brazilian Embassy or consulate. The process requires a bunch of documents to be in order, not to mention the bummer of a $160 fee. This move will make a trip to Brazil as easy as it would be to visit participant countries of the Visa Waiver Program.

Brazil isn't the only nation planning changes to its visa program in 2016. The U.S. recently amended the Visa Waiver Program. It now requires those with dual citizenship in or who have visited Iraq, Syria, Iran or Sudan in the past five years to apply for a travel visa—if even they are a citizen of a VWP nation.

All 38 VWP participant countries, mostly European, are affected. This change, alongside increased travel restrictions in Europe, seem to signal that, despite Brazil's temporary openness, the next year will see an increased tightening of border security worldwide.

So what could this mean for U.S. passport holders? Passport Index ranks the United States as number one in passport power alongside the U.K. Ranking is based on the number of countries that can be visited without needing a visa, or where one can obtain a visa upon arrival.

But just because the U.S. passport is strong doesn't mean everywhere is equally accessible. Far from it, in fact.

Besides the obvious example of North Korea, countries with no direct diplomatic ties to the U.S. like Bhutan and Iran, or countries where the U.S. has no diplomatic presence like Guinea-Bissau are tough to get to because visa applications are handled extra-nationally.

To apply for a visa to visit Bhutan for example, U.S. citizens have to go through the U.S. Embassy in New Delhi. Bhutan also requires proof and full documentation of tour reservations (required by the state, and that can only be booked through local agencies) to even apply for a visa.

Albert Podell, author of Around The World in 50 Years, wrote on the subject of difficult countries to enter. Some are difficult due to form and documentation requirements, like Russia's 41 question application that asks, among other things, of previous places of work, educational background, and any firearms training. Not to mention the sponsorship requirement!

Some places are hard to enter due to geographical isolation, small size and lack of accessibility. The Pacific island nation of Nauru only has one inbound flight per day, and few international embassies and consulates. Others are or were historically a challenge to enter due to civil unrest—Podell gives examples of Yemen, Angola, and Sudan to name a few.

What's telling in all of this is that Brazil's loosened visa requirements seem to go against worldwide trends. So get there while you can! Even if not for the Olympic games, take advantage of this rare easy access while it lasts—especially if Brazil is a must-see destination.