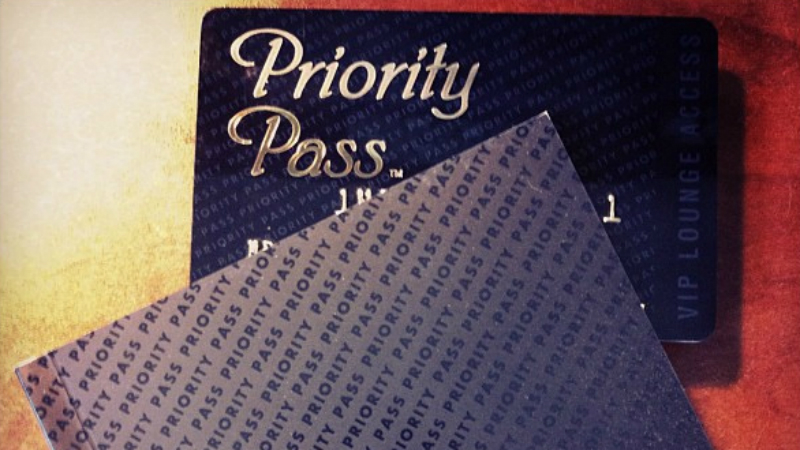 Perhaps I’m regretting the fact that I didn’t try to requalify for Star Alliance Gold last year, but I really do miss my lounge benefits. It’s only in a fit of desperation that I would try for what was unthinkable before: pay for them.

If you’re going to buy your way into status, look no further than Priority Pass. A membership allows you to enter 700 lounges worldwide, albeit with a small fee each time depending on the membership tier. There’s a range of different clubs available to members, from typical airport lounges to the swankier airline lounges.

Rather unsurprisingly, the United Club is off-limits to U.S.-based Priority Pass members, but I’m honestly not surprised at anything United does these days.

(Hear me out. I know this is a first world problem, but a girl can only deal with so much after cavorting around Singapore’s business lounge in Changi and drinking freshly-brewed cappuccinos in Turkish’s Istanbul lounge.)

Priority Pass offers three tiers of annual membership. The cheapest Standard membership starts at $99 but also charges $27 for each visit. The Standard Plus charges $249 but offers 10 visits for free before they begin assessing the $27 visit rate. For those on the go pretty much all the time, the Prestige membership charges $399 for full, unlimited usage at no additional cost. Guests get charged a flat $27 no matter what. Priority Pass pricing is as complicated as wandering through an IKEA maze.

Turns out, if you plan on visiting a lounge one to five times a year, you should go with the Standard membership. Six to 15 visits would make the Standard Plus membership the best deal; and after that, you really should become besties with the Prestige membership.

The exact costs can be visualized in the enlargeable chart below, which shows how much each subsequent visit would cost depending on the membership type. (For easy reference, the cheapest membership is highlighted in red on the number of visit you’re on. This doesn’t include any guest fees.)

After doing a bit of research, I also realized that Priority Pass offers a fair selection of discounts to other groups. The best offer I found for U.S. members was 20% off as a result of the Freddie Awards. The actual numbers are going to play out differently—of course—but it is interesting that the frequency at which you should buy each membership changes.

In fact, anytime there seems to be a discount in effect, the best membership shifts up by one visit. If a traveler plans on visiting a lounge one to four times a year, they should go with the Standard membership. Five to 14 visits would make the Standard Plus membership the best deal; anything after that warrants the Prestige membership.

The best deal is actually given to Visa Infinite holders residing outside the States; in this case Standard members receive 35% off, while Standard Plus and Prestige receive 25% off.

Chart with the Visa Infinite discount.

Look, obviously, there are going to be cheaper ways of getting Priority Pass—by playing the credit card game which I’m not a big fan of—which is cool if you’re doing those things anyway. But I like to draw the line at certain things in the sand. On the other hand, it is possible to redeem Marriott Rewards and Hilton HHonors points for one.

(It should be noted that a lot of these “free” memberships only include the cheapest Priority Pass membership, so figure out what you’re getting first!)

Springing for a Priority Pass or not is going to be completely dependent on how well you know your own travel patterns and whether the lounges they offer fit with that. I often used a lounge about six to ten times a year, but a lot of it varied on where I was flying and whether I even had time to spend in the lounge. At best, most of the time I would just run to the lounge for a quick shower before jumping back onto a connecting flight out.

I’d garner a guess that I might use a Priority Pass lounge less than 10 times before I finally qualify for Asiana Diamond—and in turn, Star Alliance Gold—and don’t have to deal with any of this nonsense anymore. But let’s see how long my cobbled-together lounge passes last me first.

If you plan on visiting a lounge one to five times a year, go with the Standard membership. Six to 15 visits would make the Standard Plus the best deal; after that, the Prestige membership provides the most value.