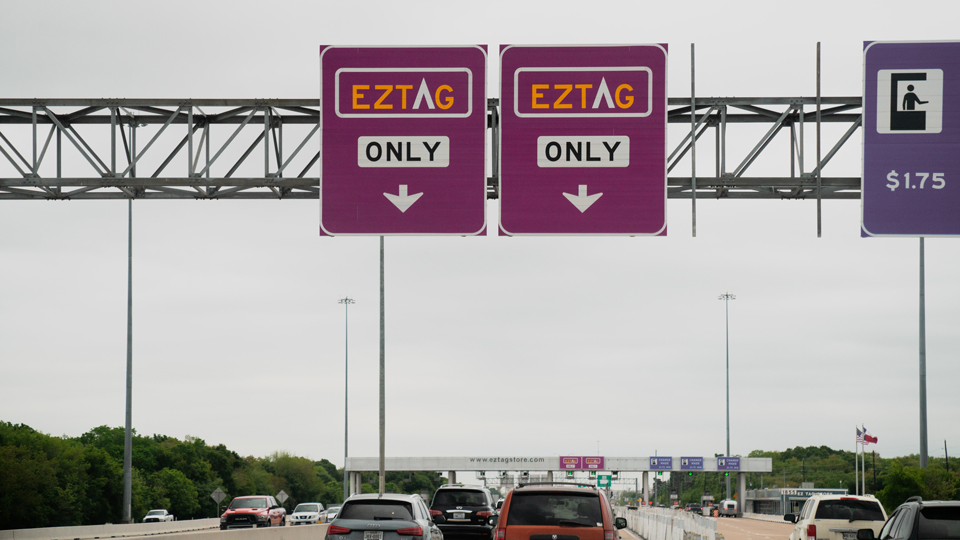 Planning a road trip without your own car?

Our favorite rental car service, Autoslash, has this ingenious road tip for avoiding high toll charges: Bring your own transponder.

Not only does it make sense to avoid the numerous toll fees a car rental agency will tack on, it means you can take advantage of discounted rates (if they are available). In other cases, a lot of tolls are going cashless, meaning there really might be no other option.

Even if you don't own a transponder or an E-ZPass, some states allow renters to open an account at no or low cost (Massachusetts and North Carolina, for example).

Technically, you’re supposed to add the rental car’s license plate to your E-ZPass account. In our experience, you don’t have to. Just make sure you firmly hold your transponder up to the center of your windshield. If for some reason the toll plaza doesn’t read your transponder, it’ll bill the rental car company anyway.

Though there are three major groups of toll agencies around the U.S., there are also many not affiliated with each other (which makes sense, since these are privately run highways). It's worth looking at your route in advance to plan ahead.

That said, the largest and most well-known is E-ZPass, which runs from Illinois to Florida all the way up to Maine. It covers the entire Northeast, most of the Southeast, a good chunk of the Great Lakes region, and parts of Texas.

Most rental cars, though they are equipped with a transponder, often charge a daily toll fee—that's a fee for every single day of the rental—alongside the toll fee.

The alternative, running the toll, obviously incurs a huge fine, which is then passed on to the renter, which isn't a great option either.

In short, toll fees can add up to ridiculous amounts with a car rental, so why bother with it if you don't have to?

Guess what? A lot of tolls have gone cashless, so that may no longer be the option it once was.