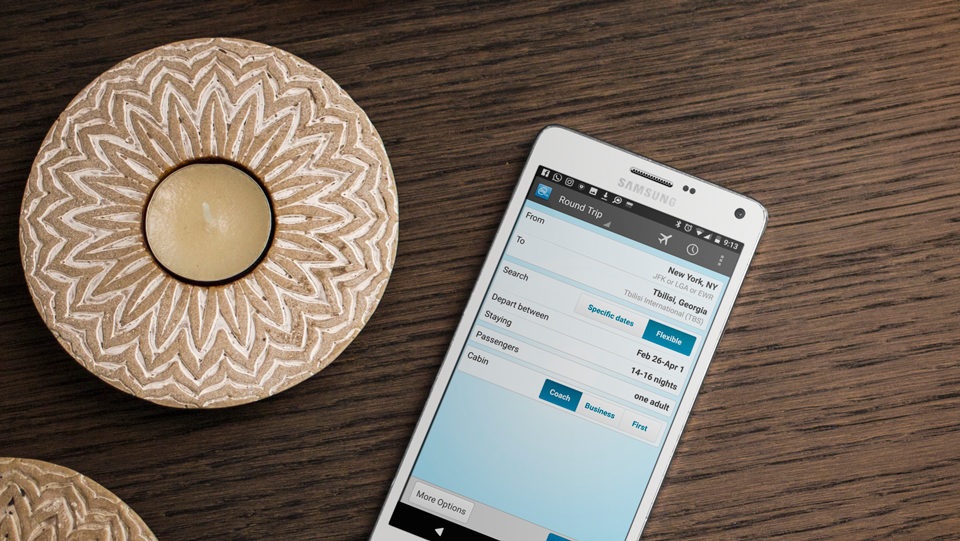 Since I've started traveling in 2009, I've seen United devalue its program to kingdom come, the famous Canadian exception come to an end and Pluto get demoted from planet to dwarf planet. (Kidding. That happened in 2006.)

The latest casualty from this bygone era of travel hacking is Google's OnTheFly app, the mobile version of Google ITA Matrix search engine, which started disappearing from the app stores last October. But, through some scrappiness, it's possible to bring the app back before its completely gone.

It's a clear message to consumers: Google is ditching it in favor of Google Flights, which it launched back in 2011.

ITA Software's mobile flight-search app OnTheFly is no longer available and existing installations will no longer work after December 2017. You can still search for flights using ITA's technology here on Matrix. Or try Google Flights on mobile to find the best fares wherever you are.

But it's still sad and painful, because in the right hands, ITA Matrix to a travel hacker is like giving a human geneticist the building blocks of DNA and RNA. Equipped with the proper knowledge, it transforms from a search engine into this weird, god-like thing where you can ask it almost anything.

Until then, my friend, there's a whole year left to enjoy it before the end comes.

Though the file is no longer available on Google Play, it's possible to grab it from APKPure.

For quick edification, APKs are basically Google Play files used to install apps on the device. It is the Windows and Mac equivalent of the EXE and DMG file.

This particular 2.1.0.2 version seems like it was last updated December 2013. Beggars can't be choosers on what version they get, but so far it seems like Google barely updated the app throughout the years. If it ain't broke, don't fix it?

The next couple of steps are relatively simple. In this particular case, I downloaded the file on my computer, emailed the file to myself, opened up my email on the phone and downloaded the file. Opening the file on Android will cause it to ask the user if it would like to install the file, in which case the process is pretty simple from there out.

The only issue users might run into is if this is the first time you've ever done this, Android will ask permission to install an app from an unknown, verified source, or warn users the settings must be changed before it will allow the installation. (Go ahead and change them, I had zero problems with the file.)

I love having the app back on my phone again.

iPhone users may be completely out of luck at this point. Several iPhone users reported not being able to access the app despite several workarounds. (Map Happy was also not able to pull it up on our company iPhone.)

However, if you're getting really desperate, it's worth attempting because it doesn't necessarily require a lot of work.

In my experience I have been able to resurrect purchases of no longer available apps by doing the following.

This has worked for me in the past with things like the FlyerTalk app for example. Otherwise if you have backed up on a computer you should be able to bring it back and you may be able to find it by accessing your previous purchases on the App Store through the web.

Please let us know if you manage to get it up and running.