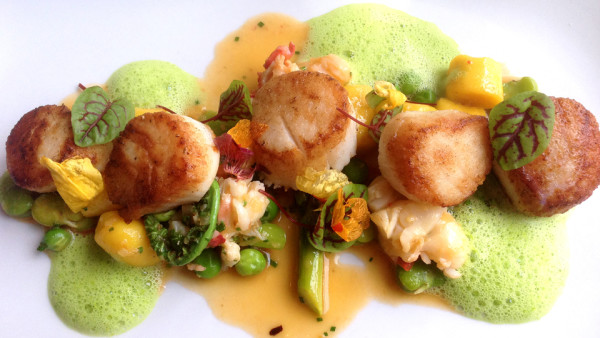 The hotel restaurant shouldn't always be a last resort. In some cases—like these—it deserves to be first choice.

Hotel restaurants can get snubbed but oftentimes, they totally shouldn't be. That would be a horrible mistake and would mean skipping out on an experience like Gordon Ramsey’s restaurant at InterContinental Bordeaux. Sometimes traveling means going downstairs.

Hotels can often do so much more than restaurants than can be done in other circumstances: They have the resources to recruit the best chefs (sommeliers, too!) and then give them ample room to be creative for a dazzling display of gastronomy.

These are several hotel restaurants that make me want to book a ticket and a table all at the same time since I haven't had a chance to experience it all. I figure I can worry about the wallet later.

Floor to ceiling windows? Try floor-to-ceiling aquarium. Though Al Mahara looks subterranean it actually is located on the ground floor on one of the most luxurious hotels in the world, the Burj Al Arab in Dubai. Apropos for a place set amid aquariums, seafood is the specialty. Not a terrible idea to start at the top of Burj Al Arab—at the observation deck—and work my way down to dinner at Al Mahara.

Aqua at The Ritz-Carlton, Wolfsburg

The restaurant, a Zen space, and the hotel's setting are striking in Wolfsberg, Germany,and I can only think to best describe it all as industrial-luxe. (When it's a Ritz-Carlton across from an auto plant, that's a term that'll get conjured up, I suppose.)

Chef de Cuisine Sven Elverfeld is behind the restaurant, which yes, has three Michelin stars, and he delivers plates that look almost too perfect to eat. But that's not the point.

For anyone that has the notion that British cuisine doesn't have much to offer on the world stage, point them to Dinner by Heston Blumenthal. Blumenthal, of course, is best known for The Fat Duck, a three-star Michelin restaurant located in Berkshire, England. The chef traces British history with his menu, dating items to their origin, like "Savoury Porridge (c.1660)." The setting is nothing antiquated, though; it's sleek but inviting. 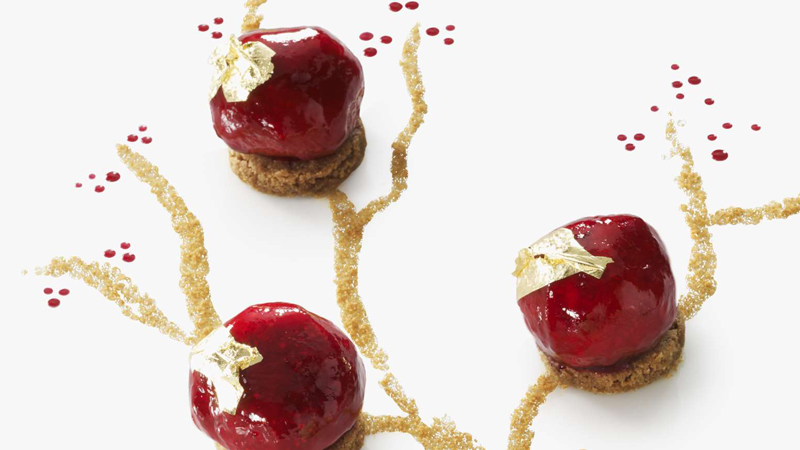 Because some like it haute. If I'm going to go that route when visiting Paris (and where else better to?) I might as well go all out or go home. And I've pinpointed Epicure, with its three Michelin stars and chef Eric Fréchon at the helm, as the place to do it. Fréchon is able to give a slight spin on the most ordinary of dishes: stuffed macaroni with artichokes, black truffle, duck foie gras and Parmesan cheese. It just can't be bad.

El Motel at the Hotel Emporda

If I could have redirected my friends to Dalí's Catalonian hometown of Figueres for a few hours. El Motel looks beautiful but not at all presumptuous, and while the website leaves pretty much everything to the imagination, they offer a seasonal, rotating menu of modern European and Spanish dishes, with a tasting menu that apparently can be had for about €40 (with an extra €10 for wine pairings).

I've never been to Nobu, a name synonymous for best sushi ever on this side of the world, and at this point I want to have my first Nobu experience in a place where glam hits its apex. That has to be Caesars Palace Las Vegas. And for a full immersion experience there's a Nobu Hotel situated right within Caesars Palace, too. 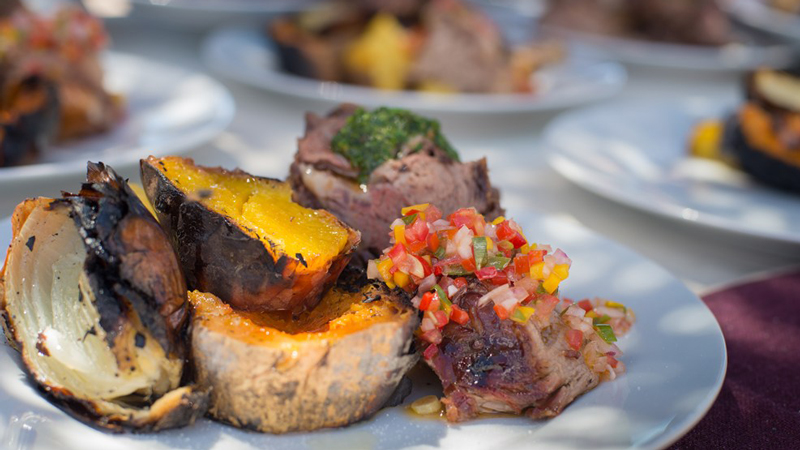 If you’ve seen the Netflix-original series "Chef’s Table" then its hard to forget the nature-loving and free-loving chef behind this place: Argentine Francis Mallmann. (I couldn't not include Argentina!)

Mendoza is one of Mallmann’s places in the world and Siete Fuegos at the Vines Resort & Spa location is his latest venture. It involves lots of rustic, delicious food (and lots of meat, of course) cooked slowly over crackling, open fires right nearby. This is the Maillard technique in its full glory.

A golden chef who got his restaurateur start in the Golden State: it's a perfect marriage. The celebrity chef might be big but when his restaurant at the Hotel Bel Air in Los Angeles opened after the hotel's renovation in 2011, it seems he's shown he's deserving of all that fame. The dishes, which fall under "California cuisine" with Mediterranean influences, looks so fresh, and the setting so stylish yet comfortable. Seems apropros.

Hong Kong is hotel-centric as it gets when it comes to fine dining.  (The Peninsula Hong Kong is most well known for its coveted afternoon tea.) Lung King Heen was the first Cantonese restaurant in the world to be awarded three Michelin stars in 2009. But if Cantonese isn't what you're feeling, French restaurant and fellow Michelin-starred restaurant Caprice is located in the same building. 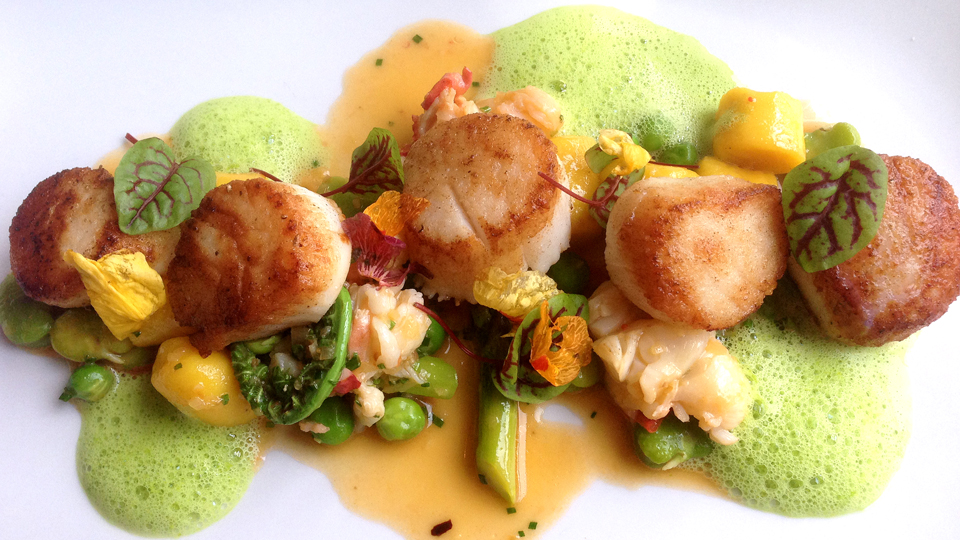