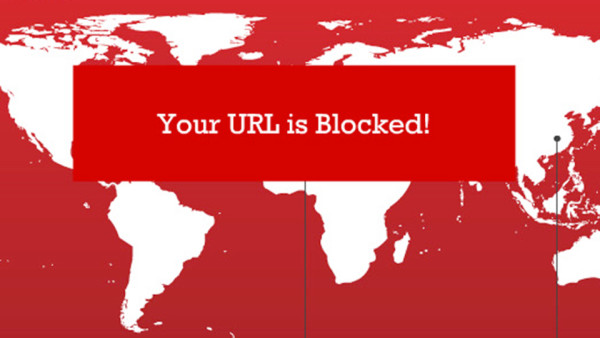 pinkiwinkitinki / Flickr
Pro Tip Forget getting your Facebook fix. There will be no poking, mindless surfing or liking a photo of an overpriced cupcake for you. It's not something you really think about… until you're in a country like China or Russia.
Updated: August 1, 2017Bloomberg reports that starting February 1, 2018, VPNs will no longer be permitted in China. Reuters also reports starting November 1, 2017, VPNs will no longer be permitted in Russia.

It’s hard not to feel it: no Facebook, Twitter, LinkedIn, YouTube and even Google sometimes. That’s only the tip of the iceberg – in China, all news regarding the Egyptian revolution was censored for fear that it would spark dissent amongst its own citizens. We're not exactly talking about freedom of speech, here. For funsies, you can even try it out here.

But fortunately, when there’s a will, there’s a way. Proxies, virtual private networks (VPN) and a host of other tools will help you escape into the wild, wild west of tweeting if you so desire. These methods get you past systems in place that are intent on thwarting your ability to surf in bliss.

Software blog Lifehacker has a handy reference on how to create your own proxies, and while these cheaper options yield limited results, experience tells us if you really want access to uninterrupted content (that doesn’t take a million light years to load), your best bet is to find a dedicated VPN.

Unfortunately, the luck of the draw is that if you want a quality service, you're going to have to shell out a few dollars, unless you happen to have one provided by work. It ain't free, but there are many decent personal VPN services available. Options and prices vary, depending on usage, server locations and security. A personal favorite is WiTopia, which starts at $50 USD per year. (We even have a discount code available!)

Some services offer no bandwidth limits and have servers scattered around the world. Generally, the closer you physically are to a server, the faster your access should be. Mainland Chinese users can find access to servers in Hong Kong, where Internet is unfiltered. Other users can also connect to a U.S. server or U.K. server, which will get you access to country-specific services like Netflix, BBC Player or free VOIP calling. Which is great for all those Glee Mad Men marathons, right?

There’s also something else to keep in mind: by encrypting your connection, you’re also adding an extra layer of security. Chances are if information is tightly controlled by the government, they are also monitoring your usage of the world wide web at any given second. Let’s keep the jabs off the Chairman for a bit, k?Reuters