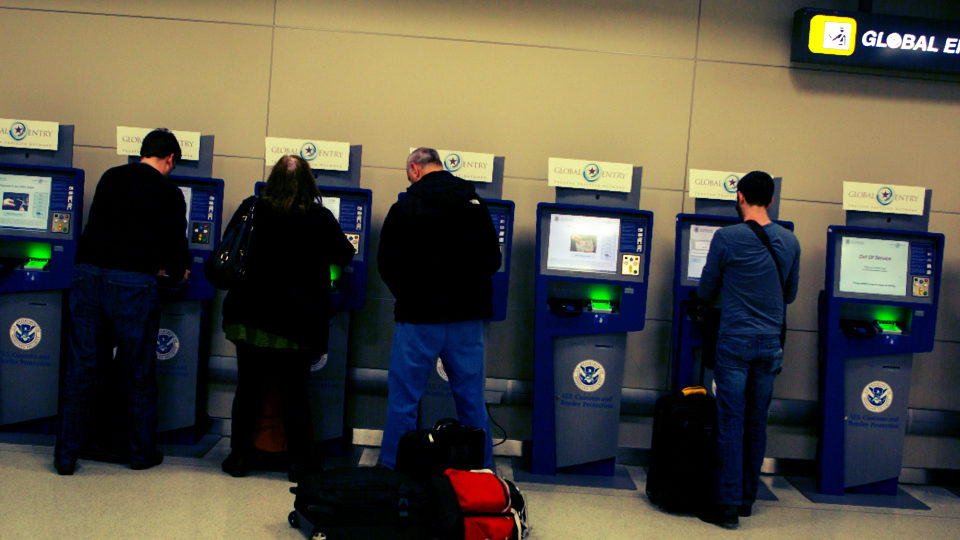 This is kinda cool, but then again the bar for “cool” when we're talking about Customs and Border Protection is a little low.

The U.S. Customs and Border Protection announced an update on Friday to their Global Entry program: Passengers who have been conditionally approved for an interview can now land at an airport, complete the process and clear customs at the same time.

This differs slightly from the current process where you can schedule an interview en route at any airport from about anywhere with the main caveat being that it won't kick in instantly. Once the interview is completed, there is usually a waiting period before the card comes in the mail and a GOES (Global Entry) number is assigned.

For the most part, it only includes three Texas airports, one California airport, and a Canadian airport.1 Most noticeably, LAX and the major NYC airports (LGA, JFK, EWR) have been left off the list. This makes sense, since it takes time to ramp up operations at such high-traffic airports.

CBP told us they have plans to expand the airport list eventually, but didn't provide  an exact time line of what that would look like.

The program kicks off at the five designated airports listed below: