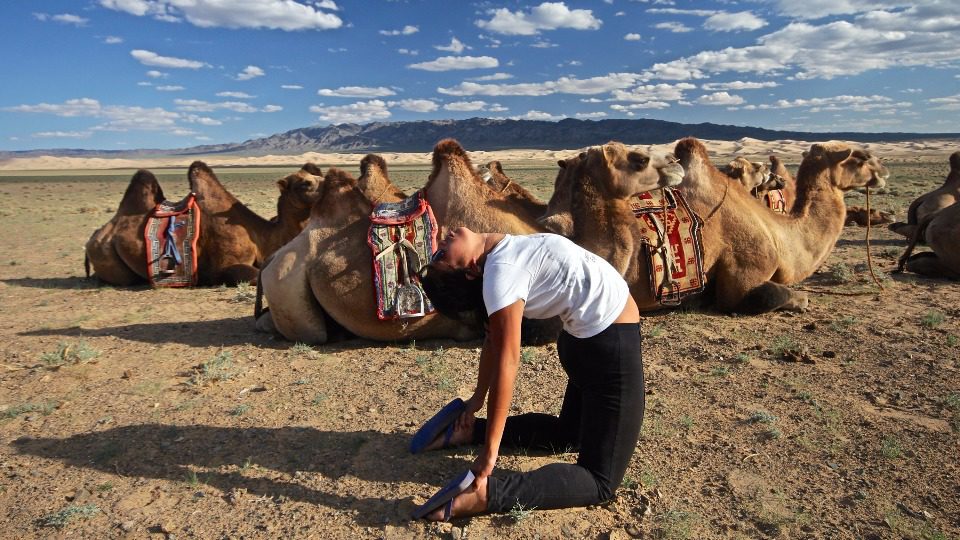 Scott Spigelmyer
This is part 2 in How I Didn't Quit My Job To Travel the World series.

Call it adulting or whatever you’d like, but it is also called being responsible.

There’s a certain sheen to traveling without a care in the world but the alternative is scrubbing toilets if things go south. Fortunately, for every 20-something throwing caution to the wind (pro tip: it's actually nice having money to spend on the road), there is another person making their lifestyle work for them.

Recently, we ran into April Peregrino, 38, a Chicago-based pharmacist who has been traveling every other week and has visited almost 100 countries over the past eight years.

The crux of it? Her work schedule requires her to work for a week straight, but gives her a week off in return. It's during these weeks she finds time to live in Chicago, spend time with her husband, visit family and friends, and of course, travel during football season.

The following interview has been edited and condensed for clarity. 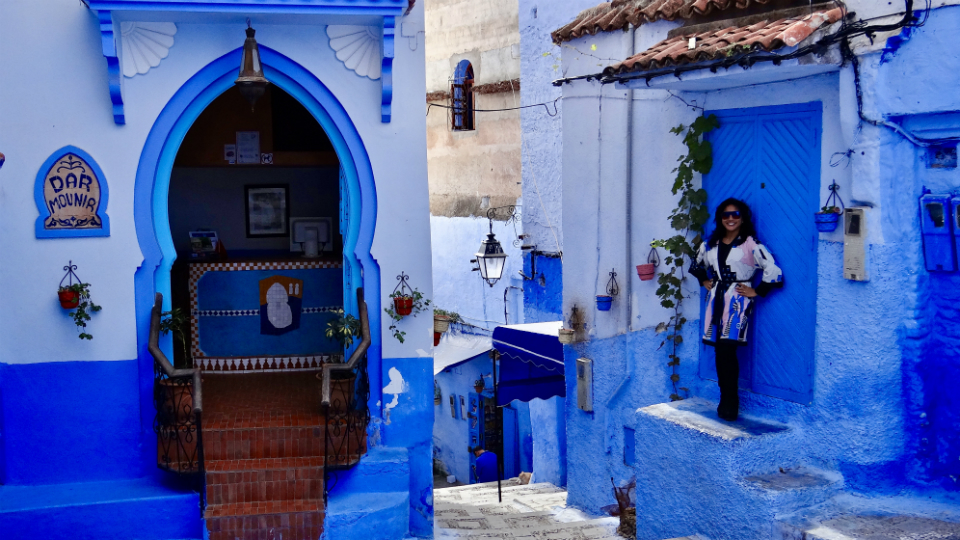 So, from what I understand you live in Chicago. So how long have you been living there?

So I grew up in Chicago, I was born and raised here, and kinda never really left, which I think is kinda amusing because obviously I've been to all these countries and places that people have never been to before, in terms of [places] they wouldn't even think of going to, like Iran or Somalialand, but I do like having a place here. I have family and friends here, so that's the stability part of my life, and as a traveler you never know what you're going to get... so I've been here all my life.

I work as a pharmacist in a retail setting, I work at a 24-hour pharmacy, so my job is as an overnight pharmacist. I work seven nights in a row, so that's 70 hours, and then I'm off seven days in a row.

So on my week off, my husband is very, if he's okay with where I'm going, he's willing to let me go traveling where I need to go to fulfill my wanderlust.

Oh dude, I totally understand. I have gotten that all the time as well [in the past]. So, for how long have you been doing this?

I've been doing it for about eleven years or so. I don't think in the beginning it was so travel-heavy. You know, on my weeks off, I have a lot of other obligations, not only just friends, but family stuff going on.

But after my mother passed away in 2009, sort of around 2010, that's when it became more full force, like every other week. I'm not traveling 26 weeks of the year, but I'm traveling a lot of weeks out of the year.

How many weeks out of the year do you think you are traveling? 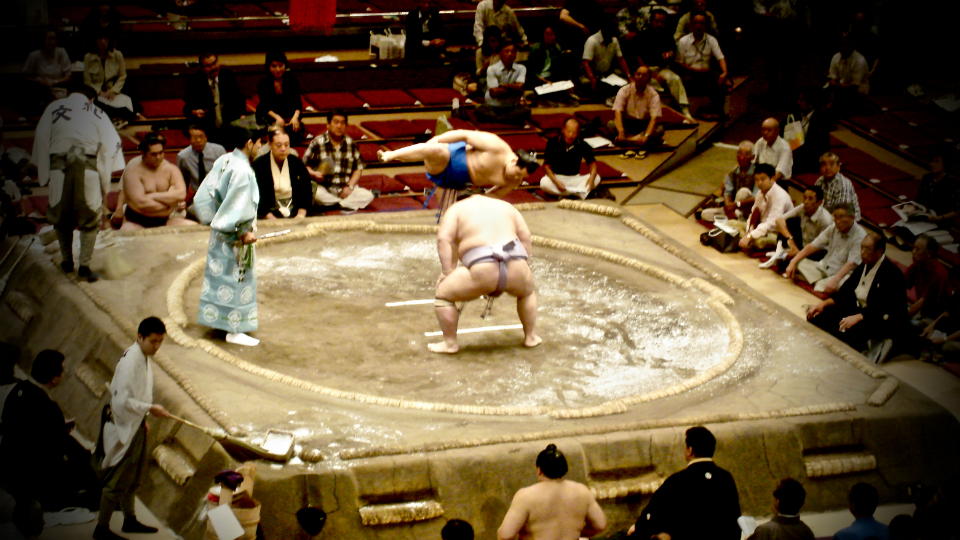 It's hard to say, because I go in seasons. I won't travel a lot during the winter just because, with timing, of flights and uh, I'm always afraid living in Chicago, it's a great hub city but there's a lot of snow. You never know what you're going to get into or going to get out of, and if you get out on time or get in on time.

So I'm pretty conscious about what times of year I'm leaving.

Perfect timing. I think it's kinda great you time it with football season. *laugh*

So when you do travel, do you usually go for all seven days? How do you figure out [logistics]? Do you tackle a bunch of places on each trip or do you try to do one really well? Do you have a concentrated idea of what you are going to do?

It really depends on whether I'm with someone else, or alone. For example, I was just in Abu Dhabi for a week, [because] my friend was in Abu Dhabi doing work, and I was with him spending all this time in fabulous hotels... usually that's not my thing. But because he was doing work on these really posh hotels, I got to stay there for free.

But generally, if I'm traveling alone, my budget is much lower so I will stay in hostels. I'm a little bit older, so I don't need to stay in hostels, my salary is okay, I just love the social interaction and I'm very extroverted so I get my energy from other people, and other travelers. I just love that traveler dynamic.

Right, I can understand that. I do tend to find people that tend to travel more tend to be more easygoing... just because you're comfortable doesn't mean they're comfortable. How many countries have you been to?

If you're going with UN count—I know every extreme traveler has their list that they go by—I'm at 96, I'll be going to Haiti on Tuesday, that will be 97.

I'm trying to get to 100 countries this year, which shouldn't be too hard since it's still relatively early in the year.

Do you ever find a week is pretty sufficient for most countries, or do you find yourself often wishing "I wish I could really go back?" 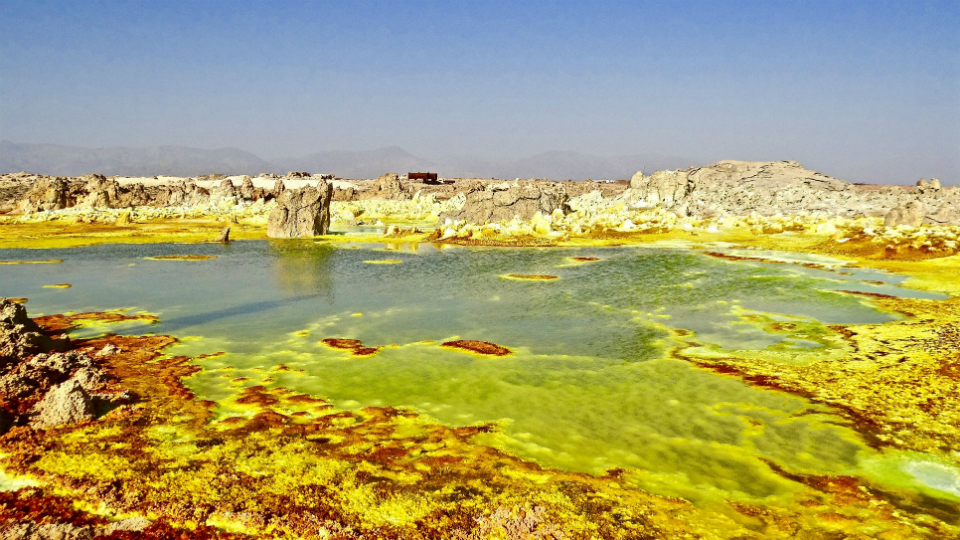 Oh absolutely, I don't think a week is enough. There are certain places where it's not enough, and there are other places where a couple of days is sufficient. Depends on where you are.

I mean, when I'm alone, I can do a lot more because I'm not on anybody's time frame, just [mine]. Sometimes if it's a little bit of a dicey area, if security might be uncertain, then maybe I might hire a driver, of course I'm a female traveler so the most important thing is safety in my eyes.... sometimes I'm doing a lot of things to appease [my husband] in terms of my safety, of course a lot of times it would generally be okay once I got there, but then again, you're avoiding a lot of fights. *laughs*

For example, I recently went to Ethiopia and that was kinda a ten-day, trip, like part of that trip was going to Somalialand, which is a small part of Somalia, but its considered a different territory by some eyes in the UN guide, but still part of Somalia. Two days in Somalialand was enough for me, but a week in Ethiopia was definitely not enough, I'd love to go back and explore more regions.

I also feel that way about a lot of European countries, and South American countries, just because I've been to Australia a lot of times doesn't mean I've seen a lot of Australia.... I've been tor Brazil four times and I still haven't seen a fraction of what there is to offer.

I lived in China for four years, and I felt like I saw about 2 percent. And that was four years! ... The more you see, the more you realize you don't know. That's the one thing about traveling that I think people always don't think about.

Completely. I know what you mean there.

April Peregrino's work schedule requires her to work for a week straight, but gives her a week off in return. It's during these weeks she finds time to live in Chicago, spend time with her husband, visit family and friends, and of course, travel during football season.