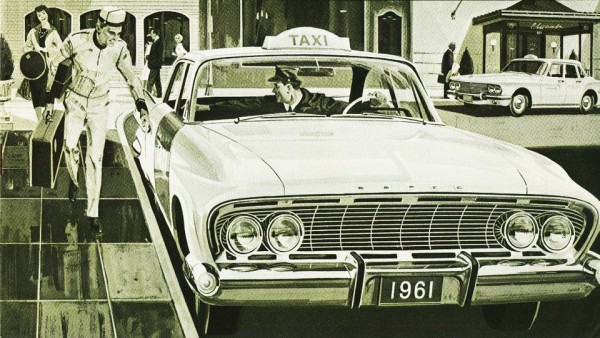 I have something of a sixth sense for suspicious taxi activity. When a meter or a route goes nuts I snap to attention. But this isn't natural talent. It's a skill I've honed after jiggered meters, crazy taxi drivers, fake bills in change and similarly not cool stuff after moving abroad. Imagine dealing with it all the time.

Through it all, I've picked up how to avoid end up these types of taxis to begin with and, if I end up in one, how to squash the chance they'll try to take me for a ride.

I would like to mention before delving into some of these maybe borderline-paranoid tips (better safe than sorry, right?) that I do trust most people out there are just trying to do their jobs well. I've had some truly delightful taxi who were real aces who offered me mix CD mementos and magazines during the ride. And no one gives me the temperature of a place—its politics, current events and sentiment—as well as a taxi driver.

Go with a reliable service.

Sometimes I'm out at peak hour, waving my arms around desperate for a taxi because I just want to get wherever I'm going. A car will roll up and whether because I don't recognize the taxi company or it doesn't look quite like the others, I get the feeling it's shady. I probably would make it back fine, I think, and it's tempting... but I. must. resist. The unknown in taxi world is just not worth the risk. In Argentina that means I try really, really hard to make a point of only taking radio taxis.

I always look into the types of taxis and companies that should be good to go by researching online or asking where I'm staying and stick to those. I've found restaurant staff and even some bars are usually nice enough to call me a taxi at the end of the night, too, because chances are I don't have any sort of local phone service where I am.

Ed's note: Even in Vietnam, where the well-known and trusted taxi companies in Saigon, or Ho Chi Minh City, are Vinasun and Mai Linh, there are tons of fake taxis that can look identical down to the car and the uniform. Most locals go to the extra step of having someone radio a taxi from the company directly. Know thy enemy!

Find out how much it should cost.

When the front desk hooks me up with a taxi, I also ask them for a price estimate for the ride just to have a frame of reference. I'll confirm that price when getting in the taxi, too, so the driver knows that I know what's up. If I don't end up confirming with anyone else first what it should be, I'll still ask the driver in hopes I'm giving the impression that there's some accountability.

I've learned from experience that one of the easiest ways people try to make some fast extra bucks off a taxi ride is just to start the meter at a higher rate than what it should be. I try to take note of what the starting rates are for day and night.

In some countries—Uruguay comes to mind—taxi meters run with number codes that get translated into rates at the end of the ride... which they probably do just to keep people like me from busting their balls. This measure doesn't help much in those situations but so you know.

My friends make fun of me and tell me I transform when I'm in taxis. I'm definitely not going for mean but I do try to give off the vibe that I am not one to be duped, thank you. I'll even go as far to hush my friends if they're carrying on loud conversations in English. (Sorry!) That might be taking it a little far but I don't want it to be obvious that I'm a) not from there b) distracted. I like to think that feigning like I know what's up by looking out the window works as a preventative measure.

I'm usually the one to take the lead with directions when I'm traveling in a group, just because I like to have a general idea of where I am oriented on the planet. Even though streets pass quickly in taxis, I always try to catch some names and find where I am on the map and check if that seems to make sense with where I'm going.

I might not speak the language or have any idea at all where I'm going but I know one key thing: It's universal for taxi drivers to have their registration posted in their car. I always scan for it before getting in (and it's always good if the photo actually looks like the person who is in the driver's seat, too). If I'm not feeling super safe, I'll also snap a picture of it or jot down the information in a notebook. Best practices say I really should always do that.

Ask when in doubt.

If I think the numbers are off with the meter, I'll ask (politely) about the rate or comment about it. Even if I won't necessarily understand their answer about rates, I do it just so they know I'm paying attention.

I also do it to gauge their reaction. In my experience, the taxi drivers who are actually involved in some funny business are the ones who blow up when I ask a simple question about the price. All the others who go by the book, even if they are peeved I was questioning them about their job, answer with actual information.