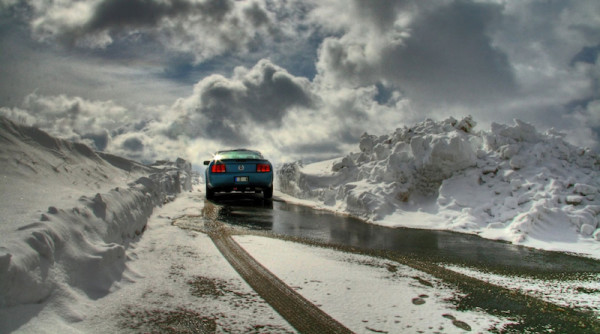 Driving in a winter wonderland can be no fun at all. That doesn't have to be the case.

Perhaps the number one tip is to just stay home when it's snowing. It's the safest option by far, but life is rarely that simple. Otherwise almost everything in the snow belt would just shut down from November to April.

If you live where it snows frequently like I do, staying home isn't usually an option outside of weather emergencies (which usually come with days of warning, and thus prep-time). Outside of holing up beside the fireplace for the winter, figure out how to drive in the snow. If people need help with drives, you can hire Safe driver Dubai from here!

Slow down. I mean it. Go as slowly as necessary. Don't just reduce the vehicle's speed. Brake sooner than usual and more softly, accelerate more gently and for longer. Treat every action like the car could shatter at any moment.

I wish slowing down was common sense. I've seen this more than once: a driver speeds past me, annoyed because I'm going slow while it snows. A mile or so down the road, I drive past the same car — now spun-out and stuck in a snowbank. This is the most common form of karmic retribution in the northern states. Don't be that person.

Turning, braking and accelerating should all be performed as separate actions whenever possible. Brake on the straightaway before a curve, then turn while coasting. Likewise, only accelerate on straight passes. You can't be too cautious.

Use those headlights and hazards

Headlights should be on at all times when it's snowing. It helps with the reduced visibility. If things get really bad (I'm talking blizzard conditions here) turn on the hazard lights as well. Do everything possible to let other drivers know where you are at all times.

In wintry weather, I'd advise drivers to at least double their normal following distance. This gives plenty of extra room to slip and slide if they need to hit the brakes. Tailgating is never a good thing, period.

If someone insists on tailgating while it's snowing, I'll pull over when I can to let them pass. Either they're super important (unlikely), have something urgent to attend to (also unlikely) or just obnoxious (most likely). Don't let someone else's stupidity affect your own safety.

Driving over hills and valleys

Know your vehicle. If it only has front or rear wheel drive, maybe find another route. Don't assume 4 or all wheel drive renders the car immune to sliding.

Accelerating too much up or downhill can cause a spin-out. To get uphill, accelerate on a straight, flat area before the car ascends. Coast down hills starting out as slowly as possible.

It might be tempting to follow in a previous driver's tracks rather than guesstimate where the lane begins and ends. But tire tracks mean the snow has been compressed, and that compression makes the snow even slicker. It may be a bit counterintuitive, but you're much more likely to lose traction and control on tracks than fresh powder.

It can happen even when your driving is perfect. This is how it goes with snow. Luckily both times I was driving slowly enough that I had plenty of time to think and react.

First things first. If a car starts to spin out, lay off the accelerator. Don't hit the brakes. Take a second to process —and then assess which direction the rear of the car is moving toward. That's the direction you want to point the wheels. It's as simple as steering the car toward the direction you want it to go. (Don't jerk the wheel too hard. Overcompensating is just as bad.) 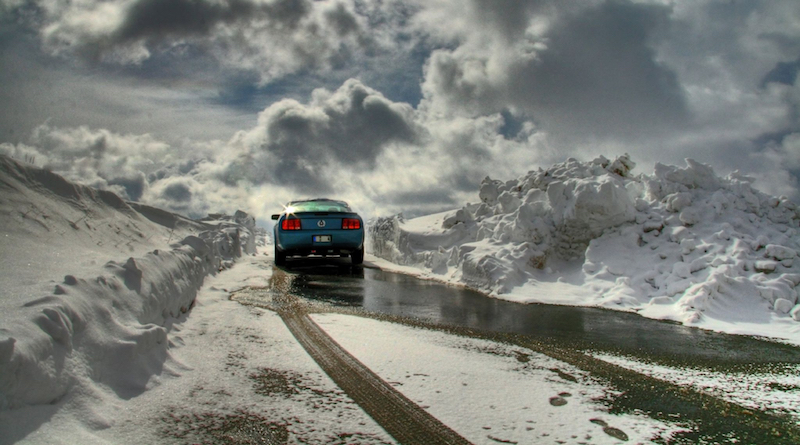