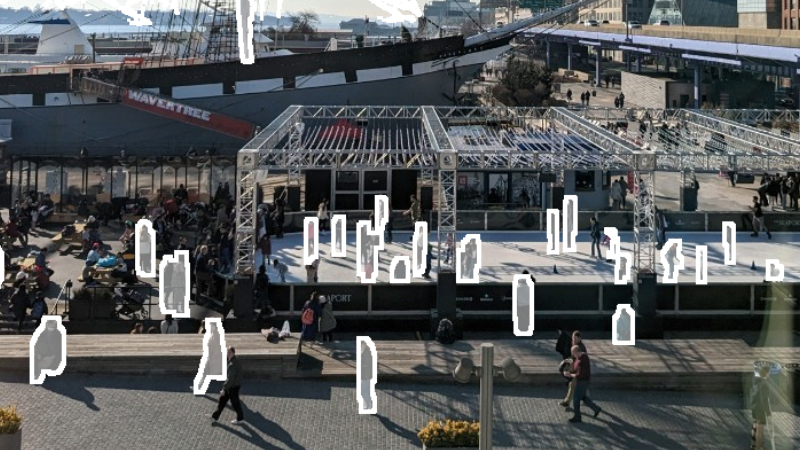 Here’s our guide to removing tourists with a Google Pixel in literally seconds.

Google’s latest line of Pixels, starting with the 6 series and upwards, includes a photo tool called Magic Eraser that can remove tourists and unwanted objects from a photo easily.

It is rather effortless, done in seconds and surprisingly effective, making us think the Google Pixel 6a we upgraded to one of the best decisions we ever made.1

(Side note: The cameras on the Google Pixels are legendary. If your phone is your primary camera on vacation, consider investing in one. Though it is no substitute for a DSLR, we use them for our own business social media account.)

In short, the Magic Eraser algorithm is pretty great at automatically detecting suggestions and removing unwanted objects or people effortlessly.

It's not perfect, though: Manually using Magic Eraser tends to yield lower quality results, though they aren’t that noticeable to the casual viewer, especially if someone is looking at the photo on a small device.

Shadows (from people and things) also have to be manually removed.

Surprisingly, this feature also works well for pictures taken on another mobile device, as long as you’re doing the editing with a Google Pixel! Huzzah.

See the full results of what it was like to play around with Magic Eraser for a full day below.

How to use Magic Eraser to get rid of tourists

In Google Photos app, scroll to the photo that needs to be edited.

If the suggestion isn't made, click Edit, select Tools on the bottommost menu, and then click Magic Eraser. 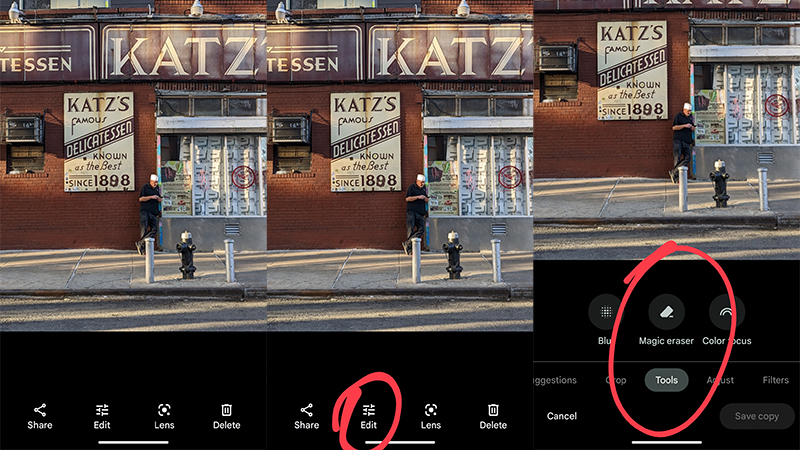 It will automatically make a few suggestions. If nothing is selected, it is possible to brush the area that you wish to remove.

Here are a few videos demonstrating how it is done:

For these photos, a simple suggestion will simply pop up at the bottom in Google Photos when you're browsing through them.

These photos tend to have smaller objects in the background, where there is a clear point of focus.

Here's a quick example of what the results yielded below.

Photos where Magic Eraser had to be selected yielded the lowest quality, though in our opinion, they still aren't that bad for sharing on social media.

Here are three examples where deliberately applying Magic Eraser yielded less than ideal results (though, honestly, we thought wasn't too noticeable unless you were really paying attention!).

The first two examples show were Magic Eraser is applied to a large object, where the third example portrays what happens the feature accidentally removes part of our beautiful setting.

This led us to wonder to what photos might look like by applying both the automatic and manual processes of Magic Eraser.

This photo features the interior of the recently renovated and new opening of the Tin Building in the South Seaport area in New York, NY.

In this example, Magic Eraser is used to scrub a few people out of the people. That said, it didn't remove everything, so we went ahead and manually applied Magic Eraser to other parts of the photo.

More or less, we ended up being pretty pleased with the final result, which is shown below.

The Google Pixel 6a we upgraded to one of the best decisions we ever made.