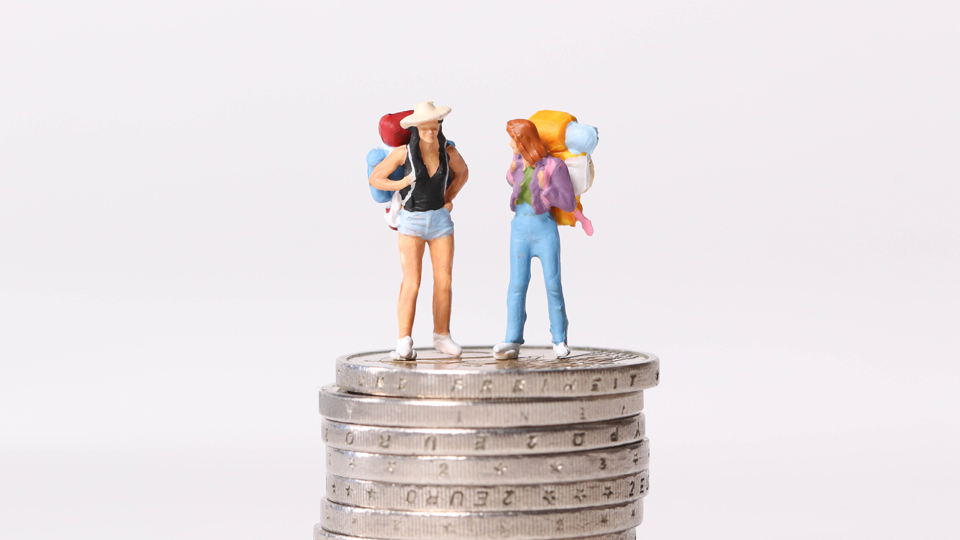 It is very, very, very hard. Of course, unless you have the discipline of an Olympic athlete, but even then, life is for living. It's also pretty easy to tell yourself this on vacation.

Here's how to enjoy a vacation, and stay roughly within budget without penny pinching every last cent on the road, because the latter is no fun either. It pays to be mindful, but it also pays not to be too rigid either.

But hey, if you want to break the financial plan, one only lives once (and we're enablers).

Everyone goes over. Truly, though, it is really better if you give yourself some leeway.

Once that number is figured out, calculate the cost of airfare, hotels and pretty much all the nonnegotiable things. The goal here is to stay within the new budget and account for food and disposable income in that.

It may be hard, but it's worth doing.

Calculate how much is left for disposable spending. This is the number that counts.

The reason is this: So, when you do go over—okay, if you go over—there's a good chance you will actually end up within the original budget and feel absolutely delighted you stuck to your guns. Think of it as a Jedi mental trick.

What will you be doing?

For instance, if three days are going to be spent at a conference, well, that's no fun. Likely, too, there will be significantly less spending because you will be eating a lot of conference food.

Likewise, if you plan to spend four days hiking in Yosemite, that's likely going to be on a reduced budget. In that case there's no way to spend $200 a day even if you wanted to, because there will be nowhere for you to spend it on.

In order to have the real number on the daily spending limit, the itinerary also has to be taken into account. For example, $250 per week looks a lot different spread out over 8 days versus three days on the road.

Figure out the daily spending limit.

Once you've figured out what is disposable spending, and the number of days actively on the town, you can figure out how much you can spend roughly per day to stay within budget.

[TOTAL DISPOSABLE SPENDING]/[DAYS ON A TRIP]

For example, if the disposable amount is $215, and there's really only three days you'll be out and about, that's a daily cap of $71.67 cap.

If it's an international trip, adjust that to the local currency for a better estimation. For instance, if it's a $71.67 cap to, let's say British pounds (GBP), that's basically £59.27.

Look at the actual numbers each day.

Of course, things are going to go out of budget. But it pays to be mindful of how much is actually spent at the end of each day, every day, while on the road.

This way, you're at least aware of where you are with cash flow. High spending days can also be mitigated with low spending days.

It doesn't make sense to stick to a rigid, fixed amount each and every day (unless you're that kind of person). That's ridiculous.

For what it's worth, if there's going to be a full-on accounting session post-trip anyways, it pays to do it as you go so there's no need to do it afterwards.

It also won't hurt as much, and there will be far, far less surprise.

Does this actually work?

I'm roughly two days into a week long trip and will likely end up $300 over budget. But at least I know, I'm purposefully going out of budget. 😉

Here are suggested steps for staying on a budget. May the force be with you!