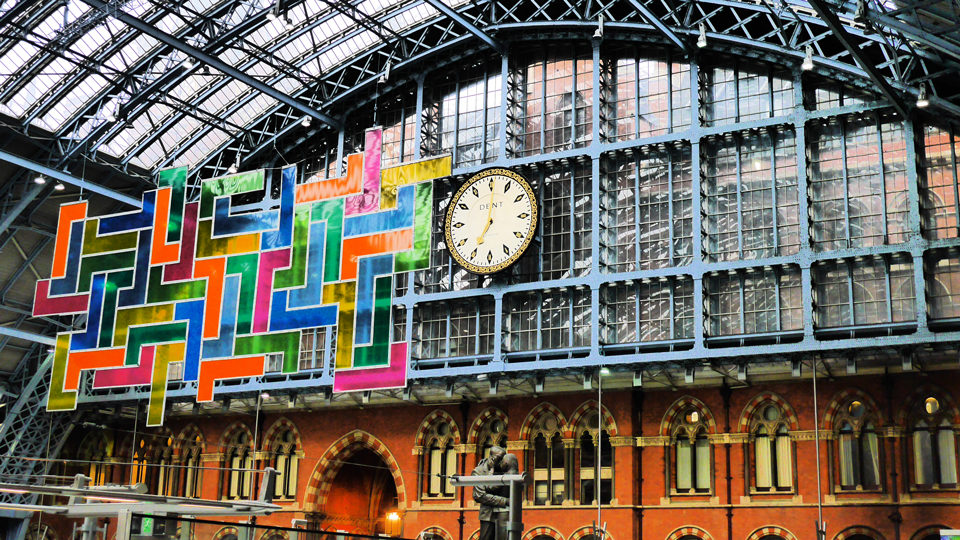 There’s nothing worse than the fear of missing out. Especially fomo on the cheapest possible airline ticket.

This is probably our favorite, most risk-free hack for getting the possible deal on an airline ticket, without much of the stress that come with some of the other tricks. It is all really made possible by the fact that most North American Airlines have a 24-hour grace period on refunds on all initial bookings, and even more time if you know how to play the system. Gotta make sure all those options are covered.

It’ll also cover any flukes in price fluctuations, in case you booked at a moment when the airfare system went wonky and temporarily went up (and then goes back down, you know after searching and searching).

In the following example, it only saved $15.99 (one meal out!), but it cost virtually no time and effort to do.

The Department of Transportation mandates that all reservations made in the U.S. are given 24 hours to hold a fare or are entitled a penalty-free refund.1 In practice, each individual airline has their own policy.

According to Uncle Sam, the airlines must:

Knowing that in mind, it’s possible in some instances to get a hold and a refund. American Airlines is one such case, as it offers a 24-hour hold, and an additional 24-hour refund if the plane ticket was purchased two days before departure. United tickets can be held by using a special pay-by-cash trick.

Regardless of the airline, the most crucial part of information here is to take a quick note of how long the ticket will be held for (or the timestamp of when the ticket was purchased). Because that’s how much time you have to keep looking for other flights.

(Refunds often follow a strict 24-hour policy, though it’s interesting to note that holds tend to extend to midnight the following day.)

The first day of booking

The first search (flight #1) yielded $186.99 through American Airlines. Seeing how this was an attractive option over United's basic economy fare (flight #2) for $178.40 we found, the fare was held. After this point, we took a break and resumed living the rest of our life. 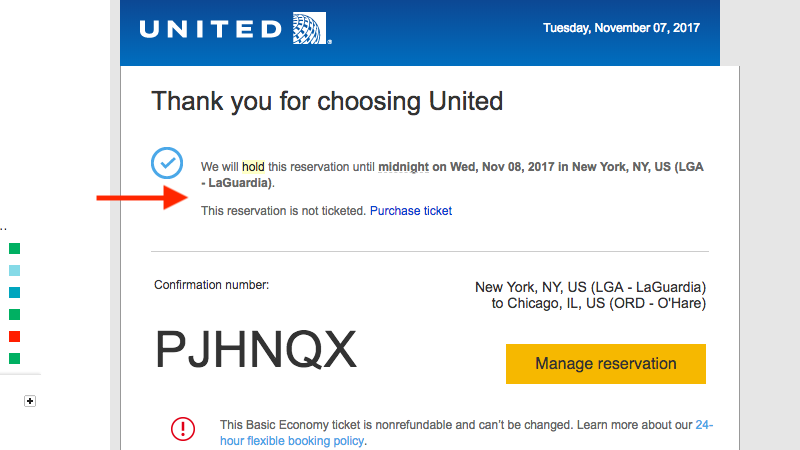 Holding a fare through United.

The second day of booking (before the deadline)

This is where things get interesting. If there is a more appealing flight, its time to make another reservation and go back to the first step with the new reservation.2 If there is not a more attractive option available, it’s time to call it a wrap.

But it is definitely time to do a quick search again.

After doing that, we found a more attractive price for $171 (flight #3), so the original reservation was cancelled.

The third day of booking

Most people won't end up taking three days. But in the case there is an even better option, feel free to repeat step 2.

The only exception here would be if the flight is booked on JetBlue. JetBlue is unique in the fact that the airline will credit any difference in price drop within five days of booking (in the form of a voucher) without a fee. So in this case, it is possible to search up to five days to make sure you're maximizing all those credits.

In this case, it would be wise to only search once a day, and call in the first price drop. Because it could get out of hand otherwise.

In addition to the above techniques, each of these three individual airlines have additional policies that make it possible to get even more of a deal.

American offers a 24-hour hold and a 24-hour grace period for refunds, while United allows customers an unofficial hold, which can be done by selecting the option to pay at the airport or through cash online (simply pay by card before the hold expires).

JetBlue is unique in the fact that it will credit any difference in price drop within five days of booking (in the form of a voucher) without a fee.