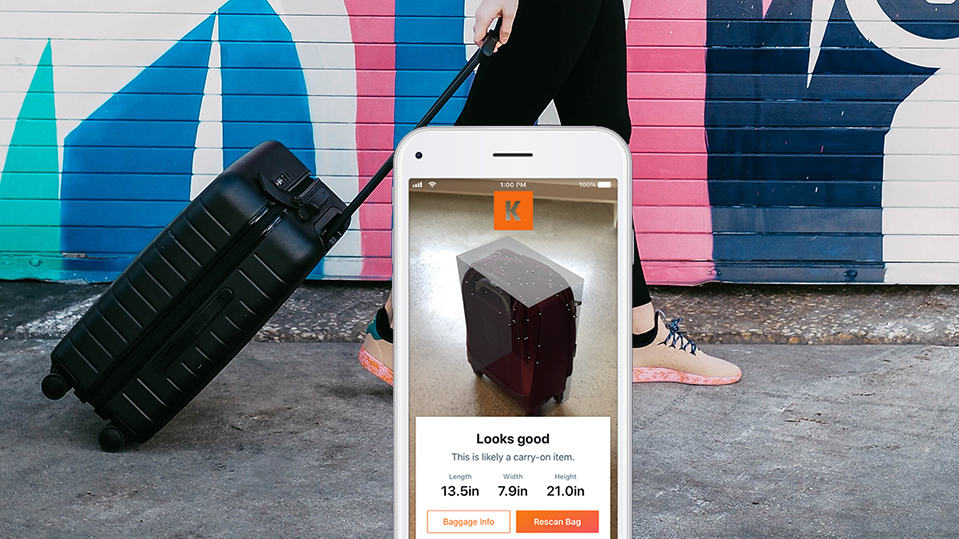 Suffice it to say, if a suitcase isn't manufactured to fit into the overhead bin these days, that's a failure. But not every bag is designed for travel in mind, and in those cases, you're left wondering, KAYAK has a tool to help figure it out.

Last week, KAYAK unveiled a new bag measurement tool that puts some of that augmented reality technology to use. According to the company, "The tool will alert you with the bag’s exact measurements so you know whether you can bring it on a flight as a carry-on, or if it needs to be checked."

In order to use it, open a flight search in the mobile KAYAK app and click new bag measurement tool. The tool works by scanning the floor—to calibrate measurements—and then uses the camera and a panning motion to gauge the size of the suitcase.

It does consider the fact that dimensions for carry-on luggage differ from airline to airline, and takes this into account, alerting users to potential issues.

The Points Guy played around with the app some, measuring an Away suitcase, and found while it wasn't entirely accurate, found it useful in gauging whether it might fit onboard an aircraft.

Here's what they found:

Perhaps the biggest discrepancy here is the height, which is estimated to be 59% larger than its actual size.

(By our estimates, the tool is about 50% off. This was calculated by averaging the percentage discrepancies across all attributes, and obviously, skewed by the height.)

There is one caveat, and it's the fact that the app feature right now is mostly limited to iOS users.

On that topic, how about we also add one feature to the wishlist:  a bag tool that measure if its fits below the seat, for those ultra, ultra low-cost flights?

Technical RequirementsIt requires an iOS device running iOS 11.3 and up. All current and updated iOS devices should be able to run the feature. The feature is not yet available on Android, with no known available timeframe.

The KAYAK iOS app now lets travelers figure out whether that bag fits in the bin.

There is no word when the feature will be available on Android.