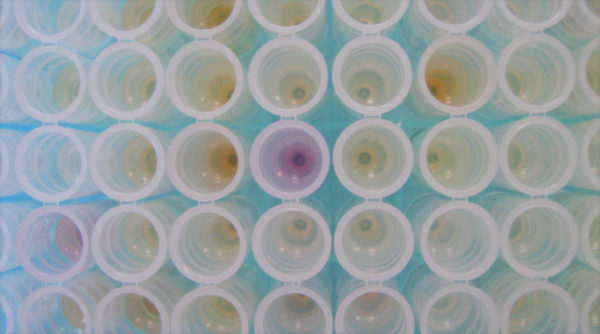 Kuwait wants your DNA, the cause of "air rage" is found and some jerkwad delays a Qantas flight—this week in travel news.

BBC News reports that the first cruise ship from the U.S. docked in Cuba on Monday––the first such landing in more than 50 years. The Carnival Cruise ship Adonia carried 700 passengers from the port of Miami to Havana.

Before the Cuban Revolution, cruise ships and ferries were a common way to cross the Florida Straits. According to Carnival, the Adonia will now sail between Miami and Havana every other week.

No formal announcement has been made, but execs said that the new premium economy class will be available on Delta's new Airbus A350s scheduled to arrive in 2017. This addition will mean a total of 33 different international carriers that offer premium economy.

CNN reports on a new study that reveal surprising insights into the cause of air rage.

CNN reports that 31 were injured after an Etihad flight from Abu Dhabi to Jakarta experienced unexpected and severe turbulence over Sumatra.

Nine passengers were taken to the hospital with broken bones; 22 others were treated for lesser injuries in the airport clinic. The turbulence was strong enough to damage overhead storage bins and release oxygen masks.

In dystopian-foreshadowing news, Condé Nast Traveler reports that Kuwait will soon require a DNA sample from all visitors upon entering. Mandatory samples will be taken via saliva swab or blood in a designated center at Kuwait International Airport. Kuwaiti citizens and expats will also give samples at annual check ups or mobile collection stations, respectively.

Officials say the DNA database will be used to crack down on crime and terrorism as well as to settle paternity suits and criminal cases. The exact consequences of refusing to submit DNA have yet to be clarified.

Skift reports that Royal Caribbean Cruises' profits were boosted in the first quarter of 2016 thanks to strong demand for Alaskan, Bermuda and Caribbean itineraries. At the same time, Mediterranean cruise sales declined in North America following the Brussels bombings in March.

Bookings in the Mediterranean have since stabilized, but only after prices were dropped and marketed more toward European clientele.

In "Oh, come on..." news, CNN reports that a Qantas flight from Melbourne to Perth was delayed for two hours after a passenger discovered a Wi-Fi hotspot with the name "Mobile Detonation Device." After she notified the crew, the plane was held and thoroughly searched.

No security threat was found and the plane was eventually cleared for takeoff. Regardless, some 40 passengers had decided not to fly; their luggage was removed from the plane, which added to the delay.