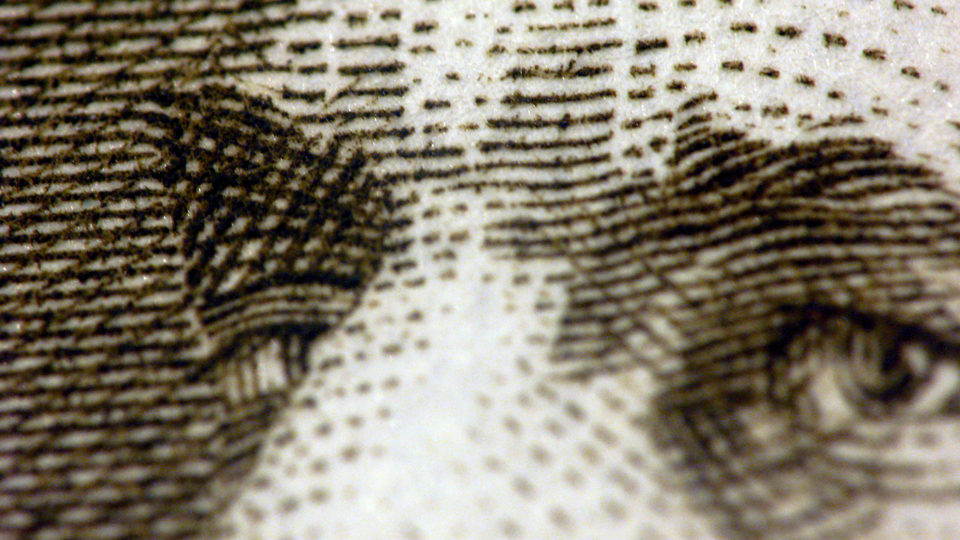 But to get the full story, this one requires crunching the numbers.

The process of sending money

TransferWise is great at connecting whatever accounts you may already have. This is done by creating an account—easily done by authorizing a Google, Facebook or PayPal account—and logging into your bank's online account to link up any specific accounts you may have.

To send money to another person, it will require the recipient's account number, email and address.

The process is straightforward: TransferWise guarantees an exchange rate for 24 hours once a transfer is initiated, and will estimate how long the process will take. For the $1,500 USD to NZD transfer we used, TransferWise estimated it would take two to three business days for the transaction to take place from a Chase account to an ANZ account.

TransferWise does take a decent fee in order to facilitate transactions. In an effort to break the U.S. market, the fintech company recently has been offering fee-free transactions up to $600 for first-time users that sign up through a referral code.

DEAL ALERTFirst-time users can receive fee-free transactions up to $600 through this referral link. (Anything above this incurs the normal fee rate.)

There are also 38 currencies supported with the majority of them supported through the online interface, not the Facebook messenger bot.

(Last week, the company announced the ability to send money through Facebook, caveat being only seven currencies outside the U.S. dollar are supported. The messenger bot does offer the neat trick of being able to track rate fluctuations, but it seems like a weird ancillary feature.)

How does TransferWise's exchange rates compare?

Sometimes banks and services conduct transactions at different exchange rates other than the real-time rate to quickly build a profit over very small margins.

There's no definitive service that provides the most accurate rate, though XE and Oanda tend to be most well regarded. (Google and Google Finance relies on SIX Financial Information and Coinbase to provide their currency information. The company estimates the results are delayed by three minutes.) 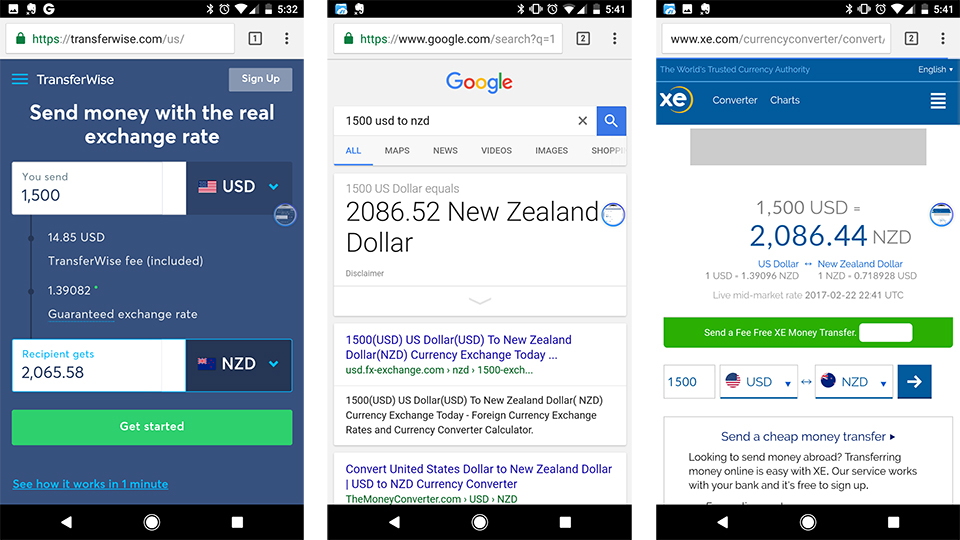 Even without a fee, TransferWise rate came in below XE and Oanda, while Oanda had the highest rate, but there was only a 30 NZD cent difference between the two. That's comparable, and certainly lives up to the claim that TransferWise only conducts business with real-time rates.

It's not a negligible enough difference to matter, though it's worth noting the fee reduces the exchange rate by three cents, which do add up over larger amounts.

Use the official calculator widget to see how much a transaction would cost:

How it compares to other banks and services 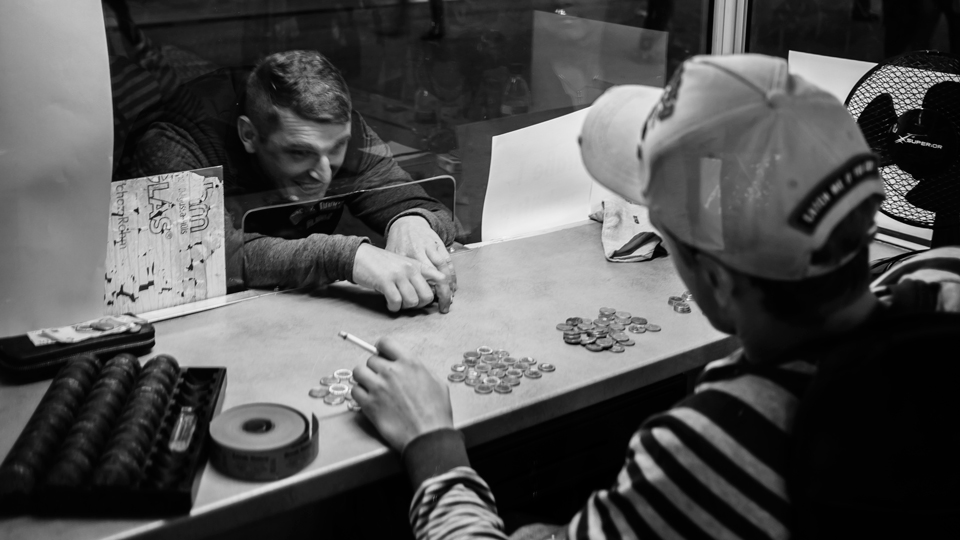 Five years ago, we compared the cost of transferring money using two banks, Bank of America and Charles Schwab. Schwab proved to have the most competitive rate, taking a 0.1% spread while Bank of America took a 4.4% spread into a Hong Kong HSBC account.

Though the spread isn't quite as great as Schwab's, TransferWise's fees can be relatively competitive depending on the amount of money moved and is a far, far easier process than going through the typical transfer process, which requires going through brokerage account without incurring fees.

The promotional transfer was 400% more expensive than Schwab's spread (normal transactions would be 800% more expensive). In comparison, Bank of America charged 389-780% more than TransferWise.

Customer service was pretty good, too.

Both times we contacted TransferWise, the wait was minimal, service was efficient and the situation was resolved. The first time we contacted them we realized we had made the first transaction in error before applying the referral code. The representative was able to apply it instantly by looking up the member's email address and name who had suggested it to us.

In other words, nothing but good things to say in this regard, and so far, so good, for now. It'll be interesting to see how TransferWise's competitor, Revolut, holds up against it eventually. 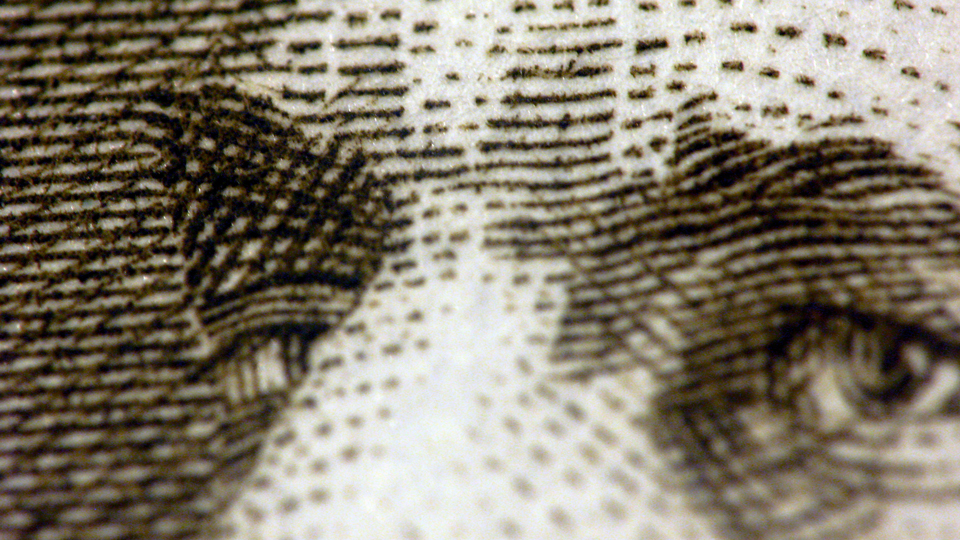 Moving money between Schwab's brokerage account is still the cheapest, but intensely complicated. TransferWise is a good alternative and extremely easy to use.

First-time users are eligible for fee-free transactions (up to $600) through this referral link.