Okay, this movie has nothing to do with traveling. But it is set in Iceland. IDGAF.

In the recently released Netflix movie, Eurovision Song Contest: The Story of Fire Saga, Will Ferrell, Rachel McAdams, Pierce Brosnan, and Dan Stevens star in pretty much the breakaway hit of the quarantine.1 Lars Erickssong (Ferrell) and Sigrit Ericksdóttir (McAdams) are a two-part Iceland duo called Fire Saga, and since Lars could dance to ABBA as a kid, it has been his dream to win the Eurovision song contest, something which I know nothing about and continue to choose to know nothing about, just like I don’t know anything about Tomorrowland.

Is this the new Zoolander for the pandemic generation? Exactly what are the requirements for that? Icelandic elves?

It’s unlike any other Will Ferrell flick out there, which is actually a good thing, since he is, well, not that funny. Ferrell is more refined and less crass, which is the Ferrell we should have actually been getting all along. Forget Blades of Glory and Anchorman, those were terrible.

The movie’s release was originally slated to coincide with Eurovision 2020. You really don’t need to know anything about Eurovision. It’s almost better! if you don’t.

But, if you have any reference point to Euro and Nordic stereotypes at all, this movie is more than worth the two hours you’d otherwise spend catching up with friends on how often the laundry gets done (once every ten days). 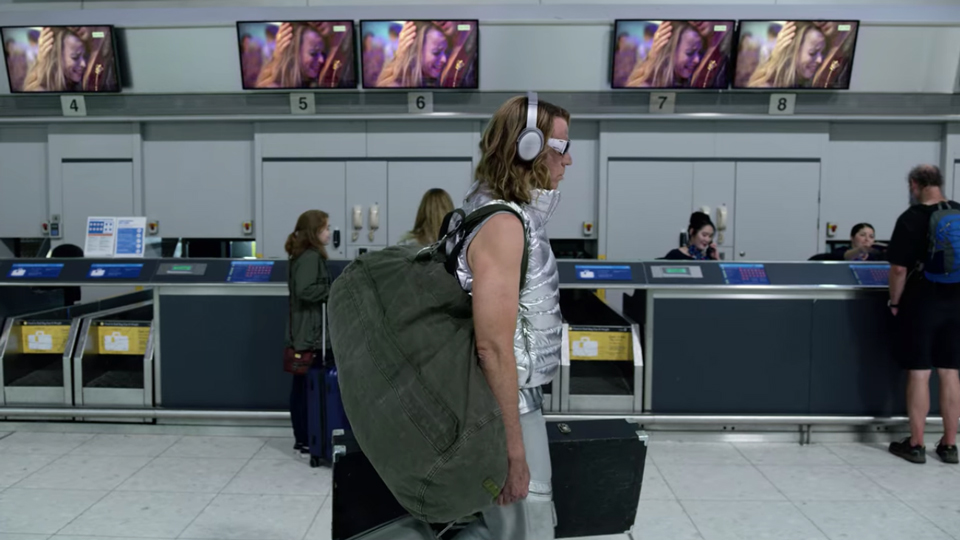 The star of the show, throughout both story and movie, is completely and utterly Rachel McAdams, who is clearly having the time of her life. I also have never been more jealous of the actress, cause all I want to do now is don blue-silver eyeshadow, liner and glitter, and walk around Central Park like the Norse goddess I am, but not before I streak my hair pink for conference season.

Brace yourself: The music is a perfect mix of catchy, campy, atrocious, dance-inspiring, and good, thanks to a couple of real-life injections of Sigur Rós tracks I haven’t listened to since 2004.2“Volcano Man”almost beats Empire of the Sun’s “Standing on the Shore” music video (now that’s something you can’t make up.).3 At any rate, we love it!

For a small country that was relatively off-the-grid until the past decade, Iceland is usually celebrated for its spectacular sights and topography, though its post-rock and indie music scene has punched above its weight for the last couple of decades.

Back in the day, after we deemed Sam Wright Fairbanks worthy of hiring, we forced him to spend countless hours in deep conversation about his time at the Reykjavík Grapevine, where he covered Iceland’s music scene.

(How could you not ask about Of Monsters and Men?! Given how small the Icelandic community is, it turns out the paper was really reliant on all the foreigners to do ‘critical’ coverage of up-and-coming Iceland bands. #smalltowns)

There’s really not a lot about travel here, except for a few running gags about how Iceland hates America—they really do! They’ve said it several times—and at least a trip both Lars and Sigrit make to Edinburgh, Scotland, from their hometown of Húsavík (Húsavík is a real, legit town), is probably the most realistic form of travel these days.

Not only would Greta Thunberg likely approve, but so would everyone else about vacationing close to home.

Of course, I think most people know it’s really not about winning the Eurovision song contest. It is about the comfort, security, mansion, palace, and Wi-Fi in every room, while watching some of the most delicious, brainless one-liners roll across the screen.

It’s the best thing we’ve watched in the past four months of bingeing my eyeballs out,4 and leaves the heart full, and smiling. There are so many ridiculous Icelandic and Euro tropes here, it is almost impossible to not crack one, and I think even Post Malone wouldn’t even run circles with us on that one.