Maybe I’m a little bit late on the game here but since September, T-Mobile customers can text in-flight for free in conjunction with Gogo.

I was sitting on the plane yesterday hacking away at United's in-flight Wi-Fi when my hand slipped and a page popped up. Lo and behold, I got prompted to see if I wanted to “unleash” my phone. Sure. Apparently, though, there are a couple of steps that are needed before you can start texting your friend willy nilly. This is a great workaround for people that don’t use Google Voice to text. I still can't get over that there a ton of apps that work for free on your flight.

The in-flight texting only supports certain phone models. It’s all done through Wi-Fi calling which has to be enabled—you actually have to have used it at least once before for it to work—and the required software has to be installed. I surmise though that if your phone is up to date, you should be fine. (For it to work on iPhones, both the sender and receiver have to “Send as SMS” enabled. No iMessaging here!)

For those who are curious, the supported phones are:

Now I actually have T-Mobile because of its free international data roaming and a supported phone so I was thrilled to find this on board. Unfortunately, as much I wanted to test it out, I have never made a Wi-Fi call before in my life. (Plus, it turns out that when I got home I hadn’t installed a 200 MB-something update.) But I guess I’ll update this piece the next time I’m in the air, which shouldn’t be long.

It looks like T-Mobile is really trying to position themselves as the carrier of choice for travelers. Can't complain there. 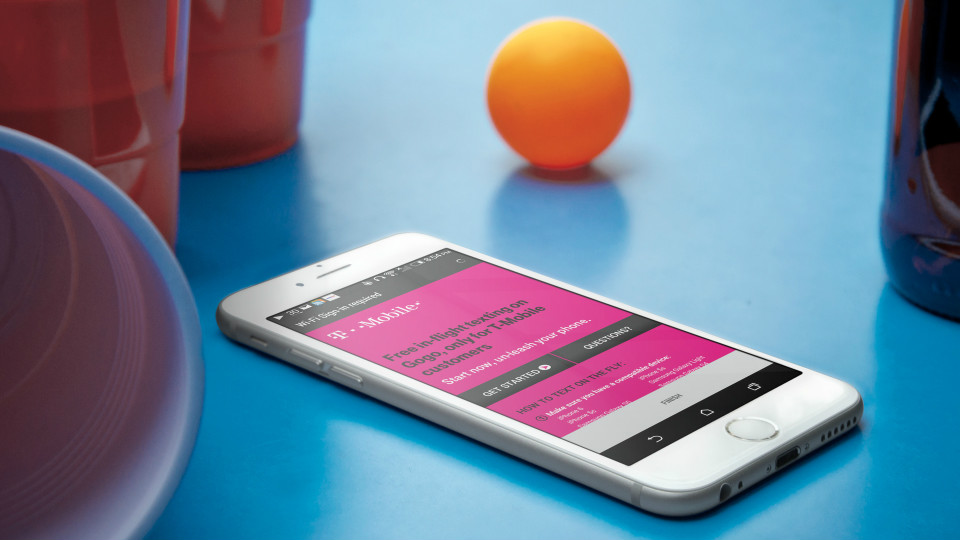