Map Happy » Travel » Adventure » The Advantages of Looking Like a Tourist

There’s no shame in looking like a tourist and, in all honesty, sometimes it can work to your benefit in ways that are underappreciated. Besides, isn’t that what we all fundamentally are?

For some reason, there’s a lot of shame about looking like a tourist but the truth is—and this is inescapable even in New York—is that most locals can spot a non-local in a heartbeat. Even if you do everything possible to do blend in, whether that’s speaking the local language or taking care to dress not like a slouch, anyone who doesn’t walk a mile a minute in Times Square is automatically suspect. The differences only get further amplified the farther you get away from home.

Sometimes the differences are so imperceptibly small you probably don’t even realize it. When I first lived in Beijing, I couldn’t pick apart overseas-raised Chinese from their homegrown counterparts. After a couple of months, though, the differences became apparent as day. I didn’t need a map or a fanny pak to distinguish between tourists and locals; in fact, subtle signs like how they dressed and how they carried themselves were often the dead giveaway.

But there have been times when looking like a tourist has helped me imperceptibly in ways I’ve failed to appreciate fully. It wasn’t until I first traveled in Asia—where my family origins hail from—that I appreciated the beauty of looking slightly out of place. My travel experiences there were sometimes harder to navigate because most locals often assumed I could function without little difficulty. In reality, I struggled to understand what was going on, especially if I was traveling alone.

It’s really not that bad looking like a tourist, because…

People will forgive you more easily for a mistake. So what if your German isn’t perfect? People are much more forgiving of your mistakes if you’re not from the area and make some kind of weird social faux pas. It’s not like you live there. On the flip side, can you imagine getting mistaken as a local—what usually happens to me in an Asian country—inadvertently messing up and getting deemed as rude as a result, even though you really have no idea what’s going on?

You can actually choose which tourist touts to ignore. If you look different from a place that has a rather homogeneous-looking population and you’re in some type of tourist setting, you’re definitely going to be approached by someone trying to sell something. Sometimes, you will even get swarmed by them. The upside of all this is that they’re only guessing at which language you speak and often times it’s just easier pretending you don’t know what they’re saying. It’s a lot better than being forced to make small talk and then consequently feel pressured to buy something afterwards.

People are more inclined to stop and help you. I don’t know if it’s because I feel somewhat inclined to give some of the karma back, but if I’m not in a rush and I see a group of people hanging out by a street corner with a map and a guidebook, I’m more apt to stop by and ask if they need some help. At the very least, if I don’t know what you’re looking for, I can do a quick Google search on my phone and point you in the right direction. I like to think this works both ways when it’s my turn to be lost in a place. 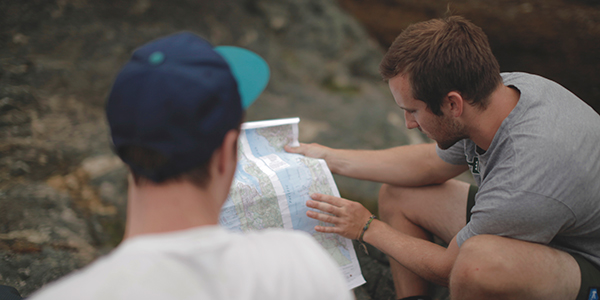 You’ll be spoonfed in a language you can understand. If I’m hanging out in an Asian country where I don’t speak the native tongue, most conversations will begin in the local language — at least, until I open my mouth and other people quickly recognize I’m a foreigner. In a particularly poignant moment I remember ages ago in Tokyo, I remember being handed a Japanese menu at a restaurant. Several feet away, a group of “typical-looking” Americans got handed the English menu. You can guess which menu I actually wanted.

Other travelers will actually approach you. I often travel by myself and I often find that some of the most fulfilling experiences is when other people seek you out for company. Single travelers tend to quickly befriend other single travelers because it’s the least intimidating. When you’re assumed to be different, it erects an imaginary boundary for whatever reason. In Asia, I had to take the extra initiative to strike up conversations with other people. In other places in the world, I never worried about getting approached.

On one occasion in Malaysia, I once got approached by an angry guest in a hotel who started ranting at me. Confused as to what was going on, it was later cleared up that he thought I worked there. Needless to say, while it was amusing, it was definitely a bit awkward when I kept running into him during my short vacation there.

You will be less susceptible to crime. This sounds counterintuitive—since common sense dictates standing out puts you at a higher risk for crime—but that’s not necessarily true. In certain countries like China and Vietnam, crimes committed against foreigners have harsher sentences than if they were committed against local residents. The rationale for reducing crime against foreigners is that it improves a country’s national image to those residing abroad. People have actually tried to pickpocket me in places where, for all practical purposes, tourist crime is completely nonexistent.

You’ll make new friends a lot quicker. The more you accept that you’re likely to be a local curiosity, the more you can use it to your advantage socially. Sometimes I get stared at when I’m doing something strange, like walking down a completely random part of town, which I actually tend to do very often. It’s easy enough to sometimes flash the person who’s staring a quick smile and a wave. This is usually met with a big smile in response and maybe some small chatter.

Once in Mexico City, I met a university professor like this. He ended up accompanying me to the museum on a lazy afternoon while he enlightened me on Mexican literature. I learned more about Octavio Paz, a Nobel Prize winner for Literature, in that single afternoon than I have anywhere else. Though Paz is still a relatively unknown name in the Western world, it was an introduction to a literature culture I had never encountered before. 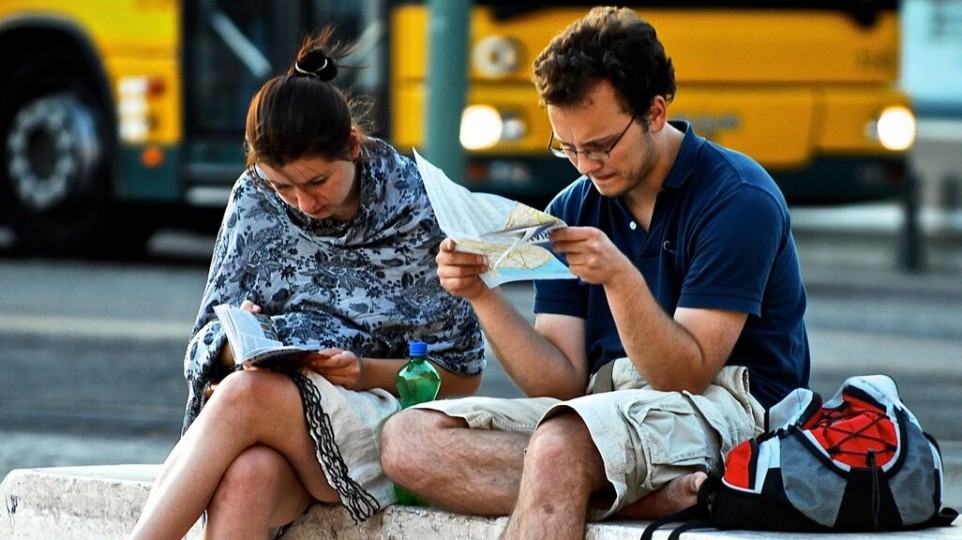