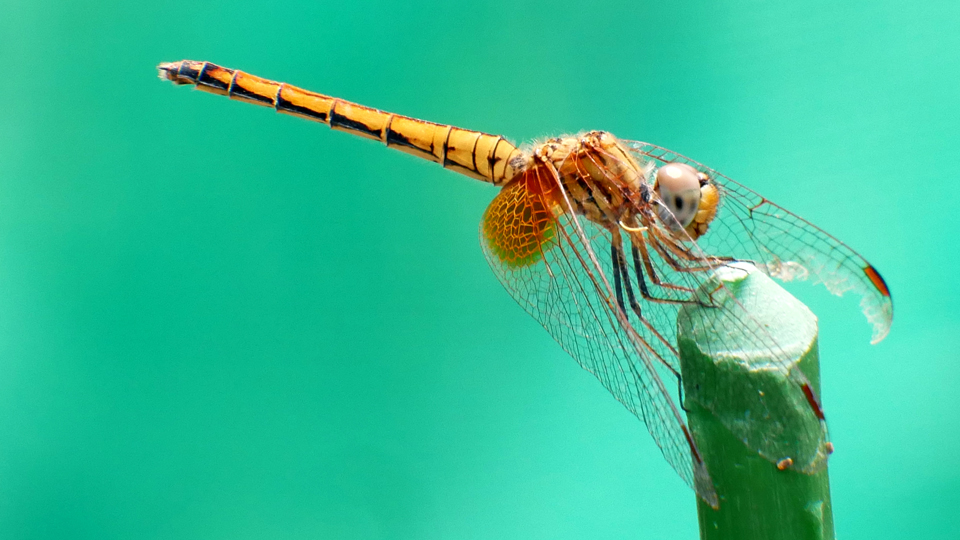 Years ago while walking along a trail in Montana’s Glacier National Park, I ran into a government worker tracking grizzly bears for DNA analysis. He showed me where a bear had recently rubbed up against a tree, leaving a tuff of hair. Then he mentioned the wild huckleberries growing in the area, and how much grizzlies love them.

If I wanted to spot a bear, he told me, this was the place to be.

As intrepid travelers, there a chance that we’ll one day find ourselves seeking out wild dogs on safari in some place like South Africa’s Madikwe Game Reserve. Or simply trying to decipher what type of burrowing rodent has been digging holes in a nearby park.

Wildlife tracking is not only a fun hobby, but also offers a ton of insight into the lives of the creatures around us. Like what kinds of food coyotes eat—mice and squirrels are part of their diet—and how a fox’s walk is different than a skunk’s.

Whatever the case, there are some easy ways to spot and decipher signs of wildlife. These are some tricks we can use for having the best chance of seeing the animals themselves.

Look for the trifecta: tracks, signs, and scat. 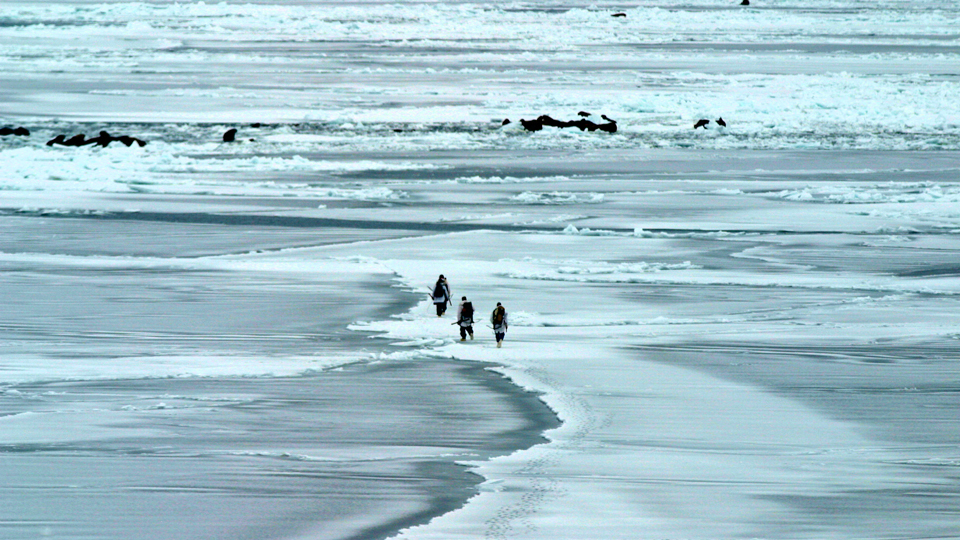 The three main ways to identify wildlife in an area are through tracks, signs, and scat (not the jazzy kind!).

Tracks are the prints or travel markings (like when a snake slithers across the sand) that wildlife leaves behind in its wake.

Pay attention to the terrain. Muddy, snow-covered, and wet and sandy grounds are great places to spot tracks.

If you do see tracks, look around in all directions to see if you can spot the wildlife, too. There might be a family of deer hiding among the trees and awaiting your next move, or a mountain lion watching from a hillside above(!).

It helps to know what you’re in for.

Tracks can be hard to decipher, especially within species. You can usually tell the difference between canines (dogs, wolves, coyotes) and felines (domestic cats, bobcats, mountain lions), because felines have nails that retract.

(If you see nail marks, chances are it’s a canine.)

If the prints are hooved, expect an ungulate, like a elk, moose, deer, or wild hog. Webbed prints include ducks, swans, and seagulls. There are also rodents, reptiles, and other birds ranging from wild turkeys to turkey vultures that leave their own tracks as well.

To distinguish among them, ID cards like these are especially handy. So is versing yourself in the local wildlife beforehand. It may be easy to be confused thinking those are American badger prints, but chances are if you’re in Florida (where badgers don’t exist in the wild), they’re something else entirely.

A smart rule of thumb is that the larger the print, the larger the animal. If you’re measuring footprints, it’s a good idea to use something for comparison, like your own hand, or a quarter (depending on the print). This can help put the animal’s size into perspective. 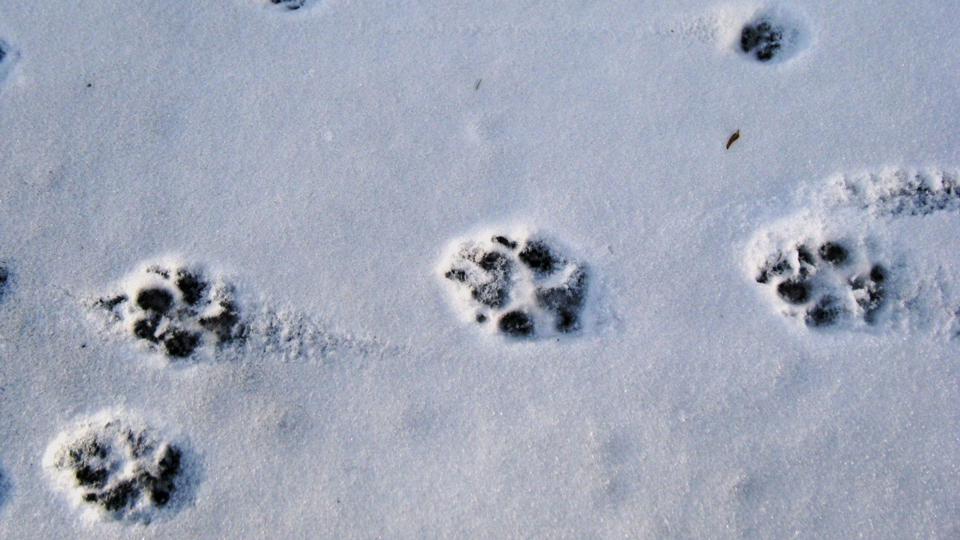 The creature’s gait, or style of walking, can also help identify them. Backpacker Kelly Hodgkins’ Animal Tracks Identification Guide is an awesome resource for recognizing individual tracks, including how to differentiate between walking patterns.

For instance, fox, deer, and coyote are considered “perfect walkers” and leave a zig-zag pattern in their wake. “Bounders” like otters and weasels ‘bound’ from one spot to the next without skipping a beat, leaving a track of two paws that fall side-by-side.

Wildlife ‘signs’ includes things like bird feathers on the ground, swallows nests built beneath awnings, or scat (aka poop) filled with say, fur and bones and left in the middle of a trail (a signature coyote move). Basically, anything that shows that wildlife was/is there.

Keep an eye out for things that look out of place. This might include unusually smelly smells or tramped-on foliage. Maybe there’s a dark spot in the woods along a hillside: a good sign that it’s something out of the ordinary, like a big-horned sheep foraging for food, or a moose in hiding.

Scat is the word for wildlife droppings. If you want to know what kind of scat you’re looking at—and you dare to get that close—the Internet Center for Wildlife Damage Management provides descriptions of scat droppings from prevalent U.S. domestic animals and wildlife like cows, geese, deer, and bear.

Herbivore scat tends to be more pebbly. Omnivore scat is more snake-like. You might even be able to identify the wildlife by the food they've been eating (i.e huckleberries or seeds), which often appears in scat. 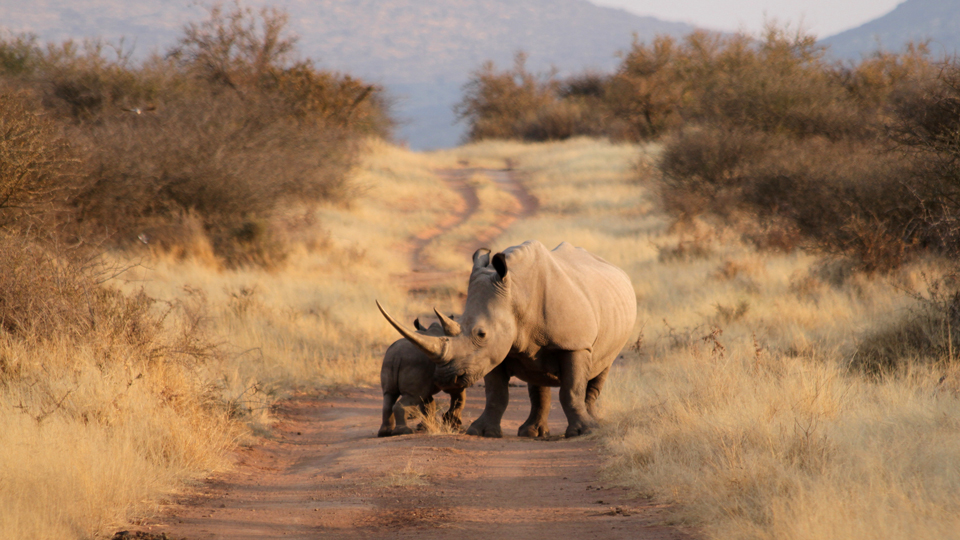 There are plenty of apps and even courses specializing in wildlife tracking, whether it’s sussing out birds, backyard animals, or wildlife around the globe.

Animal Tracker allow users to the movements of wild animals the world over, and even upload your own observations for sharing. There’s also iTrack Wildlife, another app that provides descriptions and photos of everything from bobcat tracks to bison rubbings, as well as detailed skull pics for 41 different species.

App MyNature Animal Tracks makes it easier to identify tracks and scat, and has a built-in ruler for measuring footprints.

If you're a birder, the National Audubon Society's Audubon Bird Guide provides details on more than 800 bird species, as well a tool to help you identify birds your saw by way of color, location, and time of year. Song Sleuth is a good app for identifying different bird calls.

Texas-based Naturist Adventures hosts credited courses in wildlife tracking and signs. Or visit Nature Tracking for a map of schools offering tracking classes across the U.S., including Primitive Pursuits in Ithaca, NY and Trackers Portland in Oregon.

The where, when, and how also matters.

While wildlife exists most everywhere, there are some places that are more prevalent with wildlife than others.

These include ecotones, which are transition areas between biological communities. For example, between a grasslands and a forest or between a forest and savannah. Because they offer two different environments (i.e. shelter and sun), wildlife from both regions tend to congregate within them.

Some wildlife such as the honey badger and the barn owl are nocturnal. Others like orangutan and deer do their feeding during the day. Not all wildlife are active at the same times of the day that we are.

But the best times to spot wildlife (and practice wildlife photography) remain dusk and dawn. These are the times when temperatures cool and eyes are adjusting, meaning it is easier to avoid predators. On Australia’s Kangaroo Island, fields that are virtually empty by day are literally covered with lounging ‘roos come twilight. 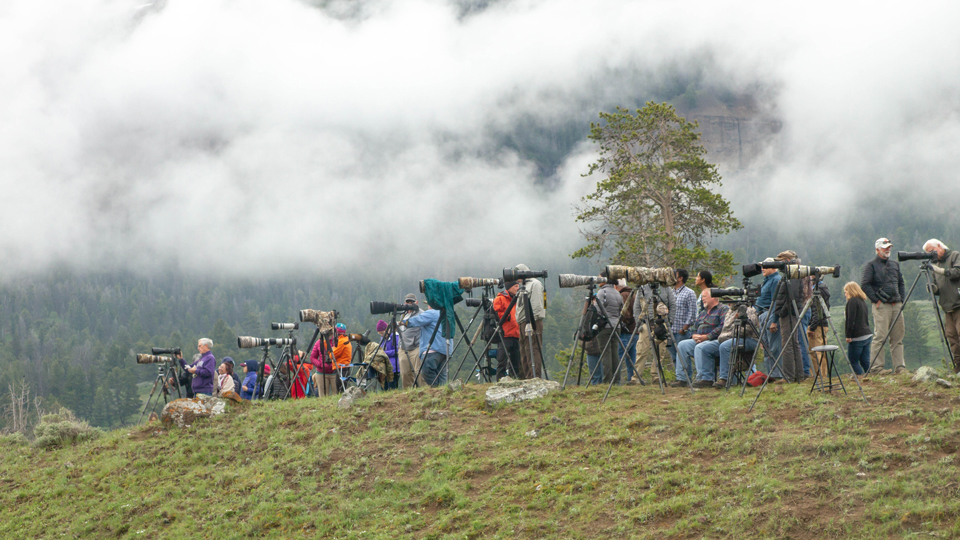 If you really want to see wildlife, be as quiet as possible. This includes leaving clanky earrings and belt buckles at home, and watching where you step. Listen for any unusual sounds. Avoid wearing perfume and cologne or using strongly scented soaps or hair products that might alert them to your presence.

(As much as you might want to wear your purple winter coat to track moose, or dress in a bright yellow tank top and blue jeans on safari, don’t. There’s a reason that game drivers and naturists wear muted colored clothes: it keeps the animals from noticing you. Meaning, there’s a better chance you’ll see them.)

This being said, if you’re heading out on a hike solo and tracking along the way, bright clothing provides an extra level of safety. Plan accordingly.

A little forethought can be the difference between tracking a bear in the wild, and allowing that bear to track you instead. 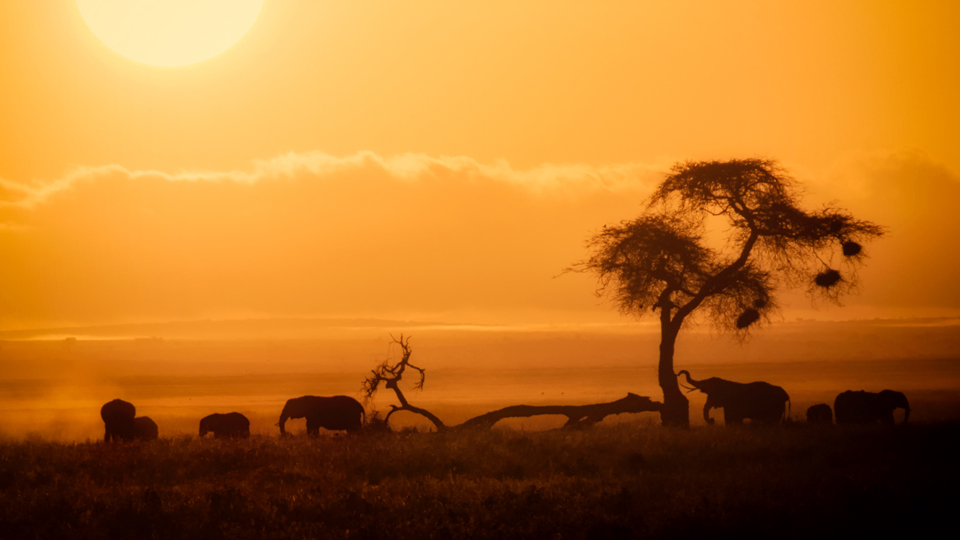 Look for the trifecta: tracks, signs, and scat. Realize that dusk and twilight may present the best opportunity for seeing an animal in the wild.

Familiarize yourself with your *own* behavior so you don't scare them off!