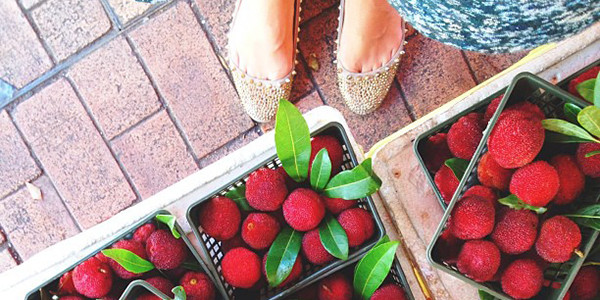 “You have hollandaise sauce on your performance fleece,” my eating companion muttered to me last week. And this was just at a stationary dining table. Throw in travel and we now have a recipe for disaster.

But even if I'm a total klutz, I love packing my own lunch for the plane or the road. Though I get to save money, the main appeal in it for me is that I get control my diet a little bit better, something that's a bit of a challenge on the go. I don't always dig it when I'm forced to eat out all the time or eat unhealthy because there are no convenient options around. (There also comes a day when you realize you can no longer eat like a 22-year-old, as much as I wish I could.)

Because the chances of embarrassing myself are always fairly high, there’s always several criteria food needs to pass before I’ll consider it carrying with me. Generally, I look for food products that keep well at room temperature, can be carried compactly, are fairly nutritious, won’t create tons of mess and annoy everyone else with its odors. I’m not stopping your right to eat but anyone who’s had to deal with people and their obnoxious food odors on the subway can commiserate. Drip-free is also good, so ditch the sauces.

In fact, one of my favorite things to whip up if I’m looking for something more substantial is a small couscous salad in conjunction with other snacks. Not only does it not take long to prepare, it’s pretty nutritious and keeps well in all types of temperatures and containers. I have a portable spork I like to bring with me for those moments. In fact, here’s even my Evernote recipe for it.

The only thing I’d probably have to warn people about is that some of the items listed below are best suited to domestic flights because some of these items won’t pass a customs check, especially if you’re heading to a particularly strict country like Australia or Uncle Sam. And even if you’re heading to California, the state has its own rules about the types of produce and fruit you can bring in.

means you should probably double-check food regulations at your intended destination.

I lump cracker and nuts together because despite how carby and health-conscious they are or whatever, they are definitely prime time traveling snacks. So maybe they aren’t always the tastiest option but there’s got to be a reason why airlines have made the pack of peanuts absolutely famous. (Guess you can’t count on the airlines bringing it around these days.) 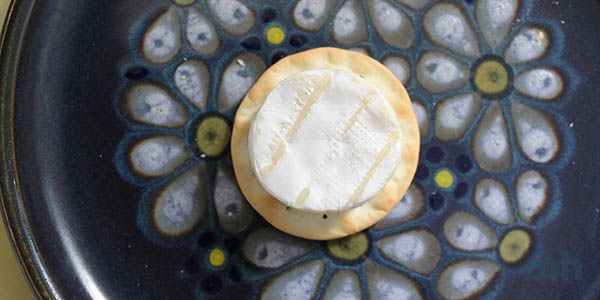 TJ's bite-sized brie. It's not even as big as a water cracker.

It depends on the cheese. I’d probably leave the goat cheese at home but bite-sized brie and sliced or cubed cheese as a nice pepper jack could be a nice accompaniment compared to your boring nuts. Mozzarella can sometimes transport well but I would leave the marinated stuff at home.

Prosciutto and/or other deli meats

I had an argument with my best friend recently who hated prosciutto. Aside from the fact that I’d probably disown her as a friend if it wasn’t for the fact she knows some seriously embarrassing things about me, prosciutto has a lot going for it. It tends to pack a lot of flavor in small punches, can be eaten by itself or be combined with other snackables or come as part of a greater whole commonly known as a sandwich.

Probably the only thing have to worry about it is saving the rest of it in an airtight container if you’re not planning to eat it all during your trip — airplane cabins are probably the most hostile food environment to all prosciutto worldwide.

Wraps and burritos, not sandwiches

I’m torn about the premise of a sandwich as a whole because the breadcrumbs left behind can rival Hansel and Gretel’s attempt trying to escape the evil forest. Go for simple sandwiches—I’d suggest to take a cue from the Italians on this one—and avoid sandwiches with way too many ingredients or require a sauce or melted goodness of some kind.

In this sense, wraps are perfect. Wraps often have a tendency to be somewhat flavorless, though, and while I won’t go so far as to suggest sauce to activate the tastebuds, I guess it’s okay if add something that has a slightly thicker consistency than water. Like hummus. 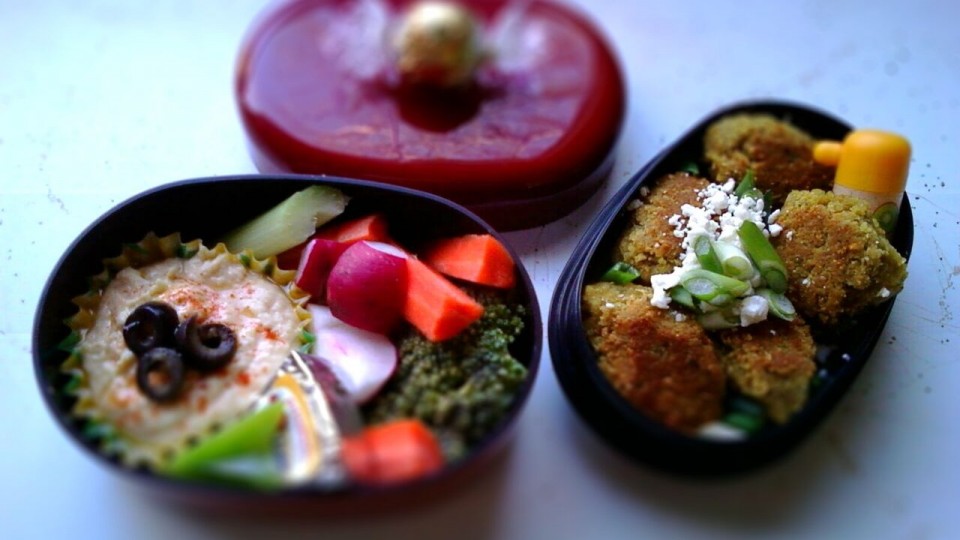 Portable hummus is great. Whether that’s paired with pretzels, celery sticks or baked pita chips. If I’m running short on time at the grocery or convenience store, the pretzel/hummus combo is almost always one of the most brainless options I reach for.

Bananas and other fruits

The banana is the epitome of eating healthy while on the road. It fulfills almost everything on my checklist: it’s healthy, contains actual nutrients and is easy to carry around. Washed grapes, blueberries and strawberries are also great side accompaniments. The only caveat here is that you’re better leaving the fresh fruit at home for international flights or, at the very least, make sure to eat everything before you get to your destination.

While I have no real objection to apples, pears and oranges, I almost always prefer them to be pureed and blended into sauce form before I think about taking them on the road with me. That’s more because I’m a lazy eater.

Chocolate for something sweet

But definitely not in candy bar form. Think bite-sized pieces here, not something that has the potential to melt into a giant chocolately mess. Okay, so it can still melt into an unrecognizable blob but if you’re breaking off pieces from a bar, there’s bound to be random chunks of chocolate flying into the air. If it’s already in bite-sized formation, the gooey mess tends to be somewhat more contained.

Ixnay on the muffins and cupcakes unless you want to be licking frosting and crumbs off of the seatback tray in front of you. Totally gross, right? Aside from the fact about what’s actually inside those things, things can get a little… out of control. If you’re going to spring for a baked good, try grabbing a cookie instead of a brownie, cupcake or muffin.

I could be the voice of reason here and tell you to opt for a healthy cookie but baked goods is one of those categories where I say if you’re going to do it bad, do it right. So to hell with it and get the regular Coke.