If it’s the one thing you should never leave home without, it’s an adapter. And no offense to the guys over at The Wirecutter, but I’ve blown out a few graveyards’ worth of travel adapters with the hairdryer in my time.

If you’re paying over $10 for a travel adapter, honestly, you’re paying for too much. Don’t forget that adapters are usually finicky things, and you’re bound to lose one or another after moving around like the Energizer Bunny. On occasion, they also like to stop working.

Updated: September 9, 2015Of course, I get to eat my words a couple years later. The Satechi Travel Router is our new favorite power adapter for $40. The difference is that the Satechi adds two additional USB ports and includes a travel router in practically the same size as the generic adapter we reviewed here. This is particularly useful for linking up multiple gadgets to one paid Internet connection in a hotel or plane. The $3 adapter is the still the best budget option if pinching pennies, though.

Tight on the purse, the cheapest way to buy a travel adapter is usually to wait until you’re at your destination. A simple, single-plug adapter should cost you no more than $3 or $4, in any country you’re at. But why not just buy a cheap all-in-one travel adapter before you leave? In fact, it’s not hard to buy one that doesn’t cost something ridiculous. 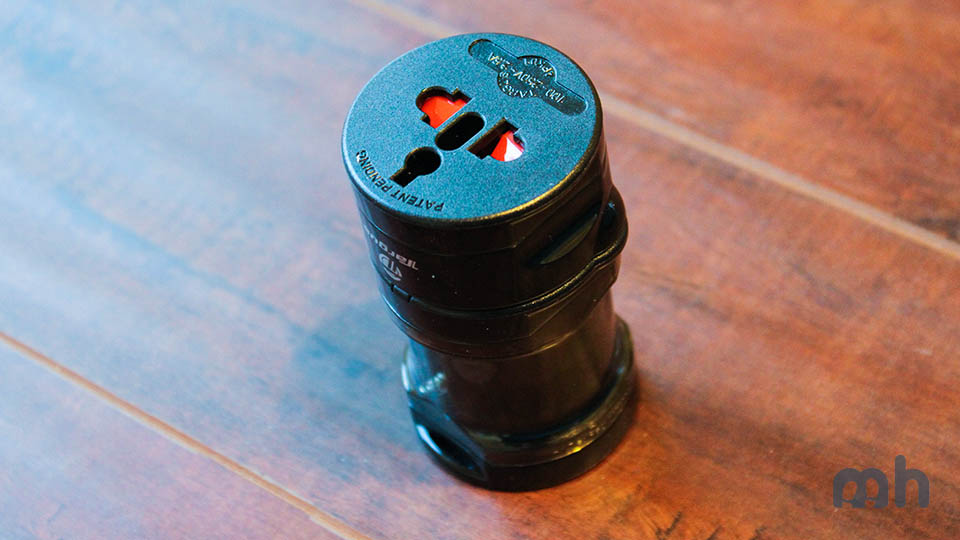 The high and mighty pricey Targus.

As a birthday gift from a friend, this adapter has traveled with me over nearly 100,000 miles on three different continents. Did it pass the hairdryer test? Many, many times. (Most probably because I now use the hairdryer on the low setting, and this thing also has a surge protector.)

It basically does the job, with its three-part design. I’ve used it in Australia, Britain, Asia and heck, even at home. (I do own a few devices with foreign plugs.) Though I’ve never used it in South America and Africa, it’s supposed to have good coverage there too. I believe it.

The snap-on plastic fastener does a good job of keeping all the plugs together and comes in its own carrying case to prevent the 3 different types from separating. Sadly, it is this separability that makes losing one plug that much easier. (Goodbye, euro plug.)

It accepts two types of pins though—just North American and EU—and there have been instances I’ve been forced to use two adapters plugged into one another to get my device working. It’s circular shape works extremely well for fitting into circular European outlets, though; something you won’t get with square-shaped adapters.

On the bright side, the plastic used feels quite solid, so there’s never really a fear of it suddenly breaking down on you. Though it has served me very well, and seems better constructed than other adapters I’ve used in the past, it’s also a bit on the pricier side around $20 on Amazon. But that’s not too much of a problem if you’re willing to head over to eBay to get a substantial price reduction. Still, there are more economical choices out there if you’re looking for the best value. 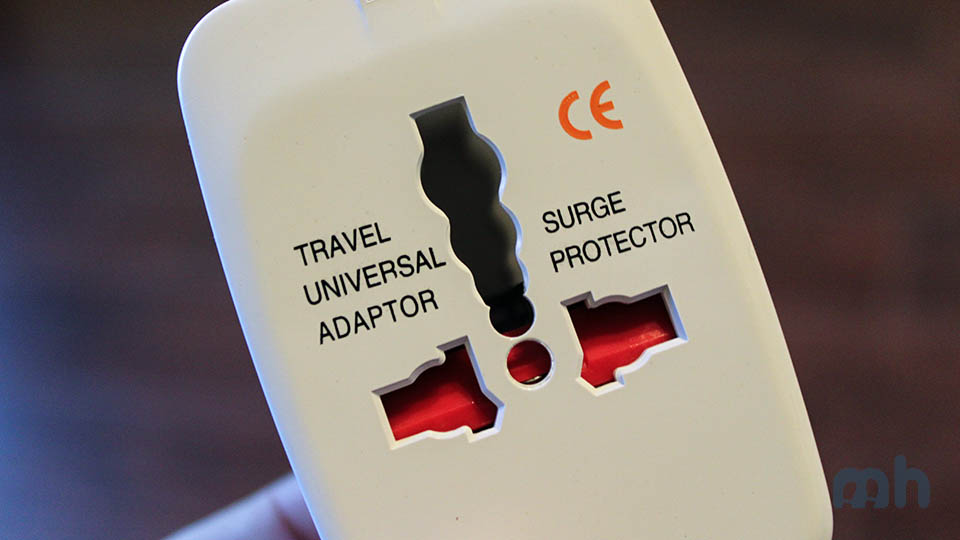 So what can you get for a mere measly $3? A four-star, off-brand universal travel adapter that seems to do the trick at a fraction of the cost.

The all-in-one design has several key benefits for it: you’ll never be short of bringing a pin type, and it accepts all types of prongs except for Australia’s V-shaped plug. It’s a pretty universal design, and I think everyone would do well using it – that is, except for Australians.

Correction: It actually accepts all prongs included the Australian pin. My bad.

To basically use the American or British plug, slide the green switches on either side to the unlock position. You’ll also want to lock it once you’ve got it on, to keep the pins in place. The only downside is that you have to unlock, manually shove it back into place, and lock it once you’re done using it.

It’s fair width and height compared to the Targus adapter is one of its drawbacks, making it possibly hard to plug in tight sockets. The Targus one, in my opinion, is best used if you’ve got to finagle some small spaces, like circular sockets that are frequently found in Europe. The plastic, while not as solid as the Targus, still seems pretty sturdy despite its low price offering.

Though the adapter doesn’t convert voltage, there seems to be an in-built surge protector as an added bonus. Ok, given that it was made in China, I’d be skeptical of this claim, but if it does even indeed work, you’re getting even more bang for the buck. I’ll let you guys take that for what it’s worth, since I don’t plan on frying my laptop anytime soon.

However, it’s possibly the best value for your buck since you can snag it for even less than $3 off eBay, not like you really need to. It even comes with a small cloth carrying case. Imagine that.

Both products, though, fail in providing a USB charging port which is available in some off-brand and branded models. You’ll, however, pay a premium for such an outlet, and in the past models that I have tested that offered such a feature, charging has always been very subpar.

To be rather practical, though, in the end, I’d probably bring both. Though I’d give the edge to the nameless off-brand in terms of sheer value and versatility, there are upsides to the Targus adapter. After all, who knows when I’ll lose the next adapter.

Can't go wrong with a cheapo $3 generic Chinese adapter instead of a name brand one. Sometimes, expensive doesn't necessarily mean better. (It can be found under multiple brand names or grabbed off eBay for the lowest price.)