Survey says… things are improving for rewards program members. Some of them.

Southwest and airberlin tied in the number one spot with a whopping 100%. Virgin Australia comes in at #2 with 94.3%, followed by a tie at #3 between JetBlue, Lufthansa, SWISS and Austrian occupying the next seat with 92.9%.

So in case you didn’t read any of that: 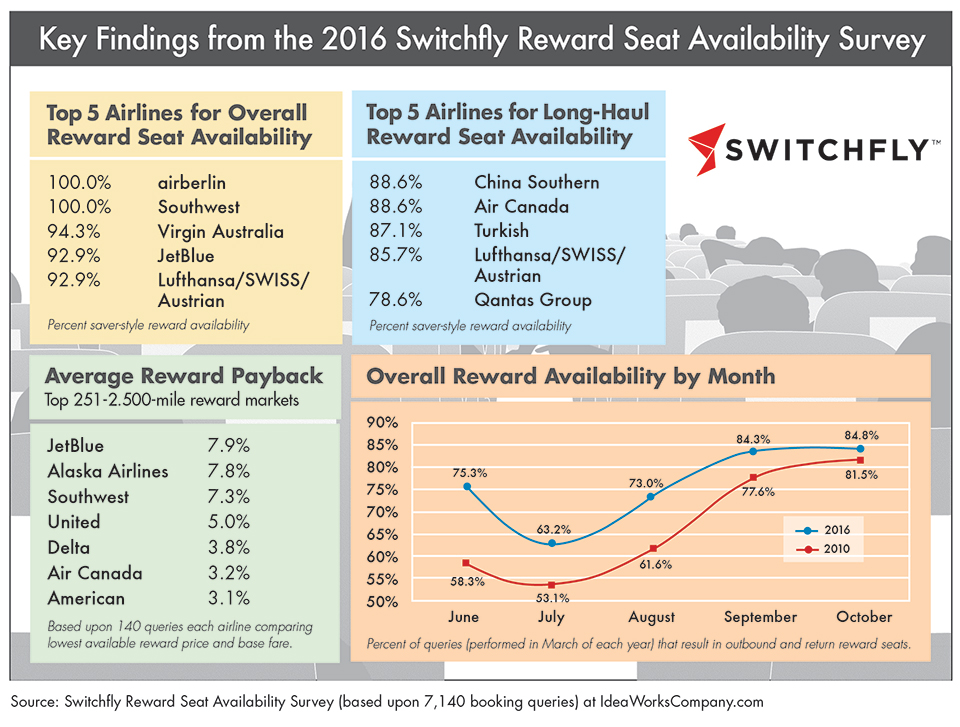 For the first time ever, the survey also ranked North American programs based on reward payback. JetBlue’s TrueBlue program topped the chart with a payback of 7.9% (or 7.9 cents returned for every dollar spent on base fares). Alaska Airlines comes in at #2 with 7.8%, followed by Southwest at #3 with 7.3%. American Airlines came in last with 3.1%. Better luck next year, AAdvantage members.

The survey also found solid evidence for seasonal shifts in reward seat availability. Findings over the past five years show that reward seats are least available in July, with 63.2% of queries leading to seats in 2016. Seats are most available in October with an 84.8% yield.

The good news is both of these numbers are up when compared to the 2010 survey. So even with seasonal shifts in availability, you’re still more likely to get a seat this year than ever before.