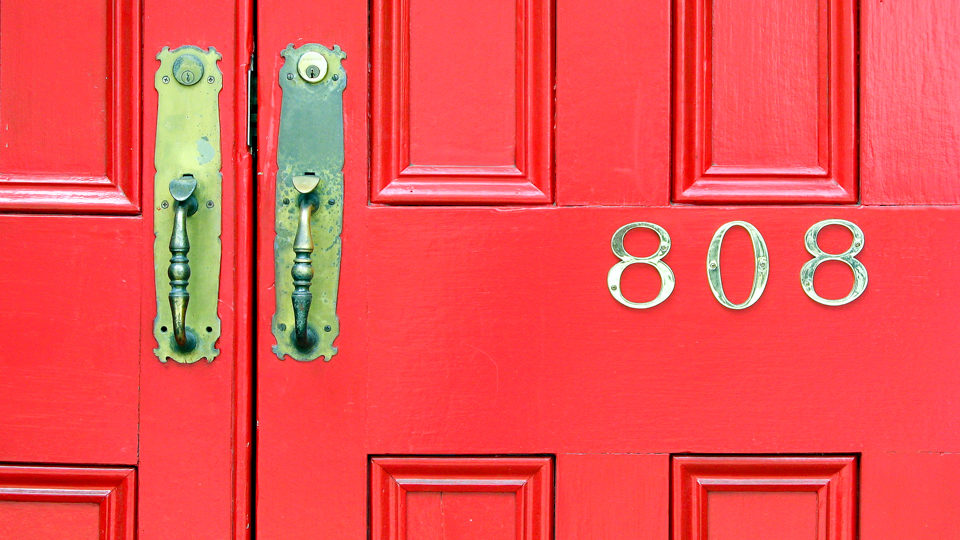 Last September, Airbnb added a feature allowing trusted Airbnbers to manage listings other than their own. Meaning, someone else can finally help out, and there's no need to manually coordinate everything or give them access to your account. But it doesn't mean there still isn't a lot of ground to cover and know before jumping in.

Traveling is an all-consuming activity that often doesn't leave much room for much else, including responding to messages from potential guests. Got to pay dem bills.

If there are time zone issues—say you're in Cambodia and the property is in NYC—it's also good reason to get someone available on the ground during waking hours. Things don't always go wrong, but that's also kinda like saying Trump would have never be elected President.

Pro TipThere's a shareable reference sheet to simplify the process of adding an Airbnb co-host, available as Google Doc and PDF.

Airbnb has its own co-hosts (if you don't know anyone).

For places where Airbnb is more “above ground,” Airbnb has been rolling out a co-host program where Airbnb hosts can select from carefully pre-selected co-hosts to help manage a listing.

(It seems like Airbnb has been populating these hosts from Superhosts, so its seems quality for now.)

The co-host program is only available in eight cities thus far (six American, two international): Austin, Chicago, Dublin, Miami, Seattle, Tokyo, Toronto and Washington D.C. Most of these hosts make anywhere between 10%-20% of a booking.

Co-hosting is not limited to these Superhosts. If you already know someone, it's possible to add any co-host by adding an email in the bottom-most, left-hand corner of a listing's settings.

Here's what to know before doing it.

It's really important for both hosts to vet each other to see if there's a mutual fit. Everyone has a different method and madness to making scrambled eggs. 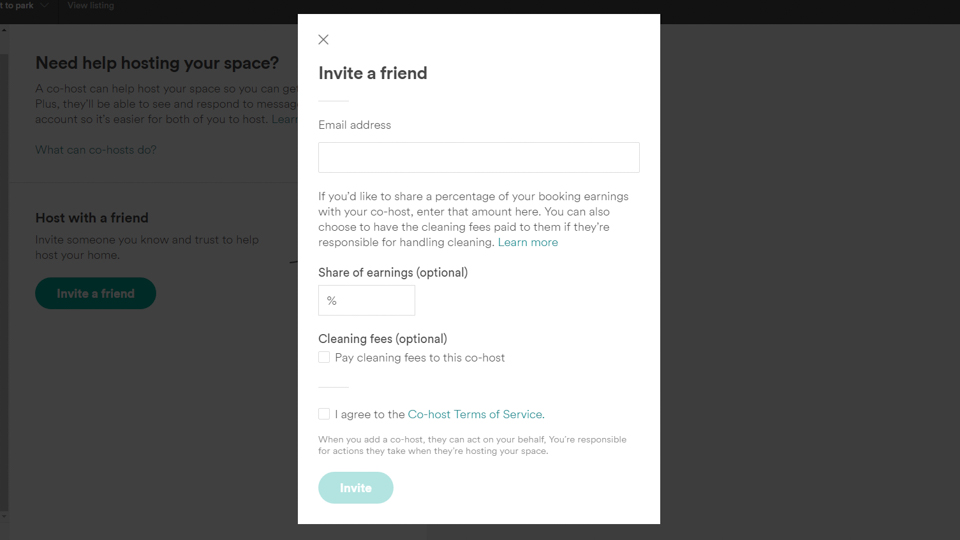 Most co-hosts have reported charging anywhere from 5 to 15% of a booking depending on the services required.

Here's some important points: Hosts should know full message history is not granted to co-hosts. The latter cannot see previous messages to guests before they agreed to help out. It's extremely helpful for the host to provide standard replies in case there are issues that the co-host can help out with.

There's also another consideration that is not so clear. Once a co-host is officially managing a listing, that person will receive the agreed fee for all completed listings from that point on, regardless if the initial booking occurred months ago under someone else.

Communication is a two-way street.

It's a business relationship. There are many complexities handling an Airbnb listing all on its own, so throwing an additional person in the mix has the potential for things to get complicated. Because of that, it's usually necessary to discuss a few questions upfront.

(Look, as tempting as it is to email and/or only text, at least one good phone call is in order at the beginning to set the record straight.)

Here's a list of basic considerations to think about.

The finer details of the listing 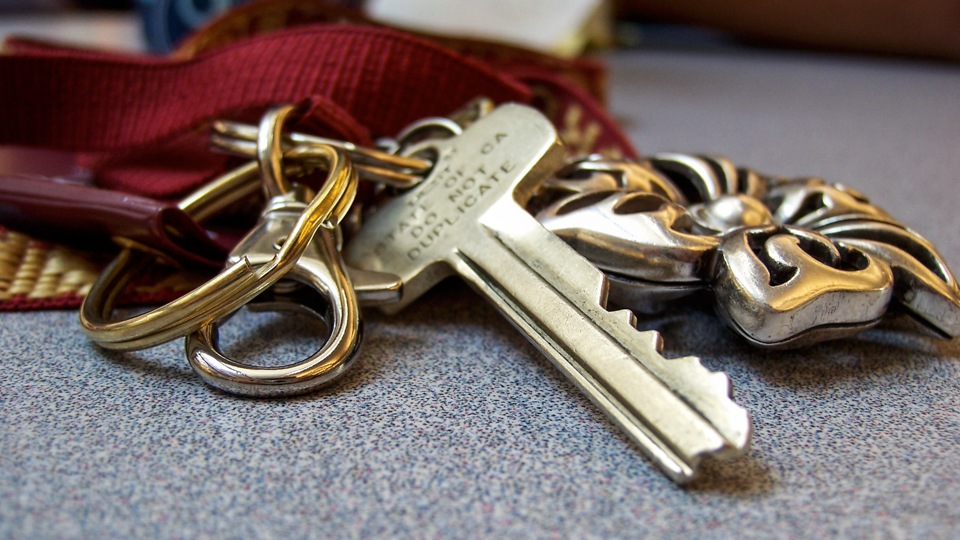 Don't forget to ask where they are. (Angela Mueller / Flickr)

It's important to know where the keys are.

At the very least, the full house manual should be provided for both co-host and guest, which is very easily provided by making sure Airbnb's listing system is filled out as much as possible. (Of course, there are a lot of absent-minded guests, which is why it's great that all parties have this information on hand.)

Some basic information included in the house manual should cover things like address, keys, directions, Wi-Fi, trash and any other miscellaneous rules that are specific to that property. You'd be amazed at how some of these things get accidentally left out (like where the keys are stored!).

The reference guide for onboarding a co-host

Based on our experiences co-hosting, Map Happy has created a shareable guide that should significantly reduce the amount of time it takes to get another host up and running on the same listing.

It comes in two formats, Google Doc and PDF.

The Google Doc is easily transferable to a personal Google account. Once it's filled out, it can also be shared to the co-host Google's account through the document's settings.

If you're feeling a bit old-school, there is a fillable PDF also available for download, and can then be sent to anyone via e-mail, Whatsapp, fax, raven or any other format of your choice. 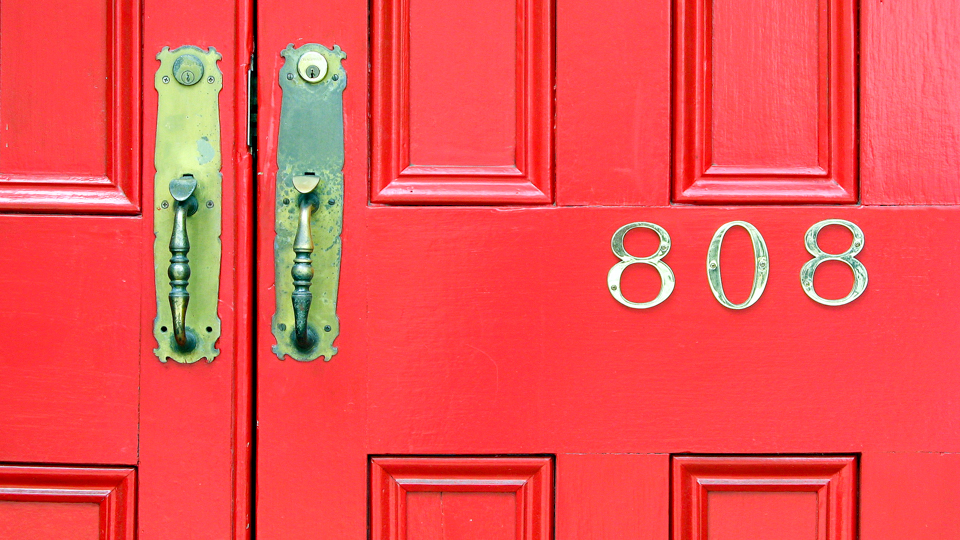 Becoming a co-host is mega information overload all at once. One note: Pay attention to how co-hosts are paid throughout their tenure, and how the cleaning fee is distributed.

Download the Google Doc or PDF to speed up the process.