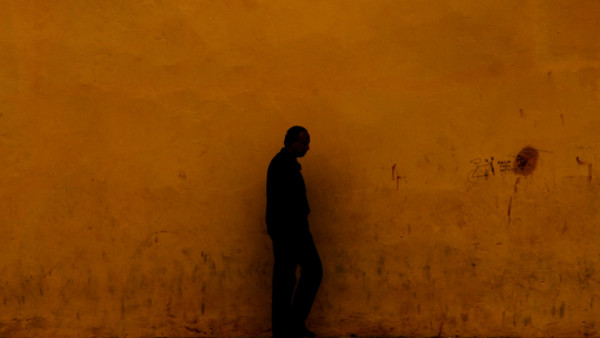 l doubt I'm alone in saying that Casablanca put visions in my mind of visiting Morocco a long time ago. Intoxicating souks, winding through the streets, taking in the scents and smells and amicably haggling with merchant wearing a fez (language barriers don't exist in travel daydreams, obviously).

For being a relatively small strip of a country hugging the African north coast, there's a lot to see. There's the bustling port city of Casablanca, the country's financial capital, and the fellow port city more north of Tangier. The country's imperial red cities include Marrakesh, snake charmers and enchantments galore within its walls and Fez. But if you have time to make out to see the natural phenomena, you can't go wrong with the snow-capped Atlas Mountains, home to the Berber culture and people, jutting into the skyline and the swaths of the Sahara desert.

Turns out Morocco wasn't some undiscovered place where I was one of a handful of tourists. The country relies heavily on tourism, particularly the touristic capital of Marrakesh, and it's well prepared to handle them and ready to present them with bites of the country and culture. Suffice to say, it's a fascinating place: sometimes places are not always what we imagine to be, and that's half the fun. 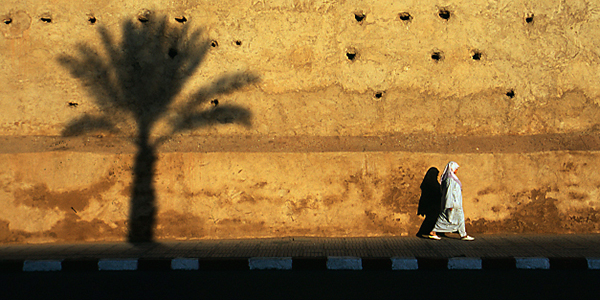 Moroccans are pretty much polyglots. The official languages are Arabic and Berber. (Quick lesson: The native Berber people hail from and reside in the Atlas Mountains and surrounding region.) Most Moroccans also are fluent in French and some will mix Arabic and French in everyday conversation. Expect all signage to be in Arabic and French.

Morocco's Francophone status makes it a popular destination for Europeans (as well as its proximity), especially for French people looking to dip into a non-Euro destination. Makes total sense.

Morocco really spreads it out. Casablanca is the country's financial capital, while the red city of Marrakesh is really the marquee tourist destination. Both cities have international airports, though the masses are in and out of Casablanca's Mohammed V International Airport (CMN) in greatest numbers.

Casablanca also is a major port city—thanks to the movie for that geography lesson—and many tourists enter and leave the country through ferry. This is a popular mode of transport for Europeans, who often hop on board from Spain to Morocco (Tangiers) across the Strait of Gibraltar. Companies with service to and from Morocco include Transmediterranea Acciona, FRS Iberia and Inter Shipping. 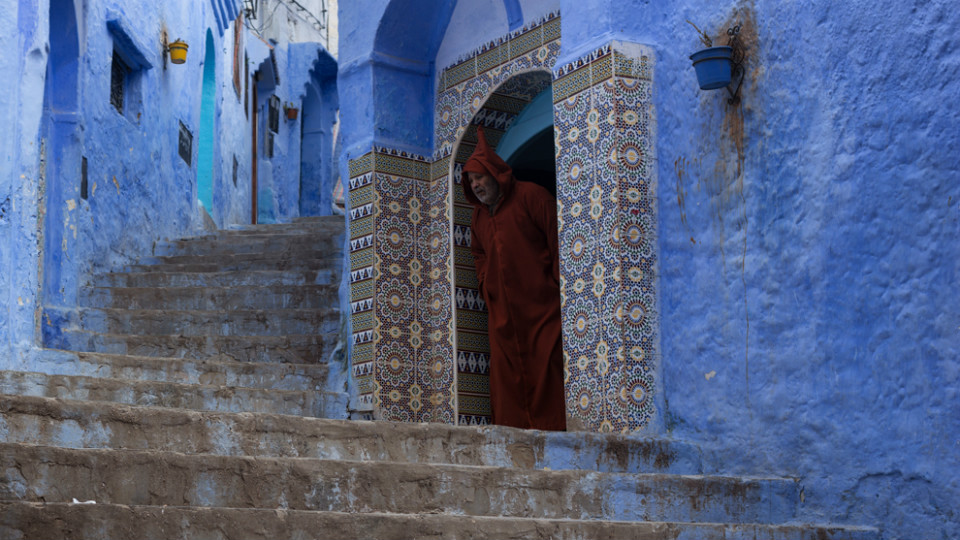 This country is pretty relaxed when it comes to visas. There's no visa needed for visitors from the U.S. and E.U. as long as you're not planning to stay more than 90 days.

People mostly get everywhere by driving, which can be frustrating as a tourist, though it's easy enough to find and arrange transfers between cities and out to the main tourist attractions. Buses are a popular, low-cost option between cities with the major carrier being Compagnie du Transports au Maroc (CTM).

Morocco also has railways running throughout the country and has been laboring to get high-speed trains onboard. Rumor has it they should be zooming along by the end of 2015.

The local currency is the dirham (dh, د.م.) and it's a nice and easy ~10:1 with both the Euro and U.S. dollar. The currency isn't pegged to the dollar so I just love it when it's easy to convert like that.

Most major places take credit cards and they'll swipe it right in front of you with one of those handy portable machines. Oh, what technology can't do these days.

In many popular shopping zones—especially but not exclusively the markets—everything is negotiable. Even in certain small stores on side streets in Marrakesh, owners were open to haggling. In fact, not only were they open to it but they expected it.

Haggling in Morocco works in extremes. Merchants give insane, exorbitant quotes at first and in all cases I ended up paying a fraction of the original price. (I probably was still overpaying but not by, like, tenfold.) It takes energy and wherewithal but it's how things are done. I was recommended to find someone who speaks Arabic to get in my corner and help out because apparently that'll slash prices real quick.

Tourists in Morocco should be ready to shell out an estimated 10%. Most people interacting with tourists expect or at least would love a tip, though word on the street is that French tourists in Morocco are known to be stingy. (Americans don't make it there in as great volume, though, so not much in the way of stereotypes there.) 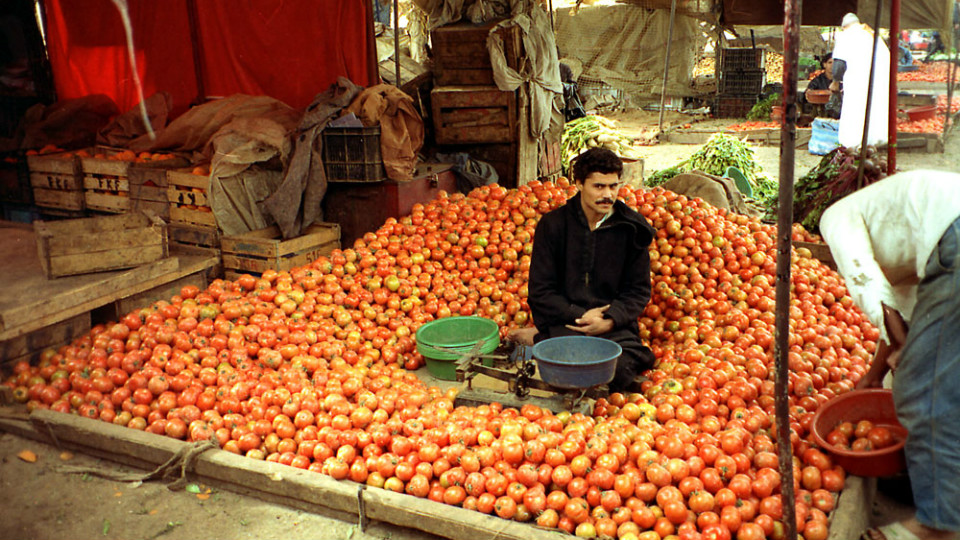 Moroccans love spices and herbs, and I love them for it. Saffron, cumin, tumeric, cilantro: They use it all in abundance.

The most traditional dish is tajine. Little did I know that tajine isn't just one dish but that there are dozens and dozens of types of tajines. As I learned, the word actually refers to the type of distinct-looking clay pot the food is cooked in. A tajine is essentially a stew, usually involving good stuff like meat, vegetables and roots like potato and beans to thicken it up. Warm, heavy and delicious. Never mind that it's hot in Morocco pretty much year-round.

Lunches and dinners usually begin with salads and ends with tea, so it's a whole ordeal. Traditional Moroccan tea is sweet and minty, served with whole sprigs in the cup. Olives are always served, too, in dishes or on their own plate.

Alcohol is actually sold in Morocco under the premise that it's just for tourists and non-Muslims. There aren't any hitches to obtaining alcohol. Seeing as Morocco is a Muslim country and practicing Muslims technically don't drink I was thinking it might be hard or uncomfortable to go about imbibing in the country. That definitely was not the case. In reality plenty of Muslims do drink and they have no problem obtaining alcohol. (No one is standing at the supermarket or bar checking for religious affiliation.)

Time is a flexible concept in Morocco, as Moroccans tend to have a more relaxed approach to things. People would say something like "in a minute" and it would actually be 20 minutes, or a tour I was informed would be one hour would end up being two.

Meal times are closely on schedule with the U.S., though people take dinner a little late, around the time most New Yorkers and San Franciscans take dinner. Lunch is consumed around midday (many shops will close for lunchtime) and dinner begins around 7:30 p.m. As for nightlife, people go out to bars around 10 p.m. when dinner wraps and head to clubs usually by 1 am.

Things tend to be much quieter on Sundays overall.

Authorities say drinking from the tap isn't safe, so bottle up. Most lodging will provide guests with bottled water. I actually brushed my teeth with tap water the whole time I was in Morocco and never got sick — and I have a pathetically weak stomach.

The country code is +212. The major mobile phone companies are INWI, Maroc Telecom and Méditel. 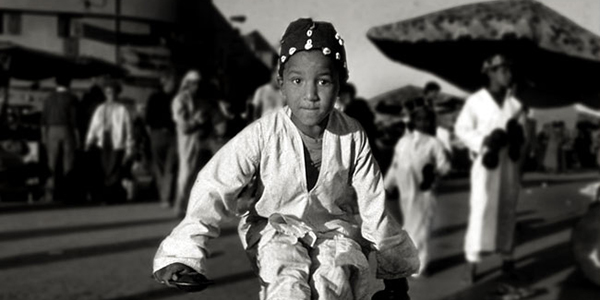 I heard my fair share of warning tales before heading to Morocco, including from some worldly and well traveled female friends. Fortunately I felt safe and comfortable the whole time I was there but women especially are told to always be aware when in the country. The facts are that Morocco is by and large a conservative, Muslim country and many people hold very traditional views on women.

Some friends recommended I wear a ring on my ring finger as a preventative measure to stave off aggressive/unwanted advances. I didn't end up doing that but my friends and I always stuck with a male we knew and ignored pretty much all comments from men, even when sounded innocuous or friendly. Maybe it was overkill but I always err on the side of mindful when I'm traveling somewhere so distinct culturally from what I'm used to. Not my country, not my culture, best to be respectful of local norms.

Many Moroccan women don simple headscarves or hijabs to cover their heads. Some were entirely covered up but not all. Simple outfits like jeans, a top and flats are fine. In the cosmopolitan cities people don't really cast dirty looks for bare shoulders but erring on the side of conservative won't hurt — we left our crop tops at home. All in all, I got the sense people were open letting tourists doing their thing, including with dress. (Side note: We were warned to avoid photographing women in Morocco because men can take serious offense to that.)

Like pretty much anywhere, pickpockets know where the tourists are.

European-style sockets with the two rounded prongs will do.