Map Happy » Transit » The Reclining Wars: Which Side Are You On?

Reclining is a divisive issue, apparently. Who knew?

Some people, like myself, think of the space surrounding the seat back included in the purchase price. Room is limited as it is. It only makes sense to stake a claim in every cubic centimeter possible. (Besides, the seat includes a recline function. You’re paying for that, right? ) But it turns out people are as conflicted about this issue as they are about Taylor Swift’s everything.

In fact, when I surveyed readers on their reclining habits, I found my way of thinking was far from standard. I was expecting a few reclining naysayers here and there. But a 52/48 split? Not so much.

It all goes back to seat shrinkage. Seat pitch in particular––the space between a seat and the one behind it. Back in 1985, seat pitches in economy ranged from 31 to a spacious 36 inches depending on the airline.

Flash forward to the present and flyers are lucky to get 33 inches. 28 and 29 inch pitches are all too common. Just look at this SeatGuru chart. It’s grim.

Though it may not seem like much, those extra inches make all the difference when the seat in front reclines. No wonder everyone’s so riled up about reclining.

First, the case for it.

“If everyone reclines, there’s no problem,” says Shayna1. She’s a budget traveler who regularly shuttles between Boston, NYC, and LA. “It just makes sense. Why wouldn’t you recline?”

It’s a fact for those in the pro-reclining camp, reclining is a natural state—the proper way of being in-transit. Shayna goes on to say, “I can’t think of anyone who doesn’t try sleep at least for a bit on a plane, right? Who sleeps sitting up? No one.”

Anything else is unthinkable.

Is reclining a sin?

Like most politics, the anti-reclining camp is just as vehement. Not reclining is an absolute good in line with saving humanity.

It’s clear that most travelers against see it as a policy of courtesy: “I never do it,” says an avid budget traveler. He declined to be named, but he knows exactly how far the dollar will take him. “I hate it when other people recline. Why would I do it to them?”

Most travelers who tend to be against reclining also tend to see airline services like à la carte service. Along with that, to save a couple of bucks means giving up space — and dealing. “I’m not paying for comfort,” says the budget traveler. “I’m trying to pay as little as possible to get shipped from point A to point B.” 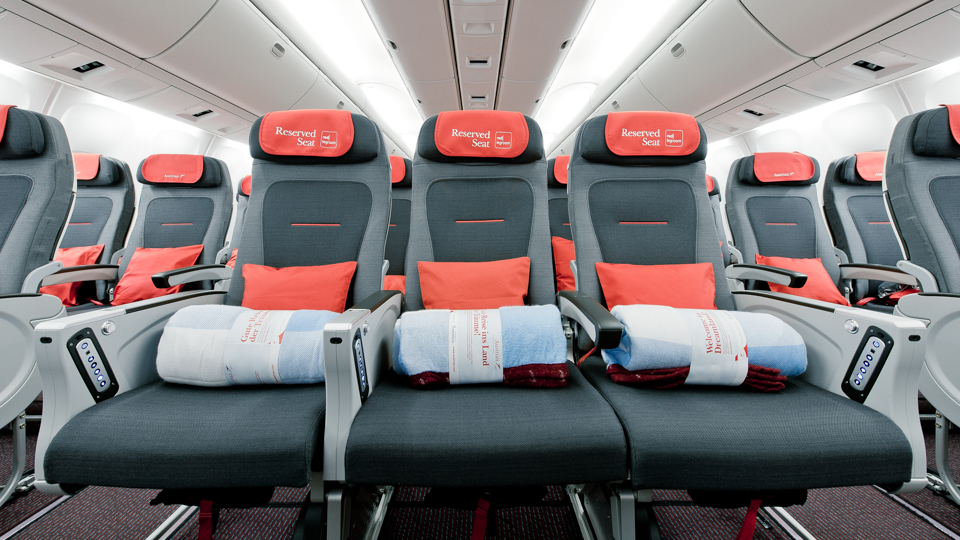 It isn’t pretty when the two camps meet in the wild. “Usually, I play the passive-aggressive game,” the budget traveler says. “If someone reclines into me, my knees go right against the back of their seat. You take some of my space, I take some of your comfort.”

“If someone complains, I ignore them,” says Shayna. “If they make a thing out of it, I’ll tell them to [expletive deleted] right off.”

But, is a bit of swearing is tame compared to some recent hijinks? Remember when a Southwest flight had to turn around because a passenger choked the woman in front of him for reclining? Or when a fight broke out on Delta Airlines for the same reason? This issue really gets folks fired up.

Is money the great equalizer?

But what about travelers who shell out extra dough?

Janet flies business for work and economy on her own time. For her, it’s all about the seat. “If I’m flying transatlantic and there’s a lie-down business class, of course I’ll recline. It won’t detract from anyone else’s comfort in that case.” Turns out money really does buy happiness.

“I’m more likely to recline the more money I pay,” says an occasional recliner. He also declined to be named, but his take on the reclining controversy is refreshing. “If I’m on a dollar bus, then everyone’s in the same boat. Everyone’s uncomfortable. I’m not gonna make it worse for anyone else. But as soon as I pay up to premium economy or business, I feel like earned the right. Plus there’s more room to work with.”

Seems like a fair and balanced way to look at things. It’s a sentiment I can appreciate.