Repeat this after me: No one looks good after a 12-hour flight. No one.

Instead, mission critical goals should be trying not to look like you stepped out of The Walking Dead. There’s no magic trick here, just lots of sleep, water and the realization that makeup is probably the worst thing for maintaining baby smooth skin in a hostile environment like an airplane cabin. Using some of these weapons at your disposal might also help.

Unless there’s a specific reason for dressing to impress during the flight—and you might be—just say no to the heavy makeup. A 14-hour flight is not the time to win over your honey baby.

In fact, makeup is the worst for skin on the plane. Personally, it’s not a bad idea to wear light makeup on the plane, and then to wash it off in the middle of the flight. Some people have found it easier to go completely without. Including Victoria’s Secret models.

I don’t wear makeup during the flight, so I can apply moisturizer or face mist without making a mess.

Plait your hair when you sleep

To keep it from getting tangled. Genius. (Or carry a brush for afterwards.)

There’s a reason why I always bring some toiletries with me on a long-haul flight. Though the plane bathroom may not be the most germ-free place in the world—seriously, don’t read that article if you ever want to function normally on a plane again—it is still the best place to freshen up.

In my book, a proper toolkit includes face wash, moisturizer and/or hydrating mist, a toothbrush and toothpaste. Hydrating facial masks also aren’t a bad idea. Remember this: the inside of a plane is drier than the Gobi Desert, so plan for it.

Take a shower when possible, or between connections

The number one rule of long-haul flight preparation is always to take a shower before taking off for the airport: There might not be another chance. I once stumbled off a 32hour one-way, to be greeted by family and friends, who immediately asked if I was hungry. The first words that tumbled out of my mouth might have included “shower” and something about not having one in “two days.”

On the flip side, I once took a shower at the airport lounge smack dab in between a Los Angeles-Sydney and Sydney-Melbourne flight, changed into a fresh set of clothes, and then applied my makeup for the last portion of the flight. The guy I was dating remarked how great I looked for such a long flight when he picked me up. (I was silently beaming inside, reveling in the mastery of such girly skills.) 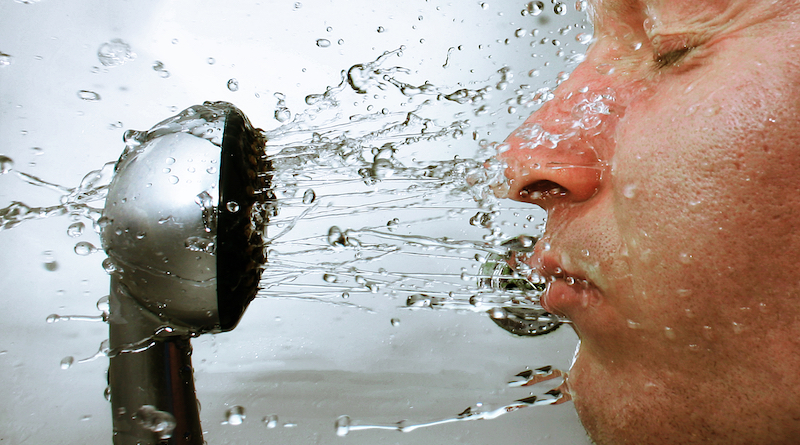 The simple act of having a shower can often make a marked difference in mood and energy levels (it’s like night and day). Even if you have to pay for a shower at the airport, trust me, it’s worth seeking out.

Do the makeup after the flight, before leaving the airport

This I learned from a girlfriend who routinely put in a hundred thousand miles per year, for almost her entire life. In the airport bathroom, if you have to. Then leave, looking like a million bucks. Be Beyoncé.