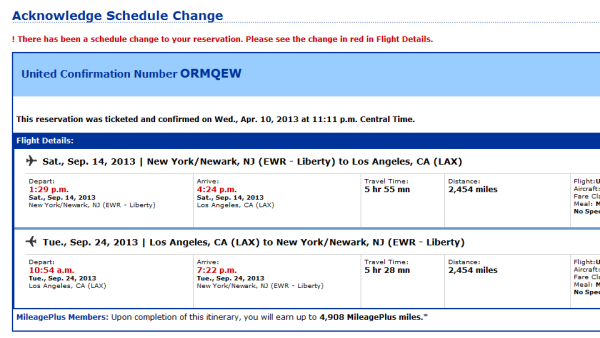 There’s another advantage to booking way in advance just besides snagging a really good deal. If the flight gets changed, the airline gods have just thrown you a bone.

You now have the opportunity—that’s if you need it—to change or even cancel your flight however you want. Yeah, even without a fee. There also miiight be the chance that I’ve decided that I don’t want to go to Denver anymore nine months from now. Oops, cat’s out of the bag.

Schedule changes can affect itineraries in a number of ways, especially when you end up taking in all the logistics of traveling. All of a sudden, your three-hour layover is an unbearable seven-hour layover, or puts you at risk for missing a flight entirely. But when the airline is the one to change your trip—even by five minutes—the gist is that they’re the ones who need to fix it.

When an airline makes a modification of any type to an itinerary, this will usually qualify you for some flexibility, Even if your flight departure time ends up only changing by a handful of minutes, you’re in a better position than you began. (It’s a little hard telling an agent that five minutes is a real inconvenience; you’re better off just asking for the change without a bullshit excuse. Apparently, a change of one minute has been known to work wonders too.) Things get more serious though when the changes are substantial, throwing your whole schedule by an hour or two.

This usually happens a few ways: when an airline makes changes to your reservation, they’ll usually ask you to confirm the change online on their website or notify you through email. If you see the change online, you’re better off not accepting so you have some leverage when it comes to making an adjustment to your schedule. Generally, by acknowledging the changes, you're effectively handing the ball back into their court.

Sometimes, though, it gets a little bit sneaky and no notice ever gets sent out. This mean, it’ll be on your head to monitor some of these changes, especially if they’re minor. Online travel planners like WorldMate, Kayak and TripIt excel in this department because they can help quite a bit when it comes to keeping track of the nitty gritty details. Otherwise, there have been times where I’ve had to compare this stuff against my email receipts just to double check.

Sounds like a hassle, right? Well, that’s $250 you’re saving for a little bit of flexibility. I guess at this point, you’ll have to determine whether you’re happy with your schedule or not.

Two weeks ago, I was on a flight from JFK to LAX and though it had come advertised as a ‘premium service’ route, two of my flights didn’t offer Wi-Fi. (Oh the horror!) When I called the airline, the gate agent offered to waive the change fee but noted I would have to pay the fare difference. I ended up making a change to an earlier flight for no extra charge, mostly to avoid my original flight which had gotten delayed for several hours.

On the second flight, on the way back, the flight attendant made a full service announcement on the plane offering to put passengers on a later flight for those who wanted the crazy new feature. I have to admit, this would have been more enticing if Wi-Fi was actually free. But we can’t have it all, can we?

Strictly speaking, most agents aren’t required to do anything for you. But let’s make it clear: they can bend the powers that be to their will, if they so choose. Theoretically, they can change the flight, change the dates or if it’s no longer convenient, and refund the whole reservation even if it’s on a non-refundable ticket. This more or less depends on the airline's contract of carriage, but you should be able to ask for most of what you want, even if its a credit for future travel.

But let’s not go all power-hungry, shall we? If you have a genuine request, it’s a good excuse to add some more flexibility to your schedule. You might even get that more expensive flight you originally wanted to fly out on! Though you don’t necessarily need to, it always helps to look at flight schedules and the airline’s website before you call. Have an idea of what you want — a few times, I came out with better suggestions than what the reservation agent offered.

If for some reason, you’re not liking what you hear, this trick works magic more often times than not: thank them for their time, hang up and call again. You’ll get there, eventually. 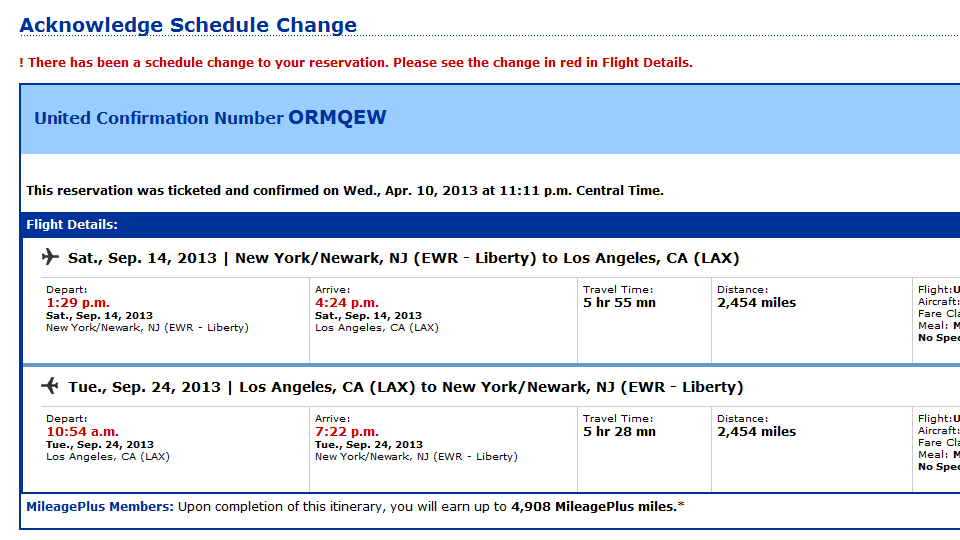